The Autodromo de Tocancipá is Colombia's only active permanent motor racing circuit, picking up the baton from the defunct Ricardo Mejía circuit to become a hub for regional motorsport.

Host to a full and varied calendar of events, the circuit is best known as the venue for the Bogotá Six Hours endurance race each December.

The circuit was born out of necessity, created hastily following the closure of the Autódromo Ricardo Mejía in 1980. With no other permanent place for people to indulge their passion for speed, it was feared that there would be a rise in illegal street racing and so thoughts soon turned to creating a new facility. The enthusiasts of the Club Los Tortugas - who had organised many races at Ricardo Mejía circuit and on the previous street circuits - began their search for suitable land.

Initial exploration was made of plots near the Madrid Air Base, in Cundinamarca and at the Parque La Florida. None were considered suitable and the search continued until land in the municipality of Tocancipá was identified. It was large enough to build a modern course and offered additional space for future expansion. Largely flat, it also had the advantage of not requiring huge earth moving efforts to be made.

Of course, finding the land and having the means to purchase it and then build a racing circuit are two separate things. Fortunately, the Club Los Tortugas was willing to sell off a petrol station that it owned and a new society was formed (Sociedad Autódromos SA) to raised the remaining funds which would be required. Initially 800 shares of 50 thousand pesos each were sold. Today there are 1,566 shares distributed among 319 owners, with the Club Los Tortugas having the largest number.

Work began on the new circuit, which occupied the majority of the land, with the Club Los Tortugas reserving a small portion for its own headquarters. Through the efforts of many volunteers the basic course was completed in 1982. Facilities were extremely basic at first; with no electricity, running water or communications, the new autodromo was essentially just a ribbon of asphalt. Over time, the circuit would improve substantially, becoming one of the best in the region, adding in all the amenities that you would expect of a major sporting destination.

The course was designed by Luis Esguerra and was just over 2km in length. It featured short straights and twisty, slower speed corners rather than the more expansive sweeps that had characterised the Mejía circuit. Prior to setting the layout, input had been sought from the top drivers of the day, with a consensus favouring a more technical design which would require greater skill from the drivers to be fast.

The original track was used clockwise but by the end of the decade, plans were being drawn up for an extension, which was open for action in 1990. This added a new oval section towards the end of the lap, which could be used independently. In addition a new link road allowed for the bypassing of the carrousel-like first turn in favour of a hairpin bend, while the circuit was also licensed to be run in either direction for the first time. While the majority of the races have continued to be run clockwise, the famous Bogotá Six Hours endurance race takes advantage of the reversed full layout. Overall there are now 10 possible variations of the course, plus the oval.

Throughout the 1990s, the circuit continued to develop, with new events being added and on track activity occurring on almost every weekend, leaving Tocancipa as one of the busiest tracks in the world. Much of that success can be credited to the skills of general manager Fernando Escobar, who joined in 1992 and spent the next 15 years developing the facility until his sudden and untimely death in 2007.

Today the circuit has a hugely busy calendar of events, taking in the popular TC 2000 touring car series, classic car events, drag racing, track days and, of course, the Six Hours race at the end of the year.

Planning a visit to Autodromo de Tocancipá? Find the best deals near to the circuit on hotels, apartments and rooms to rent from the map below.

The Autodromo de Tocancipá is located close to the village of Verganza in Tocancip Municipality, just north of Bogotá, Colombia. El Dorado Luis Carlos Galan Sarmiento Int'l Airport is around an hour's drive to the south.

To reach the circuit by road, head out of central Bogotá north on Autopista Norte and then take AK45 toll highway. Continue onto Route 55 (signposted for Chia and Zipaquirá). After passing the toll located at kilometer 19, continue northwards through the town of Briceño, past Parque Jaime Duque. Take the right turn, signposted for Zipaquirá and then cross the bridge and exit back onto Route 55 briefly (following the sign for the Autodromo), before then taking the first exit to the right. Follow this road until you reach the circuit on your right. 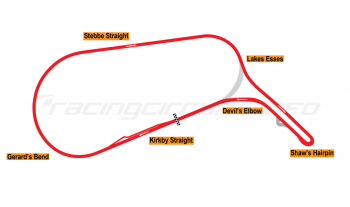 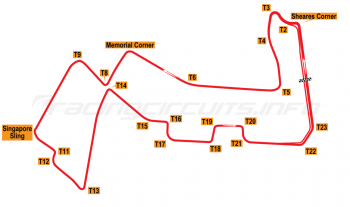 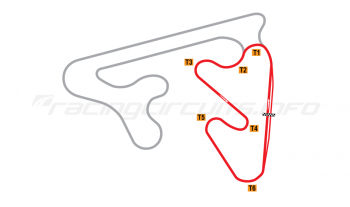