One of the largest motorsport complexes in South America, Velopark is located around 20 miles from Porto Alegre in Brazil's Rio Grande do Sul region.

Operating seven days a week for testing, corporate and private events, Velopark has proved hugely successful – more than 500,000 people have visited since its opening.

The highlight on the racing calendar is the annual visit of the Brazilian Stock Car Championship. Ricardo Maurico, Átila Abreu, Cacá Bueno and Daniel Serra have proved the men to beat since the inaugural visit in 2010.

The complex, occupying an area equivalent to 200 football fields, first opened in 2008 and featured a quarter-mile drag strip and three kart circuits, one of which is South America's only karting oval. When combined, the other two form the world's longest karting circuit.

The already impressive facility expanded further in 2010 with the construction of a 1.3 mile road course, utilising the drag strip as its main straight. While not the longest of courses, the combination of long straights leading into tight corners tends to result in close racing.

The new course opened for testing in 2010, which highlighted issues with the original turn one layout. Drivers complained of the likelihood of collisions caused by the funnel effect of vehicles closing in from the wide straight into the tight corner complex which squeezed between a bridge parapet. The tight concrete-lined pit exit also drew criticism.

Rather impressively, circuit management took the feedback in the right spirit and began immediate modifications, designing a new right left chicane and revised pit exit. More impressive still was the fact that by the time the first races were held later that summer, the alterations had been fully completed. The changes increase the lap distance to 1.4 miles.

This attention to detail is reflected in the pit and paddock infrastructure, which consists of 24 garages, each of which can hold up to four cars at once. A three-tier control tower, press room, VIP area, bleachers for 30,000 spectators, two clinics, restrooms, restaurants, bars, shops and recreational areas complete the complex.

Planning a visit to Velopark? Find the best deals near to the circuit on hotels, apartments and rooms to rent from the map below.

Velopark is located in Rio Grande do Sul province, Brazil.  The city of Porto Alegre is an 18.5 mile drive to the south, while the nearest international airport is Salgado Filho International Airport at Porto Alegre, which offers transfer to São Paulo and Rio de Janiero.

The circuit is located directly alongside highway 386 and has parking spaces for 5,435 cars and 456 motorcycles. 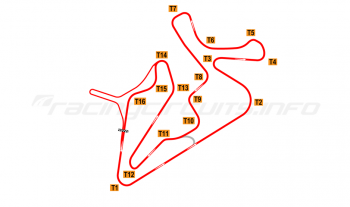 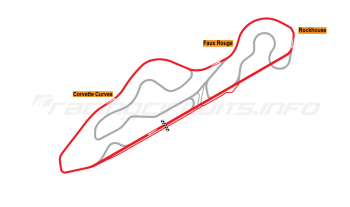 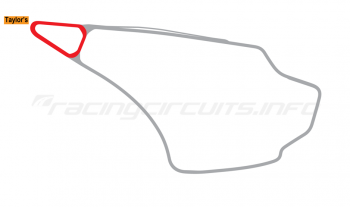