Among Brazil's newest tracks, Autódromo Velocitta is rapidly being seen as one of the best the country has to offer, both in terms of facilities and driver challenge.

Originally styled as Velo Città but simplified for marketing purposes in recent years, the circuit was the brainchild of Edoardo Souza Ramos, the Brazilian Mitsubishi importer and it is therefore no surprise that the Japanese auto-maker has been heavily involved it the circuit from day one.

Today the highlights of the racing season include two rounds of the Stock Car Pro Series, in addition to also hosting Stock Light and Formula 4 Brazil, while the new TCR South America championship also visits from 2022 onwards.

Planning for the track, built on land owned by Souza Ramos, started in 2007 but a complicated approval process meant that construction work did not begin until 2010. By the middle of that year, the first section of track (what would later become the Eastern loop) and the first three pit boxes were completed. A Ford GT GT3 was the first to lap the circuit in December of that year.

After environmental approval was finally secured, work on the second phase of construction took place during 2011, focusing on the western portion of the circuit and creating the full 3.493 km layout. Construction also began on the 'Racing Center' building, a multi-purpose facility with VIP lounge viewing of the track, exhibition space, briefing rooms and also hosting race control. This would be completed by October 2012.

In September 2011, the first testing took place on the circuit, with Mitsubishi Motors Brazil using the track to showcase its new model lineup. This was quickly followed in the New Year by the introduction of the Mitsubishi Lancer Experience. In March 2012, veteran driver Gil de Ferran visited the track to give his assessment and feedback, the first stage towards FIA approval. Then in June, the Confederation of Brazilian Autosport gave its approval for national motorsport use, with the first race scheduled for the following weekend. Marcelo Franco duly became the inaugural winner when he took victory in the Porsche GT3 Cup Challenge race.

The following year saw the debut of the Mitsubishi Lancer Cup, a new series which holds the majority of its rounds at Velocitta. At the inaugural round, five new pit garages greeted the racers as the circuit improvements continued. Then in November new guardrails were installed along the front straight as the circuit continued to seek FIA homologation, while an FIA-spec timing system and gantry had also earlier been installed on the start/finish straight.

The circuit was soon busy with manufacturer activity, with Suzuki booking the track for its launch of the locally-made Jimny, while Yamaha flew in Valentino Rossi for a promotional day at the circuit. The multiple World Champion lapped the circuit on a superbike and needed only two words to describe his thoughts: "Great track!". Triumph Brazil also put on a two wheel show when they booked the circuit for product launches later in the year, while the circuit has also been used by BMW, Mini and Bentley for other product launches.

The first international event was held in June 2013 when the circuit welcomed a stage of the 1000 Miles of Brazil historic road race, with a field of classic cars including one piloted by Nelson Piquet. Then, in October, the circuit received notification that it had been granted FIA homologation, making it only the fourth track in the country to receive such certification (though this has since reverted to national homologation for all categories).

At the end of 2014, alterations were made to the circuit to provide new, faster variants.  The Turn 3 to Turn 4 section was bypassed with a shallower series of S-bends (nicknamed "Caipirinha"), while the final corners were also modified to provide a more looping sequence.  The various different permutations will be used during the Mitsubishi Lancer Cup races among other events.

One thing that is unique to Velocitta are the amusing signs above the metre boards at each of the braking zones.  Each shows an image of a chimpanzee, who becomes increasingly anxious the closer the corner gets (see video below). It has become a trademark of the circuit and a much photographed-feature.

Planning a visit to Velocitta? Find the best deals near to the circuit on hotels, apartments and rooms to rent from the map below.

The Autódromo Velocitta is located at Mogi-Guaçu in the State of São Paulo in Brasil. The nearest airport is Viracopos International at Campinas, around an hour and 20 minute's drive to the south. São Paulo International Airport is a further hour's drive away but offers greater numbers of international flights.

The track is located off Highway SP 342 to the north-east of Mogi-Guaçu. Take exit 187 (signposted Nova Louzã) and take the first right hand road, effectively doubling back on yourself. This road leads directly to the circuit.

Parking is available on site, but please note that admission to the site is by invitation only as there are not yet general spectator facilities. 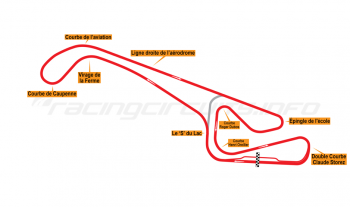 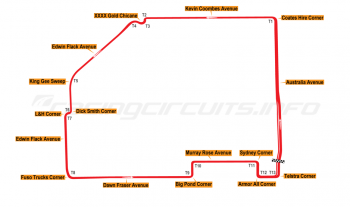 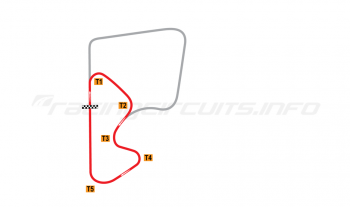