The Autódromo Internacional de Tarumã is Brazil's fastest track, boasting fast and sweeping turns which have tested man and machine for more than 40 years.

Located at Viamão, near Porto Alegre, the circuit is owned and operated by the Automobile Club of Rio Grande do Sul, making it one of the few privately-owned facilities in Brazil. As such it has to generate its income solely from the events it puts on.

The club itself has a long history, organising street races in the area as far back as 1949. By the late 1960s, the club was looking for a permanent facility and settled on a plot of land on the eastern fringes of the city. Construction was completed in late 1970, with the inaugural race taking place on November 8, won by Jayme Silva on board an Alfa Fúria GT.

Over the years, Brazil's major championships all paid visits to Tarumã, which was popular with drivers due to its challenging layout. The fast Turn One has little room for error, as the track entrance tunnel passes underneath, limiting room for run-off. Turn nine is also ultra-fast, requiring immense commitment to get the fastest time.

Facilities for spectators are pretty good; while original plans for the circuit envisaged large grandstands overlooking the start/finish straight that never materialised, there are still good viewing areas and camping is popular. Often the smell of barbecue grills wafts across the circuit during the events, though for those less adept at open-air cookery, the track boasts the fully-featured Tala Larga restaurant, which is open almost daily for locals as well as during meetings.

Tarumã played host to the first ever race of the popular Stock Car Brasil series in 1979 and other categories to race at the circuit included Formula Truck and Formula 3. A chicane was inserted at Turn Nine for certain categories of racing in a bid to improve safety (memorably used by VW Beetle racers in the mid-'90s, who ran the course in reverse), while the entire track was resurfaced in 1981. There was also general programme of run-off extensions where the landscape allowed, however as the decades wore on ever-increasing speeds put safety concerns into greater focus and the major series began to drift away. Happily, investment was sourced in time for the 2012 season, with new pit and paddock facilities inserted and a resurfacing of the entire track.

The safety upgrade allowed the return of the Stock Car series, alongside GT racing and Formula Truck. The return of the Stock Car races has not been without incident, however, with major crashes for Marcos Gomes, Wellington Justino and Nonô Figueiredo in 2013 leading to calls for further upgrades. It was no surprise to see a new chicane inserted at the fast Turn 3 in time for the 2014 races.  This has been re-shaped several times following complaints about the kerbing being too severe.

Planning a visit to Tarumã? Find the best deals near to the circuit on hotels, apartments and rooms to rent from the map below.

The Autódromo Internacional de Tarumã is located at Viamão on the eastern fringes of Porto Alegre in Brazil's Rio Grande do Sul state.  The nearest international airport is Salgado Filho International Airport at Porto Alegre, around 30 minutes drive from the circuit.  It offers connections throughout Brazil and also to Argentina, the USA and Portugal.

The circuit is easy to reach by road from the city.   Two options are possible, the quickest involves taking the 290 motorway out of Porto Alegre, then exit onto RS-118 at Gravataí.  Continue for around 8 miles south before taking a sharp right hand turn onto Estrada Gentil Machado de Godói, singposted for the circuit.  The track is a short distance along this road on the left.  Altough quicker, this route does involved tolls, so an alternative is to take Avenida Bento Gonçalves and Assis Brazil out of the city, taking the road to Viamão and following the signposts to the circuit. 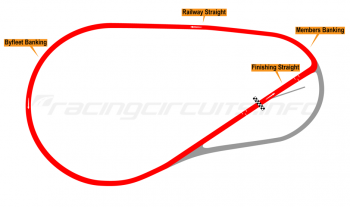 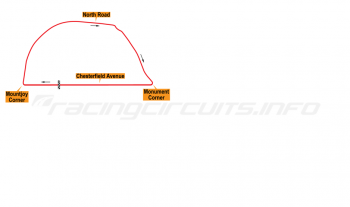 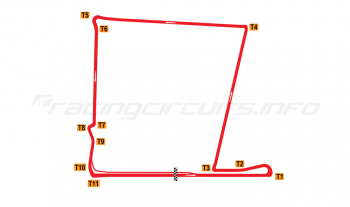