The Ribeirão Preto street circuit was held across two locations in the city during its lifetime, hosting the ever-popular Stock Car Brasil series from 2010 through to 2015.

The first location was at the Jardim Nova Alianca, with various modifications made to local roads to accommodate the race, including widening at its south-western corner.  The circuit was quite narrow in parts with limited run-off, which proved problematic in the races and, despite further modifications to the course, a new location was found in 2013.

This saw the track moved to an industrial area in the very north of the city, where roads were generally wider and there was less disruption to local residents.  After two further editions, the race was dropped from the schedules.

The impetus for a race around the streets of Ribeirão Preto originally came for the IndyCar series, which had been looking for an urban race to capitalise on the popularity of its Brazilian drivers. With Ribeirão Preto being the home town of Penske star Helio Castroneves, it was an obvious contender.

In the end, IndyCar chose São Paulo's Anhembi 'sambadrome' for its race, but the momentum for a race in Ribeirão Preto had built and the popular Brazilian Stock Car series picked up where IndyCar had left off, heading to the city for races across five years.

A location in the south of the city was chosen, set on rounds around a parkland arena, and in 2010 the first Stock Car event was held. The course was narrow and mixed speed, featuring a sweeping downhill first section, overlooked by the grandstands in the parkland above, before heading up to a central roundabout, off which the circuit diverted along a northern boulevard before switching back on itself through a tight hairpin. The pit lane was located at 90 degrees to the main circuit on another of the boulevards linked from the central roundabout.

The race was deemed a success, with a considerable spectator turnout, however the circuit proved bumpy and narrow and did not encourage close racing. For its second edition, the organisers made changes, creating a link road through the central roundabout which allowed for the use of a wider boulevard (Avenida José Cesário M da Silva) to the east and created a better pit lane entry. Again the races were a success and drivers felt the changes were an improvement, although overtaking was still extremely difficult.

Housing developments around the original location meant that closing off roads for racing was becoming increasingly unfeasible, so for 2013 a new location was found, this time in an industrial estate in the north of the city. The roads here were much wider and, while the course was perhaps less exciting, it did offer better opportunities for close racing. Crowd numbers were boosted further by a one-off appearance by home town here Castroneves, though they were left ultimately disappointed when he was ruled out from racing by a frightening practice crash. At the end of one of the fastest sections, Castroneves suffered brake failure and was left with little option but to pitch his car into the concrete barriers to try and slow its progress. He was escaped with severe bruising but elected not to race on medical advice.

While the Ribeirão Preto street race appeared to have secured its place on the Stock Car Brasil calendar, in August 2014 organisers announced the cancellation of the event, due to be held in November.   The government of Bahia and the local municipality had requested the cancellation due to the close proximity of local elections.  A revised schedule saw the fixture switched to the Santa Cruz do Sul circuit as a result.  The race was back again in April 2015 as promised, utilising the same layout as 2013, however it proved to be a final hurrah, as Ribeirão Preto was dropped from the calendar in subsequent years.

Ribeirão Preto is a municipality and city in the northeastern region of the state of São Paulo in Brazil.  The street circuit is located in the Luiz Roberto Jabali Industril Estate in the north of the city. 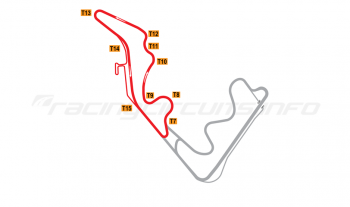 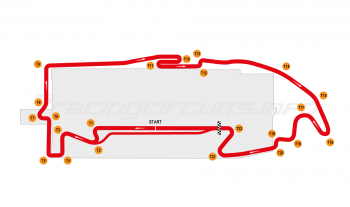 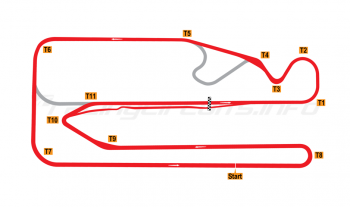