The Autódromo Internacional Ayrton Senna at Goiânia is undergoing something of a resurgence, providing a sharp reversal of a decade or more's neglect and decline.

Where once the track sat forlorn and largely abandoned, filled with fly-tipped waste and even the occasional dead body, today the circuit has been restored to use, with new pits and paddock facilities and good spectator amenities.

The track plays host each year to the major Brazilian championships, including Stock Car Brasil, Copa Truck and Superbikes Brasil.

The circuit in the Goiâs region of Brazil was one of number of circuits which sprang up in the 1970s to capitalise on interest in the sport in the wake of Emerson Fittipaldi's F1 successes. Goiânia was envisaged as being a hub for outdoor sporting activities and land was secured for these purposes, with the landowners donated half of it and the municipality buying the remainder.

Construction began in 1973 and was executed at a frantic pace. FISA had included the new circuit on the calendar for the World Championship for Makes (for sportscars), twinning the September event with the traditional October Buenos Aires 1000kms in neighbouring Argentina. It was touch and go whether Goiânia would be ready, but the cancellation of the Argentine leg of the overseas trip led to the inevitable dropping of the Brazilian event. Contractors thus were able to take their time and complete the circuit in anticipation of the 1974 season.

When it opened on July 28, 1974, drivers and riders found a modern and fast circuit, with gentle elevation changes and ultra-modern facilities. The concrete pit garages complete with viewing terraces above, imposing control tower and large covered grandstand were all comparable with the best in the world at that time. An innovative feature was the continuous spectator bank around the perimeter, which allowed huge crowds to gather and enjoy the racing with a grand view of most of the circuit.

Goiânia was considered to be very safe, particularly for motorcycle racing, boasting huge run-off areas which required very little in the way of armco barriers, save for the around the circuit perimeter. Even today's modern 'Tilkedromes' with their swathes of painted asphalt pale in comparison.

The abortive brush with the World Sportscars was the first and only chance that Goiânia had to gain international class car racing in its early years; when the 1974 calendar was published there was no South American leg. Nevertheless, Goiânia carved out a reputation as a venue for regional and national level racing and regularly hosted the region's biggest sporting events.

The search for a signature event continued into the 1980s, when finally organisers managed to tempt the Motorcycle World Championships over for the first Brazilian Grand Prix in 1987. Wayne Gardner took victory for Honda in the 500cc race. Two more events followed in 1988 (won by Eddie Lawson) and 1989 (won by Kevin Schwantz). Riders loved the circuit and the atmosphere among the crowds of up to 100,000 who turned out to watch was electric.

Time, however, was not being kind to Goiânia's track surface, which was beginning to break up and become uneven. A complete resurfacing was required and, when not forthcoming, the FIM had no hesitation in dropping the circuit from the calendar and electing to race instead at first Interlagos, and then Rio's Jacarepaguá circuit.

In the 1990s, the circuit was renamed in honour of Ayrton Senna after the Brazilian's death, though in reality he had never raced at Goiânia. Racing continued, with the local stock cars, truck and superbike series all featuring.

A resurfacing project was eventually approved and carried out by the municipality, but this turned out to be a disastrous botch job. Instead of using asphalt designed for the rigours of racing, the circuit was treated with the road surface used on the streets of the city; almost inevitably, this proved inadequate and was soon in a worse state than the surface it had replaced.

Circuit sinks into a deep decline

And so began the period of decline. Brazil's major championships began dropping the venue from their calendars until it reached the point that the circuit was virtually abandoned, save for a handful of local races. Still owned and operated by the municipality, the circuit's operating budget was gradually reduced, to the point where is was reported that electricity was turned off completely between events and site security patrols cancelled. Vandalism became common as the circuit became a gathering ground for less desirable elements of society. Dead bodies were even found dumped within the grounds as the circuit became caught up in the city's drug wars.

By 2011 the regional governor had had enough and announced plans for a new facsimile course to be created in a neighbouring district a few miles away. Funds for the circuit would be raised by private investment and proceeds from the sale of the land occupied by the current circuit, which would be turned over to condominiums. Hermann Tilke attended the announcement and design plans were circulated, although contracts were still to formally be negotiated.

The writing appeared to be on the wall for the original circuit, however, opposition began to grow. The original landowners threatened to take the local government to court, as they had placed a covenant on the sale in the 1970s that stipulated the land could only be used for public sporting events. Estimates of the revenue the land sale would generate also proved wide of the mark and political opponents began questioning the project's viability.

With no realistic offers for the land on the table, the governor announced a u-turn in 2012, cancelling the new circuit and instead making R$ 30 million available for renovations of the existing facility. Work started immediately, including the removal of more than 70 truck loads of rubbish from the site.

Major construction works began in summer 2013, including the demolition of the original pit buildings, control tower and media centre, to be replaced with new facilities to FIA standards. The troublesome track surface was also addressed, with a complete resurfacing ordered, this time to proper racing standards. In addition, the grandstand was refurbished and a new car park with 10,000 spaces built, while retaining barriers and walls around the circuit perimeter were renewed.

The plans eventually envisage the creation of a multi-sports facility, with an arena, a park with basketball courts and a skating rink all set to emerge. Work on the circuit itself was completed by April 2014, when it hosted a round of the popular Stock Car Brasil series to signal its return to the motorsport mainstream.

Planning a visit to Goiânia? Find the best deals near to the circuit on hotels, apartments and rooms to rent from the map below.

The circuit is easily reached by car, located alongside Highway 20, a short drive from the city centre. 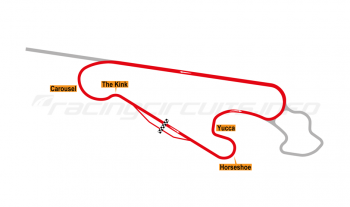 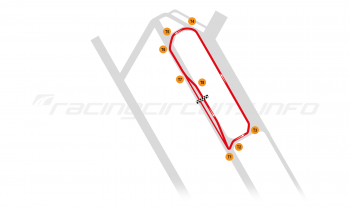 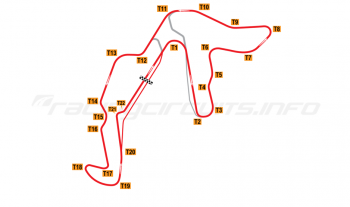