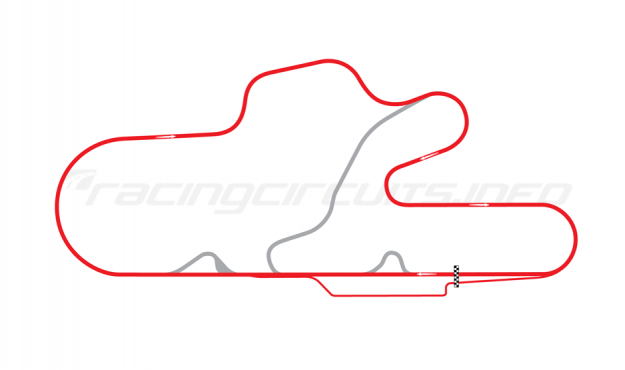 The Autódromo Roberto Mouras at La Plata was created in the mid-1990s and named for a great hero of Argentina's Turismo Carretera, three-time champion Roberto Mouras, who had been killed a few years previously. The circuit was the brainchild of a group of partners who invested in the Autodromo La Plata Foundation to create and run the circuit.

The first race came on 20 October 1996, when the Turismo Carretera paid its first visit. After several rain delays, Emilio Satriano took the inaugural race win. For the first few years the TC cars made use of the chicane ahead of the long first curve, though in subsequent years the races have bypassed this altogether.

A number of developments have been made over the years; in 2001 a short course was added, while a second chicane (which can be used in combination with the short course) was added in 2005. The most notable addition has been the addition of a new and imposing pit building in 2012. As well as housing the garages themselves, there is also seating for 5,000 people, as well as VIP, press and conferencing facilities.

An additional attraction on site is the Turismo Carretera Museum, which also opened in 2012 and tells the history of Argentina's most fabled championship. Among the exhibits are the championship-winning cars of Roberto Mouras and nine-time champion Juan Gálvez.

Today the circuit remains a mainstay of the Turismo Carretera calendar (most recently as the series finale), alongside more occasional visits of TC2000 and the Uruguayan Touring Car Championships. In 2011 the Buenos Aires 200 Super TC2000 race was switched to La Plata following difficulties with its usual host, the Autodromo Juan y Oscar Gálvez.

The Autódromo Roberto Mouras is located at La Plata, in Buenos Aires Province, Argentina. Buenos Aires International is the nearest airport, around 70 minutes' drive from the circuit.

To reach the circuit by road from Buenos Aires take the Route National 1 towards La Plata, exiting onto Route Provincial 2 at the 32Km intersection (signposted Mar del Plata). Both of these are toll roads. Continue for approximately 23km until you see the sign for the circuit entrance road on the right hand side.

Find the best hotel and flight deals near to La Plata: