The 2.44km course sat within the Parque Micaela Bastidas in the Puerto Madero district, close to the waterfront and a short distance from the local yacht club. Perhaps appropriately for a series which talks up its green credentials, the course overlooked a nature reserve.

Despite being a popular event, the race was quietly dropped from the schedules by Formula E organisers and does not look likely to return.

Buenos Aires was quick to seize the opportunity to become a host city for the Formula E Championship, being among the first to be announced for the inaugural season. The race was backed by the City Government and Automobile Club of Argentina.

As with all Formula E circuits it was short and compact, designed to cater for the specific requirements of the electric cars. Designed by Santiago García Remohí, it featured 12 turns including a mix of high-speed corners, chicanes and hairpins.

Running anti-clockwise, the lap began along Avenue Achaval Rodríguez, running to a hairpin bend in front of the imposing Monumento Guardacostas, a statue which pays tribute to the country's coastguards. From there, the course headed along Julieta Lanteri through a sweeping bend, before turning left and diverting to another hairpin on Rosario Vera Peñaloza. Rejoining Julieta Lanteri, the lap continued up Avenue Elvira Rawson de Dellepiane, though a chicane before a series of bends returned the course back to the start/finish. The pit lane was located in the centre of the park, with the entrance at the Turn 8/9 chicane, rejoining the course at the final corner.

As well as the main Formula E race, the Puerto Madero course hosted the first Greenpower event, designed to promote sustainable engineering to young people. The project saw students from local schools designing and building their own small-scale electric race car, which then competed on the full Formula E circuit.

The inaugural Formula E race had a surprise winner in Antonio Felix da Costa, who took victory for Amlin Aguri after an action-packed race, ahead of e.dams-Renault's Nicolas Prost and China Racing's Nelson Piquet Jr. The Portuguese quietly moved up the field and kept out of trouble, moving steadily forward as the previous race leaders hit trouble; polesitter Sebastien Buemi and championship leader Lucas di Grassi retired with suspension failures at the fast Turn 8 and 9 chicane, while Nick Heidfield was hit with a drive-through penalty.

The following year, DS Virgin Racing's Sam Bird took the spoils, while a year later it was the Renault e.dams car of Sebastien Buemi that came through as the winner.

The Puerto Madero circuit had the distinction of being the only circuit to have featured in each of the first three series of Formula E, but was quietly dropped for season four.

The circuit was located in the Puerto Madero district of Buenos Aires, Argentina. Ministro Pistarini International Airport (EZE), commonly known as Ezeiza, is the city's largest located 21 miles (33km) south of the city centre serving international and domestic flights. Aeroparque Jorge Newbery (AEP) is a smaller airport but the most convenient to access the city (2.5 miles / 4 km away), with some international flights from neighbouring countries and connections from across Argentina.

The circuit is based around Parque Micaela Bastidas. The easiest way to get about the city overall is by the underground metro system, known as Subte. The nearest stops to the area the circuit was located in are either Belgrano on Line E or Independencia on Lines E and C, from where it is around a 30 minute walk to the park. 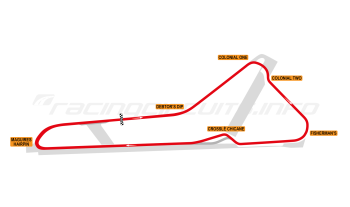 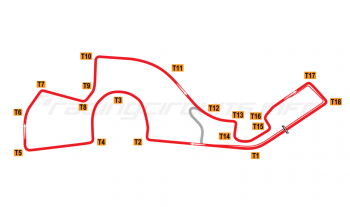 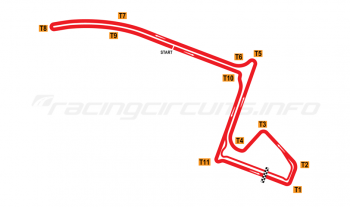