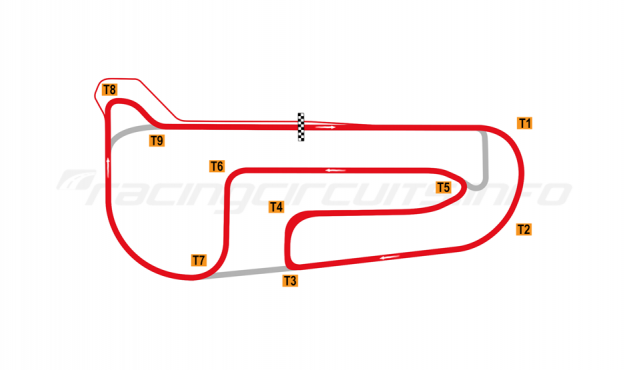 There can be few venues that combine an exhibition showground with a motorsport circuit, but that's exactly what the Autódromo San Nicolás Ciudad does, and quite successfully too.

Opened in 2018, the circuit was constructed by the city of San Nicolás, which sits on the main road between Rosario and Buenos Aires. Set on 119 hectares of land, the complex boasts a main road course, smaller club and training circuit as well as a 1.5 mile perimeter oval course.

The exhibition grounds opened first and since 2017 have been the host of the Expoagro fair, a four day agricultural showcase which draws crowds of more than 165,000 people.

The circuit, which was always designed to complement the showground, was ready for action in October 2018, when the popular Super TC2000 category visited for the inaugural race. Ahead of crowds of 90,000 spectators Mariano Werner won for Peugeot.

Argentina's top series are now all flocking to the new circuit, with Turismo Carretera confirmed for 2019 and Top Race also rumoured to be paying a visit soon.

The circuit is located directly alongside the Buenos Aires-Rosario Highway (RN9) at KM 225. Access to the site is via Highway 118, the main road into San Nicolás (also known as Av. Hipólito Irigoyen). Signs for the circuit/showgrounds can be found shortly after leaving RN9, with the entry road to the right.

Find the best hotel and flight deals near to Autódromo San Nicolás Ciudad: