Texas Motor Speedway is a high-banked superspeedway built by Bruton Smith's Speedway Motorsports, Inc. to serve the Dallas-Fort Worth market in Texas. It has garnered a reputation as one of the fastest circuits in the country and hosts two NASCAR races and a popular round of the IndyCar Series.

Today the track is host to NASCAR's All-Star Race plus Xfinity and Truck Series races in May, plus the Fall NASCAR Playoff's weekend.  It is also host to the IndyCar Series for the Xpel 375 race, which ranks as one of the fastest of the season.

Speedway Motorsports' Bruton Smith first announced plans for a new oval circuit in November 1994, concluding a short three month search for a site when land between Fort Worth and Denton County was chosen for the $250 million development. The location at the intersection of Interstate 35 West and Texas State Highway 114 made it an ideal spot with great access for spectators. Plans were set for a 160,000-seat facility enclosing 24-degree turns with 205 executive skybox suites.

Groundbreaking began in April 1995, when Smith was joined by NASCAR drivers Bobby Labonte and Jeff Gordon and Terry Labonte at special ceremony to turn the first soil. Construction proper began in August and the major works were largely complete by February 1996. The four turn oval featured a front stretch which was slightly offset from pit road, similar in design to Atlanta Motor Speedway. The four turns featured dual banking, with a high bank of 24 degrees and a lower bank of 8 degrees to accommodate stock cars and open-wheel Indy-style cars.

Those that made it to the circuit that day witnessed something of a crash-fest, with a 13 car pile up on lap one and a track record of 73 laps run under caution. Late in the race, Jeff Burton took the lead, and led the final 58 laps of the race to win his first career Cup race. Drivers had been critical of the circuit's narrow groove and were concerned by a large hump between turns one and two. Responding to the criticism, Gossage repaved the section of sagging track between the oval turns and also widened pit road by 12 feet and the front stretch dog leg by 5 feet.

In June the circuit played host to the first-ever night-time IndyCar race, the True Value 500k Indy Racing League event. The race would end in controversy and a skirmish between team owner A.J. Foyt and driver Arie Luyendyk. Billy Boat, Foyt's driver, was celebrating the apparent win in Victory Lane when Luyendyk came in to protest the official results and claim he was the winner. USAC officials investigated the protest and made a decision regarding the race winner the next day, stripping Boat of the win and declaring Luyendyk the winner due to malfunctioning timing and scoring equipment.

For a short time in September 1996 during construction of the track its name was changed to Texas International Raceway.

SMI's customary track naming convention had planned to use the "Motor Speedway" moniker. However, in August 1996, a small quarter-mile dirt raceway in Alvin, Texas (now known as Texas Thunder Speedway) had filed suit to use the name.

On December 2, 1996, a settlement between the two tracks saw the "Texas Motor Speedway" name reinstated to the oval and a small number of merchandising items featuring the Texas International Raceway name instantly became collectible.

Controversy seemed to be the watchword again in year two. There were still problems with the track surface; issues with drainage led to occasional 'weepers' as damp patches emerged around the course, while the jury was still out for many on its dual banking configuration. Bruton Smith conceded further changes were needed and spent around $4 million on improvements. These involved the reconstruction of all four banked corners, leaving them with improved drainage and uniform banking of 24 degrees. In addition, the transitions onto and off the banked corners was greatly improved.

The changes were complete in time for the June 1998 Indy Racing League event and immediately found favour with the drivers. Billy Boat drove to victory – and this time kept his win. NASCAR drivers too were complementary about the changes when they paid their first visit since the renovations in 1999 and it seemed the controversies of the first few years were over. History, however, would prove otherwise.

In June 2000, construction began on a new infield road course in preparation for the Grand Prix of Texas, a round of the ALMS sportscar series, scheduled for Labor Day weekend. The course featured a temporary chicane at the end of the front stretch – fast, but just wide enough for cars to pass single file – with a new infield course incorporating the full banking at either end. The race proved something of a financial disaster for the speedway – a paltry crowd turned up in sweltering 111 degree heat. Things barely improved in 2001 and the experiment was not repeated again.

In 2001, the track announced a new race for the Champ Car World Series, the Firestone Firehawk 600. This was due to be held on April 29. During practice and qualifying, the circuit's reputation for speed proved well-founded, with Paul Tracy setting a lap record of 239.552 mph. These speeds were way in excess of anything seen during the IRL or NASCAR events, subjecting the drivers to sustained loadings of more than 5G. Of the 25 drivers, 21 complained of dizziness and disorientation and with the possibility of drivers blacking out on the track, CART cancelled the race two hours before the scheduled start. The Champ Cars never returned.

By now, Bruton Smith was keen to add a second NASCAR event at TMS, but with no new slots on the calendar, he was unwilling to switch a date away from one of his other Speedway Motorsports venues. After years of unsuccessful lobbying of NASCAR, Smith eventually got his second date as a result of a lawsuit brought by one of the shareholders of Speedway Motorsports, Inc. against NASCAR. It alleged violations of anti-trust laws and a reneging of a promise that Texas would get a second race. Whatever the truth, NASCAR settled out of court as part of a general restructuring and sold on North Carolina Motor Speedway to Smith; he in turn transferred its sole NASCAR event to TMS from 2005 onwards.

Since then, improvements to facilities have continued year-on-year at the Speedway, with innovations including the installation of the world's largest HD video screen. Measuring 218 feet (66m) wide and 94.6 feet (28.8m) tall and nicknamed 'Big Hoss', the screen debuted during the 2014 season.

Planning a visit to Texas Motor Speedway? Find the best deals near to the circuit on hotels, apartments and rooms to rent from the map below.

Texas Motor Speedway is located on the northern outskirts of Fort Worth, Texas.  The nearest international airport is Dallas/Fort Worth, around 22 miles to the south-east.  Dallas Love Field Airport also offers domestic and international flights and is a further 10 miles south-east ofthe track.

Ample parking is available on the Speedway lots.  General parking is free, though paid upgrades and VIP parking are available for a charge. 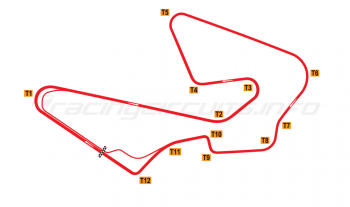 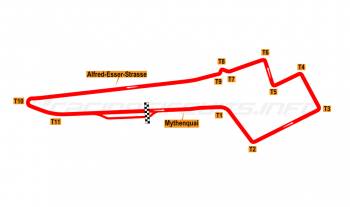 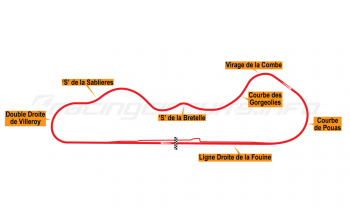