St Petersburg's street-cum-airport runway course has been pulling in the crowds since 2003, however the origins of racing on the bayfront area goes back nearly two decades further.

Street racing first began in 1985, when the SCCA organised Can Am and Trans Am races on the bayfront streets, with the first year seeing the course heading out over the water along the pier.  Races continued through to 1990 before the loss of a sponsor curtailed events.

The Grand Prix was revived in 2003, this time using the runway of the neighbouring Albert Whitted Airport to create a unique part airfield, part street circuit combination.  The revived event has proved a huge success, usually featuring as the season opener of the IndyCar Series and its various supporting classes.

In the mid-1980s, the downtown area of St Petersburg was rather overlooked, despite offering a marina, a pier and even a small stretch of beach. In the hope of boosting awareness of the area across the wider Tampa Bay region, in 1985 the city fathers were persuaded that a street race might just give the exposure that was needed.

While the hype – which suggested St Pete race could become the Monaco of the Floridian coast – may well have been somewhat wide of the mark, the first event did achieve its aims of widening the city's profile and perhaps fair comparisons could be made with the early days of Long Beach. Held with SCCA Trans Am and Can Am cars as headliners, the first St Petersburg Grand Prix incorporated a section of the Pier approach road, creating the longest stretch of waterfront racing in the USA. This didn't necessarily create the most exciting or raceable of tracks, but nonetheless the action was enough to satisfy most onlookers. Willy T. Ribbs led from flag-to-flag to win the inaugural Trans Am event while Dr Lou Sell won the Can Am race.

A crowd of around 60,000 was reported, though no doubt some of these might have been more tempted by the after race concerts held in nearby North Straub Park featuring the likes of Conway Twitty and Waylon Jennings... Unfortunately, the one thing the race didn't manage to do was make money, with the organisers left with a $500,000 loss. Future events would require city council handouts to ensure they could go ahead as well as a substantial injection of cash from a new event sponsor.

For 1986, a revised course was constructed after traders on the Pier complained that they had been left isolated and cut off from their customers the previous year. The course now headed along 1st Street before darting through the car park of Al Lang Field baseball stadium (helpfully removing the need for the previous year's clumsy escape-road-free concrete chicane), then out along Beach Drive to the Vinoy Renaissance Hotel and then returning via Bayfront Drive. Temporary tyre chicanes were employed at various points, though if anything, these were almost as bad as the concrete carbuncle and pretty poorly executed.

In this format the race continued on until 1990, when the loss of the main sponsor spelled the end. Winners during this time included Pete Halsmer, Scott Pruett, Irv Hoerr and Walter Rohrl in the mighty Audi 80 Trans Am, while a young Johnny O'Connell won in Formula Atlantic in 1987. That same year saw tragedy during the Trans Am race, when long-time SCCA competitor Jim Fitzgerald was killed when his car lost control and hit the concrete barriers in Turn One.

Racing did return briefly in 1996 and 1997, though on a different course a few blocks away around Tropicana Field stadium. Narrower and altogether less interesting, the race ran for two years with decent attendances before the loss of title sponsor Kash n' Karry saw the plug pulled once more before the 1998 race.

One of the organisers of the revival events was Tom Begley and he continued to harbour desires to return racing to St Petersburg. After several years of planning and lobbying, the CART Champ Car series announced it was to headline a new Grand Prix from 2003. Rather uniquely, this would incorporate some of the turns of the 1986-90 course, coupled with one of the runways of the adjacent Albert Whitted Airport. New sections of link road would join the two together, while a purpose-built pit lane and paddock area would greatly improve things for the teams.

The new course was immediately popular with the drivers, being considerably smoother than many street courses and offering definite opportunities for overtaking. Paul Tracy ran out the winner after rookie Sebastian Bourdais had taken the pole. Despite the event being judged a success, uncertainty over the viability of the Champ Car series itself forced organisers to cancel the 2004 event. When racing resumed in 2005, it was the cars of the rival Indy Racing League that would line up on race day, the event becoming in the process the first street or road course ever contested by the previously ovals-only series. Ex-pat Brit Dan Wheldon ran out a popular winner on the streets of his adopted home town.

Following his death in 2011, the city authorities announced that one of the link roads to the airfield would officially be named Dan Wheldon Way. An emotional ceremony attended by his family unveiled the signage prior to the 2012 race.

The race has continued to build year-on-year and has become firmly established as a popular season opener. Between 2007 and 2009 the American Le Mans Series also held races here, with battles between the works Audis and Penske-run Porsches wowing the crowds. In subsequent years the sportscar action has been confined to the opening rounds of the Pirelli World Challenge and its eventual successor the GT World Challenge America, though the racing is, if anything, even more spectacular.

In 2013, Firestone was announced as the replacement for Honda as event sponsor in a new multi-year deal which should guarantee racing continues for the foreseeable future.   Minor changes were made to the course at Turn 3 for 2017, with kerbs added to the inside of the turn, narrowing and sharpening the turn radius following a number of collisions and near misses in previous years.

Planning a visit to St. Petersburg? Find the best deals near to the circuit on hotels, apartments and rooms to rent from the map below.

On-site parking is extremely limited and only available with event-issued parking passes.  Public parking is available nearby in metred spaces or city-owned garages. City parking garages will charge an all-day event rate. Garages include South Core (enter from the north side of 1st Avenue S. between 2nd and 1st Streets) or the BayWalk Garage (enter from 2nd Street N. between 1st and 2nd Avenues N.) Private lots, garages and on-street parking will also be available.

A trolly bus service travels through the downtown area to and from the Pier and close to Gate 1 of the circuit (Pioneer Park).  A similar service operates from the Grand Central district to the downtown area.  Visit www.PSTA.net for details. 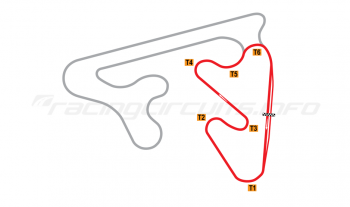 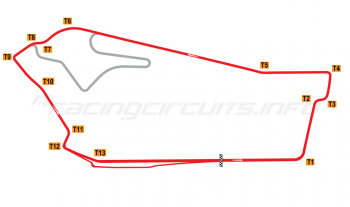 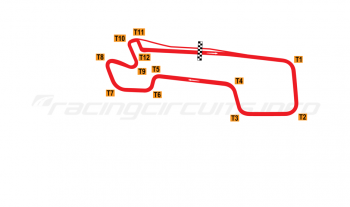