A sign outside Road America's Turn 5 proudly declares the facility as "America's National Park of Speed" and it is hard to put forward a counter-argument. With a layout largely unchanged since its mid-1950s inauguration, this four mile course has plaid host to some of the country's most prominent road racing championships.

The track currently boasts a full schedule of racing each year, with highlights including the IndyCar Series, NASCAR Cup and Xfinity Series, IMSA Sportscars, MotoAmerica and the GT World Challenge America, alongside several vintage and classic events.

The story of Road America actually begins a few miles to the north in the village of Elkhart Lake. In the late 1940s, sports car racing was on the rise, but there was a distinct lack of courses on which the sport of road racing could flourish. A group of sports car enthusiasts from the Chicago Region and Milwaukee Region of the Sports Car Club of America (SCCA) began looking for public roads that could make a suitable circuit and, at the suggestion of member Jim Kimberly who had grown up in Wisconsin, flew out for a closer inspection.

From the air, the roads around Elkhart Lake looked most promising and, upon landing, the delegation headed off to meet village leaders. With the local economy in a sticky patch thanks to the recent closure of a canning factory, support was quickly gleaned for a road race, which could do much to revive the flagging fortunes of the area. Planning quickly got under way for the very first Elkhart Lake races on July 23, 1950.

The first course was to the north of the lake, combining Highways X, P and J into a roughly-triangular 3.35-miles course. The first road race was a 'trial event' organised and conducted by the newly formed Chicago and Milwaukee SCCA Regions and featuring a high-calibre list of drivers, including John Fitch, Briggs Cunningham, Phil Hill and a young Carroll Shelby. Appropriately the main feature race fell to Jim Kimberley in a Ferrari 166M, watched by an estimated 5,000 spectators.

The success of the 1950 races spurred the organisers to think bigger for the following year. A new 5.3-miles course which ran to the south of the lake through the village itself was proposed. The circuit ran south then turned onto Highway AJ, west on Highway A, north on Highway P, east to Highway X (now JP) then right onto Highway J and Gottfried Street, where it returned to the village and to start/finish on Lake Street.

At the last minute a revised course was established, which circumvented Highway X as drivers considered it too dangerous. The new course was essentially a combined the remainder of the layout with the 1950 northern portion, creating a total length of 6.5 miles.

In 1951 and '52 the new course played host to some thrilling races watched by enormous crowds – some suggest up to 50,000 flocked to watch, all of whom were forbidden from sitting during the races in case they needed a head start to outrun an errant car! The dangers of such an approach were not lost on state legislators who promptly passed laws which banned racing on public roads.

Even before the ban, there were tentative plans for a closed circuit on a 635-acre area north of the village boundary. These proved fruitless when the land proved too difficult to buy, given its close proximity to the back yards of some homeowners. It seemed the era of racing in this part of Wisconsin was to be short-lived, if sweet.

One man, however, begged to differ. Cliff Tufte was a civil engineer, president of the Elkhart Sand and Gravel Co, which had built its business as a major supplier of highway and railroad ballast in eastern Wisconsin. When the market dropped off, it found its greatest asset was the parcel of land it owned two-miles south of Elkhart Lake near to the town of Plymouth. Could this, in fact, provide the solution that everyone was looking for, Tufte pondered?

With a vision of what a new circuit could look like, Tufte began gathering support for his plans. The SCCA was invited to the site and the representatives liked it so much they agreed to sanction a national road race if and when the course was completed. In October 1954, Road America, Inc. was formed and stocks were sold. The members of the Chicago Region SCCA largely financed the project which had an estimated cost of $175,000.

After first walking the land laying out the track in his mind, Tufte took inspiration from the surrounding countryside, gathering ideas and measuring the turns of the Wisconsin roads. Work to stake out the land for construction was completed even before the spring thaw and in April 1955 April, a bulldozer broke ground and grading on the four-mile road course began.

And what a circuit Tufte built. Undeniably America's finest road course, Road America - as it was named - is a circuit which can be uttered in the same breathe as the finest circuits in Europe. Built to the toughest standards around, it is said that Tufte used to roll the circuit diagonally every day, helping to maintain its surface. The managers who succeeded Tufte did not lavish the same love and attention to the track, but thankfully the current owners have invested hard to bring the circuit back to its best.

The track itself remains virtually unchanged to this day, though advances in safety requirements have transformed the look of the place from a country roadside to a modern racing circuit, complete with wide grassed run off areas. In 1966 a new pit lane was installed, separated from the racing circuit by Armco barrier for the first time. The fabled pagoda race control and media building, placed at a jaunty angle at the end of the pit lane, was superseded by a charmless concrete structure on the opposite side of the start/finish straight in 1984.

The original pagoda went out in a blaze of glory; it was set alight and used for fire-fighting practice in early 1990, ahead of a planned pit lane extension which more than doubled the capacity of the paddock. Thankfully the new pagoda was given a makeover to soften its lines with the boxy nature disguised by a new facade which mimicked the lines of the old wooden structure.

In 2003 a chicane was installed for AMA motorcycle competitors at The Kink, marking the only change to the course layout throughout Road America's history. The original layout remains in place for four-wheeled competition.

Other changes include drastic enlargement of run-off areas and gravel traps, particularly at turn one and the removal of the bridge at Turn 13 after the 2006 season. This had always proved troublesome, as the abutment was in the middle of the corner, providing competitors with an unappealing route straight into a concrete wall should things go wrong. Jerry Titus perished from injuries sustained at this spot 1970 when his Pontiac Trans-Am Firebird ran wide and impacted the wall, while Memo Gidley was extremely fortunate to escape with a broken arm when his Ganassi-run Champ Car did much the same in 2001. A tunnel now provides access to the infield between Turns 13 and 14.

Around the course spectacular scenery abounds, with plenty of space to accommodate large crowds, although the lack of hotels in the immediate area can cause a few headaches. Most drivers love the circuit, although its length tends to bring out the worst in cars, with a string of mechanical failures down the years producing unlikely winners. Ex-Formula 1 driver Hector Rebaque took victory in the inaugural IndyCar race in 1982 and Gilles Villeneuve's older brother, Jacques, won three years later. His nephew, Jacques Jr, dominated in 1994, while Christian Fittipaldi scored a first victory in 1999 and Bruno Junquiera struck gold in 2001.

Planning a visit to Road America? Find the best deals near to the circuit on hotels, apartments and rooms to rent from the map below.

By road, the circuit is located alongside State Highway 67.  From the north (Green Bay/Minneapolis) travel south on I-43 to the Sheboygan area and exit onto Hwy 23 West to Plymouth.  Then take Hwy 67 North and after 3.5 miles the circuit entrance is on the left.
From the south (Milwaukee, Chicago) travel north on I-43 to Hwy 57 north (Plymouth). Take Hwy 57 North to County Road J (about 2 miles north of the Hwy 23 overpass). Turn left (west) onto County Rd J and then turn right (north) onto Hwy 67.  From the west (Madison, Fond du Lac, Fox Valley),  travel on Hwy 23 east to Hwy 67. Exit to the right onto Hwy 67 North and continue to the circuit.

General admission parking is free with the purchase of a ticket, with preferred parking available at extra cost. 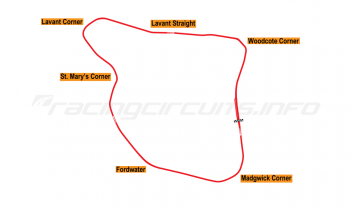 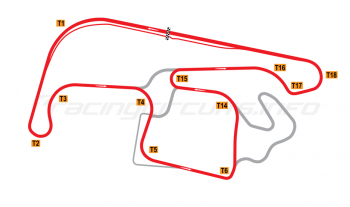 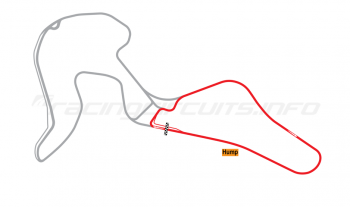