When Richard L. Diasio found he was struggling to get dates to drive at Indianapolis Raceway Park in the early 1990s, he set about finding - and funding - a solution. As a big mover in the Indianapolis Porsche car club he was keen to find somewhere that amateur and club racers could enjoy their machinery safely away from the public highway. The end result was Putnam Park Road Course.

Set amidst 202 rolling acres in Mount Meridian just west of Indianapolis, the 1.78-mile road course was designed by Diasio to safe, fast, and challenging. Recognising that part of a track's success would be the experience it would give to friends and family accompanying the racers, he also ensured that the circuit that could be viewed in its entirety from the pits, so that both participants and crew could be a part of the action at all times. A short course variation using the final portion of the lap creates a kind of modified and flat tri-oval.

Today, the circuit continues to be used for testing and club events, with regular visits by 10/10ths Motorsports, the Midwest Cafe Racing Association, the SCCA, regional Porsche Clubs and the Hoosier BMW Car Club. While 'The Club' track days are members only and not open to spectators, all other events are open, with most free of charge.

The project was announced in 1990 and construction took place through to 1991, with the official opening on Labor Day weekend with a kart race held by the Indianapolis Kart Club. The track was soon busy with other events, including visits by the Indianapolis Corvette Club; the Hoosier Chapter of the BMW Car Club of America, soon followed by the Track Time Performance Driving School, which offered the first commercial driving tuition at the venue. Rounding out the first year was another driving school for the Central Indiana Region of the Porsche Club of America, organised by Diasio himself.

As an early October event, the weather was not on Diasio's side as the heavens opened to literally rain on his parade. Soon the the dirt paddock (not yet paved) had turned into a sea of mud and anyone trying to get from the gravel entry road to the paved pits got stuck. Rick and Chris Diasio, Richard's sons, rescued the event by buying every plywood sheet from the local hardware store and laying them end-to-end to the pits. What started off as a nightmarish weekend ended with the mostly novice group of drivers having a wonderful time learning how to drive their high performance cars on a real race track.

The five clubs who first used Putnam Park in 1991 have come each year since. Late in 1991, the first professional racing team arrived to use the circuit for testing, when Larry Nash of LP Racing brought out two new Shelby Can-Am car. Soon, professional teams—from IndyCar, GrandAm and NASCAR, among others—flocked to the facility and it became a popular venue for testing for many years.

Over the years there have been numerous improvements; over 1200 linear feet of guardrail has been removed; ground has been graded to provide additional runoff room, while gravel traps have been added in areas to enhance safety. In 1997 the entire track was repaved and two chicanes were added - The Loop and Times Square, the latter of which has several layouts meaning the course can be configured in an additional 13 variations.

In 1999, the paved paddock area, behind the pits, was completely repaved while over the winter of 2003 the barrier along the pits was replaced with a white four-rail poly fence. In Spring 2004, the gravel areas in the back paddock area were paved.

The 2008 economic crisis and changes in the rules for many professional series which prohibited testing on non-scheduled courses meant that business was down about 60 percent, with rental by car clubs remaining the mainstay. It was increasingly clear that a new business model was needed for Putnam Park.

In 2012, Chris Diasio took over as majority owner, with his father - who continues as chairman and advisor - and a silent partner retaining eight percent of the business. The brave decision was taken to invest $2 million in new facilities and join the number of circuits now trying the popular country club-style operating model, where rich enthusiasts can pay for memberships in order to gain exclusive track time and other benefits.

The investment brought 20 state-of-the art garages and a 3,600-square-foot clubhouse equipped luxuriously with leather couches, high-end billiards and, shuffleboard tables, flat-screen televisions and a bar - in short, the sort of amenities that would not look out of place at a golf course. Construction was completed in March 2012 with an initial 40 memberships selling quickly. 'The Club', as it is known, offers lifetime, annual and corporate memberships and now hosts over 120 track days per year and has helped to secure the venue's future enormously.

Planning a visit to Putnam Park? Find the best deals near to the circuit on hotels, apartments and rooms to rent from the map below.

By road the circuit can be reached from Indianapolis on either US 40 or US 70.

On US 40, head west from Indianapolis to Mt. Meridian. Turn left (south) on county road 550 E, just past the Putnam Park state sign. Drive for another 1.5 miles and the entrance to the track is located on the left side of the road. Look for white "horse" fencing and pine trees.

On US 70 from Indianapolis head west for around 45 minutes to the Cloverdale exit (#41). Drive north on US 231 to US 40. Turn right on US 40 and head east a few miles. Look for the Putnam Park state sign, making the next right on 550 E. Drive 1.5 miles on 550E.; the entrance is located on the left side of the road. Look for white "horse" fencing and pine trees. 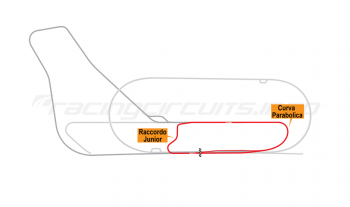 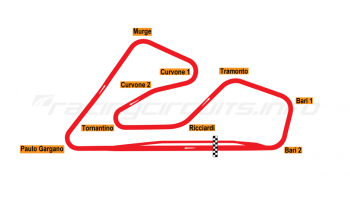 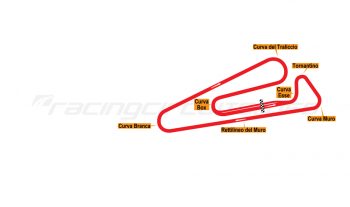