The Music City Grand Prix is first new IndyCar street race announced since Roger Penske took over the helm of the organisation, with its first running in 2021. Running on the streets around the Nissan Stadium and close to the downtown area, the course features long straights and passes over the Cumberland River twice.

In fact, the main straight is longer than that found at the Indianapolis Motor Speedway and more than 1,650 feet of the circuit is located on bridges, utilising the Korean Veteran's Memorial Bridge in both directions.

Alongside the headlining stars of the IndyCar Series, the event also features support races from the GT America series, the Trans-Am Series TA2 class, and the Stadium Super Trucks.

The track was designed by go-to IndyCar street circuit guru, Tony Cotman, whose NZR Consulting Company has also been responsible for layouts at Baltimore, Edmonton, Sao Paulo and the aborted Boston IndyCar race, among others. Cotman had actually been considering designs for the Nashville race for a number of years but, with city officials initially reluctant to allow use of the Korean Veteran's Memorial Bridge, felt the resulting designs were too 'Mickey Mouse' to be suitable for racing. Happily, this constraint was removed when the race deal was finally announced.

The start line is located on the Memorial Bridge itself, though the finish is located in front of the Nissan Stadium and the pit area, in order to ensure fans in the grandstands and suites can see the race finish in full.

Turn 1 of the new course is where the action is expected to focus, with an 80 feet wide corner entry being among the widest on the calendar. For that reason there will be a number of grandstands located in the area.

Work to resurface some of the roads which make up the track took place in the lead up to the first race in 2021, along with some alterations to the infrastructure which were required for safety. The section between Turn 1 and 2 was a particular focus as construction vehicles for a new hotel had taken a heavy toll on the existing road surface, while there was also some widening in front of the stadium between Turns 3 and 4.

Further resurfacing was also needed in the Turn 7-10 area, with Cotman confirming ahead of the event that some surface grinding was required to iron out some bumps.

Nevertheless, when the cars hit the track for first practice, they still found plenty of bumps to contend with, especially on the transitions onto and off the Korean Veteran's Memorial Bridge. Conor Daly, in particular, had a heavy crash at Turn 1 during the opening practice when he found a bump under braking and lost control, while early onboard footage from Colton Herta showed the violent shaking the drivers experienced. “I thought the bridge was going to be bumpy, but I didn’t expect coming off the bridge to be quite that bumpy,” said Herta afterwards.

Elsewhere Pato O'Ward was also finding the bumpy course tricky after hitting the wall at Turn 3. “Man, it’s violent,” O’Ward said after his collision. “Going into Turn 4, the bumps are very violent. I mean, you’re going through there, and the wheel is like getting knocked out of your hands. It’s very unique. It’s unlike any other place we go to, for sure.”

Following practice, race organisers tried to alleviate the worst of the bumps with surface grinding at key parts of the track, although there was a limit to how effective this was likely to be.  Jimmie Johnson proved the track was still tough to tame, crashing heavily out of qualifying and having to switch to a backup chassis for the race.

The race itself was full of incident, with nine caution periods resulting in a total of 33 of the event's 80 laps run under caution conditions and two race stoppages. It also saw a spectacular fightback by Marcus Ericsson, who was penalised for hitting Sebastian Bourdais as the cars prepared to restart after the first yellow flag session. His car rode over the back of the Frenchman's, putting Bourdais out and breaking Ericsson's front wing. Somewhat ironically, the penalty and subsequent pit stops ultimately put Ericsson on the best fuel strategy and he went on to win the race, with a true 'burn from the stern' drive!

Planning a visit to Nashville Street Circuit? Find the best deals near to the circuit on hotels, apartments and rooms to rent from the map below.

The Music City Grand Prix is staged on a temporary circuit in downtown Nashville and around the Nissan Stadium campus. The nearest airport is Nashville International, only seven miles from the downtown area where the race is based.

There are numerous parking lots available during the event, in and around Nissan Stadium, while for Lyft, Uber, taxis, and other rideshare services, there are several drop off points located around the circuit perimeter. See the event website for details. 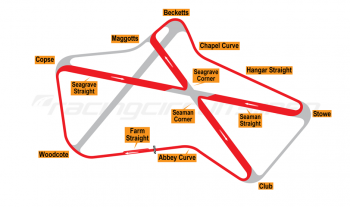 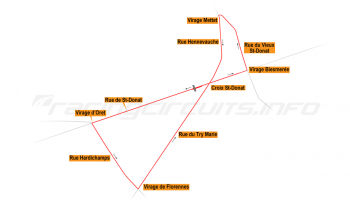 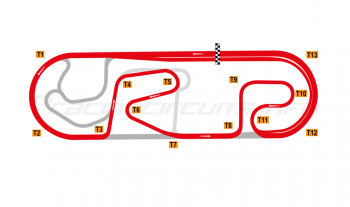