Long Beach can lay claim to setting the blueprint for the concept of a street race helping to rejuvenate the local economy and bring racing to the fans.

The street race has been an annual fixture since 1975 and is now one of the most recognisable circuits in North America.  The track has evolved as the area around it has been extensively redeveloped, though it retains the sweeping curve of Shoreline Drive as a familiar constant.

Today the Grand Prix is an annual fixture on the IndyCar and WeatherTech IMSA SportsCar Championships, with Acura taking over the naming rights from long-time backer Toyota in 2019.  A short-lived Formula E race also took place on a modified course in 2015 and 2016.

When motorsport enthusiast-turned-travel-agent Chris Pook first hatched a plan in the mid-1970s for a street race, Long Beach was an austere, post-industrial city, struggling in the shadows of more glamorous neighbours Los Angeles and San Diego. As a tourist destination it had little to offer, save for the Queen Mary cruise liner, which was permanently docked as a floating hotel and casino. The idea that the city could be transformed into the Monte Carlo of the West Coast seemed optimistic at best and downright fanciful at worst.

Nevertheless, Pook persevered and convinced city chiefs to allow a street race around the downtown area, close to the beach. That first event in 1975 was run for Formula 5000 cars and attracted a promising 46,000 spectators, with Brian Redman running out the inaugural winner. Pook had his sights set higher, however, and the next event was run six months later as part of the Formula One tour, Clay Regazzoni the runaway victor for Ferrari.

Toyota signed up as the naming rights sponsor in 1980, a partnership which has continued unbroken for more than 30 years and was one of the more enduring in sports sponsorship. It finally ended in 2019, at which point arch rivals Acura gleefully picking up the naming rights for the Grand Prix!

By the mid-80s, the costs of transporting the F1 circus to Long Beach were rising, as were the sanction fees demanded by Bernie Ecclestone. A switch of codes was needed to ensure long-term survival and an approach by the IndyCar series was gratefully accepted.

The first Indycar GP was held in 1984, with Mario Andretti again the victor in his Budweiser-Haas Lola to ensure further headlines and firmly establish the event as the prelude to the Indy 500. Victories by other dynastic names from US racing helped to continue the success – Al Unser Jr was a six times winner – including four-in-a-row between 1988 and 1991 – while Mario notched up another two victories, as did son Michael.

Continual developments on the land in the surrounding area have necessitated a number of circuit changes over the years. The original course had its pit and paddocks on Ocean Boulevard, before a substantial elevation change down Linden Avenue to rejoin Seaside Way. Tight hairpins at either end of Shoreline Drive were also features.

The pits and paddock moved to Shoreline Drive, adjacent to the traditional start line, in 1983, while other changes over the years have seen the run to the hairpin at the east end of the course shortened, with the other hairpin eliminated altogether. Various excursions off Seaside Way around the Hyatt hotel have been made, before the decision to run as a continuous back straight in 1992. The last major changes have been in the turn one area, a redeveloped marina area requiring a track diversion, including around a fountain and later a roller coaster, to create one of the feature points of the circuit.

In 2015, the circuit became host to the West Coast USA round of the FIA Formula E championship for electric cars, meaning the circuit hosted two race weekends for the first time in its long history. The Formula E event, which took place a fortnight before the Toyota GP, was a one-day affair with free admission for the fans. A shorter version of the Grand Prix course was used, with a chicane at Bridgestone corner leading to run along the Indy pit lane exit to Tecate Corner (taken from the opposite direction), bypassing the fountain section altogether.

Nelson Piquet Jr won the first race for China Racing, while Lucas di Grassi took the spoils for Abt Audi in the 2016 race.  Talks were held about continuing the Formula E events for 2017, but the Grand Prix Association was not able to reach agreement with series bosses and the race was dropped. “They had discussions with us and we looked at different formulas,” association president and CEO Jim Michaelian said. “In financial discussions, in the end we did not come to an agreement. It just did not make sense for either of us.”

Planning a visit to Long Beach? Find the best deals near to the circuit on hotels, apartments and rooms to rent from the map below.

Long Beach Transit provides free transportation on its Passport Shuttle buses throughout the downtown waterfront. An extensive network of LB Transit lines carry passengers to all major destinations within the city.

From the 1st Street Transit Gallery you can hop aboard the Metro Blue Line which travels north to downtown Los Angeles, with connections to other light rail lines traveling to LAX, Union Station, Pasadena, Hollywood and Universal Studios. 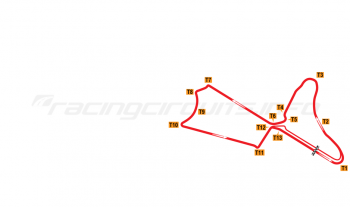 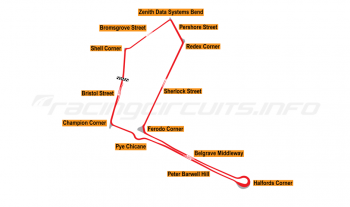 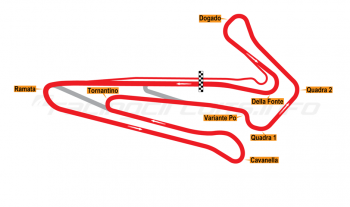