Kansas Speedway was established by International Speedway Corporation to provide a new venue for oval racing to the Midwest.  Now part of the NASCAR family of circuits, Kansas hosts two annual NASAR weekends which feature all three main divisions of stock car competition. In addition, the oval hosts a round of the ARCA Menards Series, with the 150-mile race rounding out the series schedule since 2012.

The tri-oval speedway features progressive banking in the turns and boast seating for 72,000 spectators and more than 60 luxury suites.

From 2001 to 2010 the circuit also hosted the Indy Racing League/IndyCar Series, while the addition of the road course in 2012 briefly tempted the GrandAm Championship to host two events in 2013 and 2014.

In 1997, Wyandotte County and Kansas City, Kansas, were selected as the site for the new speedway. Located at the intersection of interstates 70 and 435, construction began in May of 1999 on the 1.5 mile tri-oval.

Architecture firm HNTB, which also designed Chicagoland Speedway, provided civil engineering and site development, landscape design and design of the actual race track. Design firm DLR Group was responsible for the design and engineering of all buildings on site, including the grandstand design. Turner Construction was selected to provide construction management.

Track paving began in September 2000 and construction of the speedway was completed in early 2001 in time for an inaugural test for stock cars and Indy Lights single seaters in April.

The inaugural race weekend took place in June for the NASCAR Winston West Series Kansas 150 and ARCA RE/MAX Series BPU 200.   The NASCAR Craftsman Truck Series and Indy Racing League made their debut at the July race weekend in 2001, marking the first time NASCAR and IRL run on the same track during the same weekend.  The first top-level NASCAR race was won by Jeff Gordon in September.

In the summer of 2012 the Speedway announced track improvements include a complete repaving of the existing track surface, reconfiguration of the oval, and the addition of a 2.37 mile road course.  The project started immediately following the STP 400 on April 22.  The changes to the oval centred on the introduction of progressive banking from 17-20 degrees, with the front stretch banked at 9-11 degrees and the back straight a uniform five degrees.  Portions of the infield were graded and paved as part of the road course development.   The repaving in particular drew praise from the NASCAR drivers when they attended a tyre test in August of that year.

SAFER barriers extend around 1.28 miles of the existing concrete retainer walls between Turns 1 and 2, between Turns 3 and 4 and along most of the front stretch.

Also new in 2012 was the Hollywood Casino, which overlooks the track at Turn 2, boasting  2,000 slot machines and 52 gaming tables.

Planning a visit to Kansas Speedway? Find the best deals near to the circuit on hotels, apartments and rooms to rent from the map below.

Kansas Speedway  is located 13 miles west of Kansas City, Kansas, close to both I-70 and I-435.  The nearest airport is Kansas City International, a short drive north of the city itself.

Free parking for 35,000 cars is provided at the Speedway, but expect delays on race days, so plan ahead and follow directions to the parking lots given by track officials. 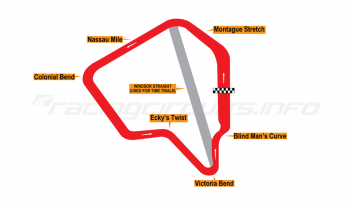 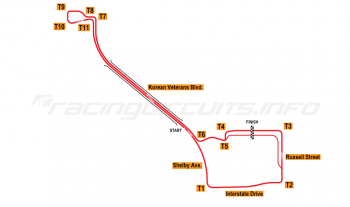 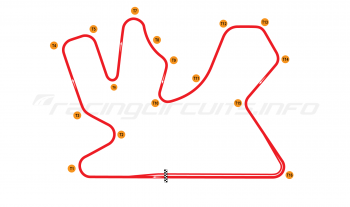