Barber Motorsports Park is an impressive road course and museum complex located at Birmingham, Alabama. Built by George Barber as a home and run-out for his impressive collection of motorcycles, the track has been designed by Alan Wilson to make best use of the topography of the landscape and features numerous elevation changes.

With motorcycles have been Barber's major passion, it is no surprise that the circuit has hosted an annual vintage motorcycle festival since 2005, becoming the largest of its kind in the country and showcasing the Barber Vintage Motorsport Museum's collection and machinery from across the USA.

On the sporting front, it has hosted top level two-wheel action since 2005, firstly with the AMA Superbikes and more latterly MotoAmerica. The Grand Prix of Alabama has been a staple of the IndyCar Series calendar since 2010, while the circuit has also hosted Grand-Am and IMSA events in the past.

Barber Motorsports Park is the result of one man's single-minded determination to create a world-class venue to showcase his unprecedented collection of motorcycles: George Barber. The sometime racer amassed a fortune from property investments and the family dairy business and decided to plough it into the facility near his home in Birmingham, Alabama.

Barber was an accomplished Porsche racer in the 1960s and early '70s before the demands of running the family dairy business took hold. His firm had specialised in refurbishing and refitting the trucks in its fleet and before long, Barber asked them to look at restoring cars. These early results were disappointing – in Barber's words: "Perfect to a truck mechanic is not the same as to a restorer" – but a friend suggested motorcycles might be a better bet. Soon, Barber had amassed a small collection and began to wonder if it might be possible to create the biggest collection in the word, at the same time creating a tourist attraction for his beloved home city.

By the mid-1990s, he was well on the way to fulfilling the dream, having amassed a large private collection. In 1994, he established a non-profit foundation, separate from his business ventures, and a year later the facility opened to the public as a museum, with 325 motorcycles from around the world and a few vintage cars on display. The building – a warehouse in Birmingham's Southside neighbourhood – also housed a library and fabrication, fibreglass, paint, and machine shops. The total collection exceeded 500 at the time, and the foundation began searching for a site to create a larger facility.

Museum expands with its own track

When Barber Dairies was sold to the Illinois-based Dean Foods Company in 1998, George took his opportunity to finalise his dream, donating $54 million to the foundation to allow it to build a new museum and a road course on which to run the collection. By 2002, a 740-acre site in the rolling hills just east of downtown Birmingham was selected and renowned course designer Alan Wilson hired to draw up the plans for the circuit.

Completed to Barber's exacting standards, the 16-turn circuit features an undulating layout which winds its way through a wooded park. Two shorter alternative layouts can also be utilised. The compact layout is unusual on a number of fronts; the paddock area sits on multiple tiered levels and there are no spectator viewing facilities immediately next to the start/finish straight. Instead, the main spectator area is along the back stretch, between turns 8 and 11; here race-goers can watch from embankments or from temporary grandstands erected for event weekends. Most of the course is viewable from these areas, while additional spectator sections are available outside of turns 2, 3 and 14.

One of the more unique features of the circuit is the sculpture trail that can be found dotted around the site. Large in scale, they provide an amusing backdrop to racing, featuring as they do giant spiders, dragonflies, a pair of lions and a Sisyphean figure pushing a boulder. The presence of the large spider sculpture alongside Turns 5/6 has lead to this section of track being nicknamed 'Charlotte's Web'.

Next to the circuit, and with its own access between turns 8 and 9, sits the impressive museum building. Covering five floors and with 141,000 square feet it houses the expanded collection of 1,200 motorcycles, up to 600 of which are on public display at any on time – certified by Guinness as the largest museum of its type in the world. In addition, the facility houses the largest collection of Lotus race cars in the world, from a replica of the rare Mark 1 all the way through to the final F1 car, the T109. Nearly all are ready to run at a moment's notice and are regularly demonstrated at the track.

Perhaps inevitably, the first racing events focused on motorcycles, with the AMA and WERA series both becoming regular visitors. Gradually, car racing was introduced, first through Grand Am races and more latterly, the IndyCar Series has added Barber to its schedule following several successful tests in 2007 and 2009. The circuit also serves as the home of the Porsche Driving Experience, Kevin Schwantz Suzuki School, Keith Code California Superbike School and the Jamie James Yamaha Champions Riding School.

Planning a visit to Barber Motorsports Park? Find the best deals near to the circuit on hotels, apartments and rooms to rent from the map below.

Barber Motorsports Park is located on the eastern fringes of Birmingham, Alabama.  The nearest airport is Birmingham-Shuttlesworth International Airport, located around 20 minutes west of the track.

By road, the circuit is close to Interstate 20.  Take exit 140 for Leeds and at the bottom of the exit ramp, turn right onto US-78 East.  After a short distance, turn right next to the Chevron service station onto Rex Lake Road and follow the road until you reach to the circuit entrance road, on the right hand side. 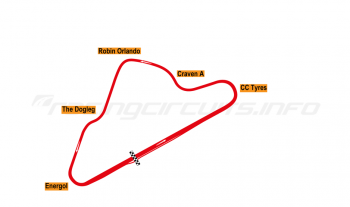 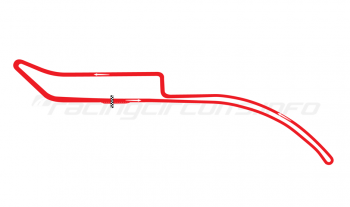 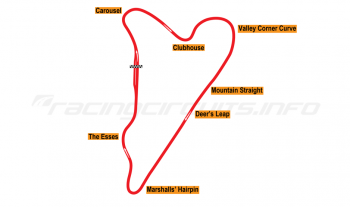