When Nassau's famous Speed Week switched to a new course laid out on the runways and service roads of the former Oakes Field airport in 1957, the momentum of the previous three years was carried forward and accelerated even further.

For nine glorious years, the Speed Weeks played host to some of the best drivers sportscar racing had to offer, as an end-of-season spectacular.  However, by the mid-1960s the winds of change were blowing in and the local politicians felt that public subsidies would be better spent helping the islands' poor.

So it was that the 1966 would be the last Speed Week at Oakes Field and, after a handful of other races, the course was abandoned.

Renamed Oakes Course, a track was laid out measuring 5.0 miles with the cars travelling in an anticlockwise direction. The Island Legislature donated a generous £50,000, which was spent on a pit complex (in reality just covered bays with no other amenities but, at the very least, offering respite from the sun), a press box and a large scoreboard, as well as a footbridge across the track.

A GT race was added to the list of races, and for the second year running Stirling Moss won the Nassau Trophy in a borrowed car, this time, the Ferrari 290MM owned by Jan de Vroom.

The new course, despite being quite bumpy in places, was relatively well-received, though there were a number of close shaves near the pits as it was too close to the racing line. To combat this, the race direction of the track was changed to clockwise in 1958. The circuit was also shortened to 4.5 miles by cutting out the original Blackbeard's Bend and Ecky's Twist, while a new left-right-left corner combination was built to connect the Sassoon Straight and Bethell's Pass, cutting out the tight hairpin which has previously taken the cars off the runway.

The problem of professionalism raised its head, and drivers were demanding more prize money. A few of the drivers also expected to have appearance money but organiser Sherman F. Crise - known to all as 'Red' - was unwilling to pay it. Consequently a few drivers, including Stirling Moss, failed to make an appearance. In the absence of Moss, Chuck Daigh drove a Scarab to victory in the Nassau Trophy race.

The organisers set aside an incredible $96,000 for the 1959 event, so it was no wonder that over 400 race applications were made. The World Karting Championships were also introduced and proved to be a great success, even though they were held under lights late into the night on a purpose-built course.. This year it was the turn of popular American driver George Constantine to win the Nassau Trophy race driving an Aston-Martin entered by investment banker, Elisha Walker.

1960 and the changes kept coming. This time it was the introduction of the Formula Junior single-seat cars, for which Crise had managed to secure the final round of the Pan-American Championship series. Prize money had attracted some of the 'hard nose' drivers and the day of the 'gentleman driver' was fast disappearing. The other aspect of change was the influence of the TV companies that insisted on scheduling races for their convenience. Another sign of change was that for the first time, a rear-engine car won the Nassau Trophy race when Dan Gurney took the win in a Lotus XIX.

Midget racers joined the other cars in 1961. Noticeable this year was the increase in the number of teams attending the event. Rosebud Racing, Team Roosevelt, Scuderia Serenissima and NART were all present, and it was the Lotus XIX entered by Rosebud for Dan Gurney that took the Nassau Trophy for the second year running.

1962 was to witness more changes with the introduction of Prototype cars, though the drivers of these cars were not eligible to claim prize money should they place in the races. Innes Ireland created a little bit of history when he piloted his Lotus XIX to victory in the Nassau Trophy race, making it a hat trick of wins for the car.

American cars came to the fore in 1963 with Ford and Chevrolet challenging the European marques. Crise continued to ring the changes, gone were the Formula Junior cars, the Karts and the Midgets, and in their place appeared the Formula Vee cars and Volkswagens. Chevrolet powered cars swept the board by winning all of the major trophies, A J Foyt winning the Nassau Trophy race.

The weather was taking its toll on Oakes Course, and Crise needed funds to repair the track. The Development Board reluctantly helped out in 1964 and racing progressed as normal, with Ford and Chevrolet continuing their battle for supremacy. Roger Penske won the Nassau Tourist Trophy and the Governor's Trophy in a Chaparral, then co-drove with Hap Sharp to win the Nassau Trophy race.

'No more money' was the message for 1965, so with limited funds Crise made 1965 the 'Year of the Rookie.' However a few drivers did bring prototype cars that would be participating in the newly formed Can-Am series in America. Hap Sharp repeated his victory of last year by winning the Nassau Trophy race, this time unaided.

By 1966 the world and motorsport were changing rapidly, with the racing season extended throughout the winter months in many countries, reducing the numbers who wanted to race at Nassau, especially as prize money became scarce. Whereas the event had been financed by the Development Board in its heyday, a change of political winds meant a new Government which was opposed to such 'frivolous' spending. While the event was great for the rich, they said, it did little for the island's poor and the money would be better spent on schools, healthcare and housing. It was hard to argue.

Adding to the event's sense of decline was the death in a car crash of Sir Sidney Oakes, one of the strongest and most influential supporters of the Speed Weeks. So it was that the 1966 event would prove the last at the Oakes Course. The Nassau Tourist Trophy and the Governor's Trophy were combined, with Hap Sharp lapping the entire field in his Chapparal en route to victory. Mark Donohue took out the Nassau Trophy Race in a Lola T70. A sad footnote was the first - and only - fatality in the event's history, when Rodrigo Borjes Zingg rolled his Ferrari in a fiery accident.

Thereafter the Speed Weeks came to an end, though there were a further number of minor races at the Oakes Course. An attempt to lure Can-Am failed and then Crise chased ambitious plans for a new race on Grand Bahama Island for Formula Vees, but that similarly came to naught.

With the close of racing, the circuit fell into disuse and was eventually largely redeveloped into a general-purpose sporting venue. The Thomas Robinson Stadium and Queen Elizabeth Sports Centre have both sprung up in recent years but a link to motorsport still exists thanks to a new drag raceway, which occupies land to south of the former Montague Stretch and Crise's Corner. Plans have been mooted to build a permanent road racing facility within the sports complex, part of an FIA drive to establish motorsport in the region once more, however nothing has yet come of the proposals.

The former airfield and race circuit at Oakes Field have now been extensively redeveloped, with few of the original roads still remaining. Little is recognisable, though a few stretches of asphalt from the Carlton Corner-Dolphin Corner-Windsor Way section remains undeveloped, while part of the Symonette's Straight is used as one of the access roads for the Queen Elizabeth Sports Centre. 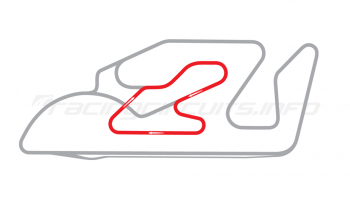 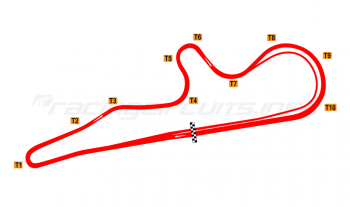 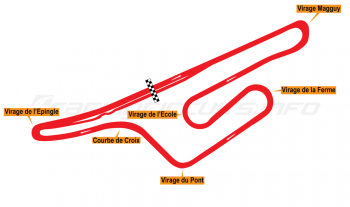