A temporary street circuit was created on the beachfront at Arawak Cay to host the Bahamas Speed Week Revival event in 2011. While out and out racing was perhaps less the order of the day, demonstration runs and sprint events took place over a course marked out by cones on the public roads.

After two further editions in 2012 and 2013, enthusiasm had switched to creating a permanent course on islands and the Revival events were no more.

A third attempt to revive the spirit of the Nassau Speed Weeks began in 2011, this time at Arawak Cay, beside the beach and just down the shoreline from the cruise liner terminals.

The four-day event encompassed a concours, hillclimb, island tour, a festive display of the cars at night on Bay Street and culminates in timed sprints on a specially constructed street course in Arawak Cay, between Cable Beach and downtown Nassau.

The 2011 event was deemed a success and was repeated again 2012, this time on a slightly extended course, which bypassed a section of track alongside the fish fryers shops and continued on towards the entrance to the container port. The same course was used again in 2013 and featured classic sports and racing cars from Europe, the UK and the US alongside local entries.

At the conclusion of the third event Bahamas Speed Week Revival (BSWR) chairman David McLaughlin was joined by Philip Davis, Deputy Prime Minister and Minister of Works and Urban Development, in announcing plans for a new $10 million permanent racing facility, due to be built at the Queen Elizabeth Sports Centre, which stands on the site of the former Oakes Course.

To date, however, nothing has come of these plans and the Speed Week Revival has itself passed into history, with no further events being held. It remains to be seen if this really is the end of the road for Nassau's long association with speed or whether there will be a fourth chapter in its history.

The circuit was located on the beachfront at Arawak Cay and utilising part of West Bay Street.  The area is famous for its fish fry restaurants, with vendors selling made to order conch salad, fried fish and other local dishes. Arawak Cay was artificially built from the sand when the harbour was dredged in 1969. 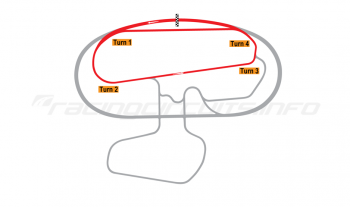 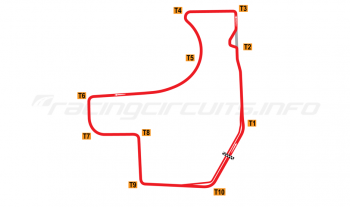 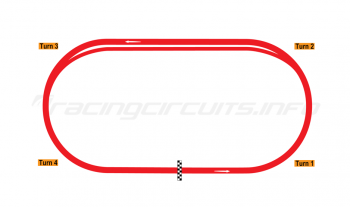