The Freeport street circuit was an attempt to bring the flavour of the fabled Nassau Speed Weeks back to life in the 1980s, this time on a street course around the Lucaya resort and shopping area on Grand Bahama. The 1.3 mile course (despite what you might read elsewhere) was a completely new design which bore no relation to the abortive proposal which had been put forward for Freeport by the Speed Week organisers in 1967.

The idea for the Grand Bahama Vintage Speed Week was the brainchild of Bill Lutwak and Marian Weeks, two Atlanta sportscar enthusiasts who were keen to revive the end-of-season atmosphere of old, complete with the kinds of cars that would have competed in the original events in the 1950s and '60s.

After two years of planning, the first event at Freeport was held in 1984, with an impressive roster of more than 125 vintage racers scheduled to take part, the majority from racers from across the USA. Just as in days of old, the majority arrived by boat from Miami. Among their number were a roster of rare sports racers, including a 1951 Fitch-Whitmore, a 1952 Cunningham and a 1957 Scarab, nestling alongside the Porsches, Ferraris, Fords, Jaguars and MGs which made up the bulk of the field. There was also a 1946 Talbot-Lago Grand Prix car, while local racer George Waltman wheeled out his MG T-type - the same car which had taken part in the first Speed Week in 1954.

The event lacked nothing in enthusiasm and while the course was essentially just closed roads with corners marked out by bundled tyre barriers, it was professionally marshalled by volunteers from the Atlanta Region of the Sports Car Club of America, while Ford supplied a brace of new Mustang SVOs as pace cars.

The event was a hit with competitors and hopes were high for a re-run in 1985 but sadly it was cancelled at the last minute. That could have been the end of the story, however the The Grand Bahama Island Promotion Board and The Bahamas Ministry of Tourism was keen to keep things going and began negotiations with the Sportscar Vintage Racing Association. The SVRA was persuaded to pick up the baton and included it as the final race of their 1986 season, incorporating their annual prize-giving in an exotic setting.

Putting an event of this kind on was no mean feat for a racing club, which would effectively have to become a travel agency to organise the shipping of cars and competitors. The solution, of course, was to employ travel agent - Susan Wright - who worked with Marva Munroe in the Bahamas to make all the necessary arrangements.

Nearly 100 cars departed Miami on Monday, December 1, and when the ship docked at Freeport, Grand Bahama, the party began in earnest. SVRA officials described the atmosphere as being "a week–long marathon of parties occasionally interrupted by racing" but a good sporting ethos was also evident. When Ralph Thomas' Abarth Bialbero blew its engine, a subdued Thomas was persuaded to take part in the gymkhana instead, pushed around the entire course by members of the FIART (Funny Italian Auto Racing Team) outfit...

By any measure the Grand Bahama Vintage Grand Prix had been a success and so plans were quickly laid for a repeat event in 1987. A line up of 107 cars took part, including a Formula Vee reunion organized by Dewey Dellinger, founder and publisher of Victory Lane magazine.

Although the Grand Bahama Vintage Grand Prix had served as the season's final event the previous two years, SVRA decided to reschedule the week–long marathon of festivities after the Christmas holidays, meaning the third running was held in January 1989, making it an early season–opener (although it still hosted the 1988 awards banquet). The fourth and final Grand Bahama Vintage Grand Prix similarly began the 1990 season but only attracted 50 entries and lacked the excitement of the previous events. It would prove to be the final hurrah, with the SVRA elected to return to a domestic-only calendar from 1991.

The Grand Bahama Vintage Grand Prix course was laid out on streets surrounding what today is the International Bazaar shopping centre. Part of the course has been redeveloped, meaning it is now impossible to drive a complete circuit, but the remainder is still there - as is the Burger King restaurant which provided one of the corners with its name! Sadly the whole area has lost much of its luster since being extensively damaged by a tropical storm in 2009 and today contains just a handful of stores and is something of a ghost town with little for the casual tourist. 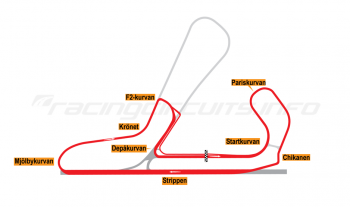 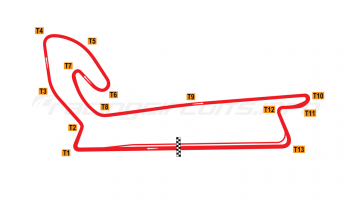 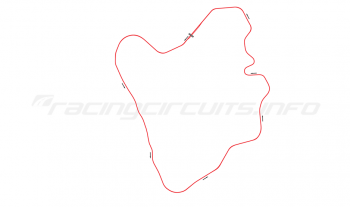