A semi-permanent course winding around parkland roads on the site of a former steel mill, Fundidora Park Raceway enjoyed a short but exciting heyday in the early 2000s, firstly as host to Champ Car's first foray into Mexico for 20 years and then all-too-briefly for the A1 Grand Prix series.

The Parque Fundidora itself is a rather weird and wonderful mixture of modern sporting facilities, park roads and cycleways nestling among the iconic, if now preserved, buildings of the former Fundidora Monterrey. The steel foundry was the first such facility in Latin America and of huge importance to the economic development of the city of Monterrey during the 20th century, helping make it Mexico's second largest urban centre.

Despite many years of success, more turbulent economic times saw the foundry go into bankruptcy and close in 1986, after which the federal and state governments showed interest in using the land to create a public park. Their aim was to preserve the site's industrial heritage while also creating a centre of culture, business, entertainment and ecological awareness for the people of the city.

In 1988 the land was acquired and and the Fideicomiso Fundidora (Fundidora Trust) was created to manage it in an arrangement between the state government and private investment. Construction of the park began in 1989, starting with the preservation of historically important buildings and structures within the foundry and the dismantling of the others, followed by the construction of a convention centre, amusement park, hotel and cinema.

Construction continued through the 1990s but finally the park was ready to open in 2001 with a signature headline sporting event. A deal was struck with the CART Champ Car series organisers to bring the turbocharged single seaters south of the US border for the opening race of the season, their first such foray into Mexico in over 20 years.

To facilitate the racing action, a 2.104 miles course was created from internal roads in the park to a design inspired by Champ Car leading team owners, Jerry Forsythe and Pat Patrick. The result was a flat but wide track, with a number of tricky turns and chicanes. Good views were offered for spectators and, despite its lack of elevation, the circuit proved a tricky one for the drivers to tame.

No doubt boosted by the popularity of home heros Adrian Fernández and Michel Jourdain, Jr., the first event in March 2001 was a huge success, with 116,000 spectators turning out to get their glimpse of the racing action. Newman/Haas Racing driver Cristiano da Matta led 32 laps of a timed race en route to his second career victory and his first with the team, a feat he would repeat the following year as well.

Yearly visits from the CART/Champ Car series were bolstered in 2006 with the addition of the cars of the short-lived A1 Grand Prix series. Alexandre Premat won both races for Team France on what would prove a one-off event.

The Champ Cars World Series arrived as usual in May 2006, with Sebastian Bourdais resuming his usual dominance to take what was to prove the final victory at the circuit. With the series entering into financial difficulties and the need to trim costs, the Monterrey race was dropped from the schedule for 2007, after which the appetite of local officials appears to have waned for racing activity.

Fundidora Park Raceway was located in the park of the same name in Monterrey, Mexico.

Today, the circuit layout itself remains intact, albeit with little hint that it was once a racing circuit, save for the (now unpainted) kerbing. Retaining walls and catch fencing have long since been removed and the former pit lane has been replaced by a decorative footpath and partly subsumed by the expanded Cintermex conference centre. While reinstating racing at the park is not completely out of the question, it does not appear to be likely any time soon. 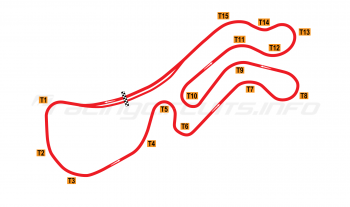 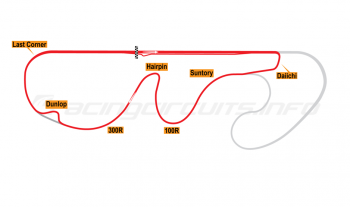 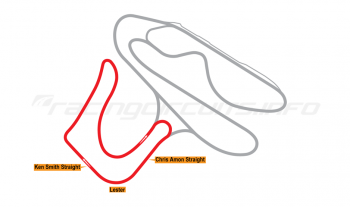