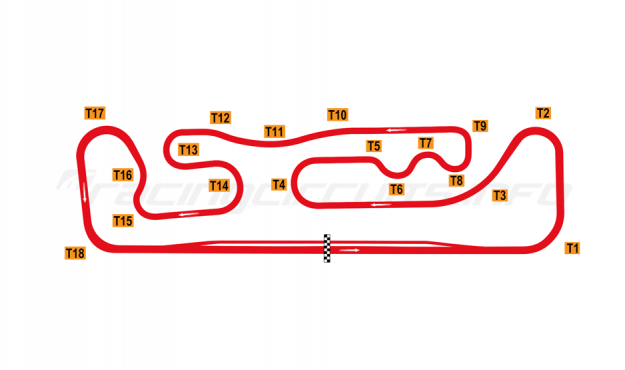 A new circuit bearing the name of legendary star of Formula One and Indycar Emerson Fittipaldi, the Autodromo Yucatán brings a modern international-standard circuit to the popular tourist corner of Mexico for the first time.

The circuit is the brainchild of Javier Montero Azuara, a businessman from Veracruz who is now based in Yucatán, and opened in 2017 at a cost of 51 million Peso. The track is the first part of a longer-term ambition to build up facilities, including a pitlane garages, a grandstand, exhibition area and a hotel.

Largely flat, the track features 18 corners and a width of 15 metres and wide run off areas, making it particularly suitable for motorcycle racing.

The track was inaugurated with a round of the South American Formula Ford series in January 2017, attended by Emerson Fittipaldi himself. Since then, the track has gone on to host further rounds of the series, alongside local superbike racing. It has also been popular for trackdays and manufacturer promotion days.

The Autódromo de Yucatán 'Emerson Fittipaldi' is located near to Mérida in Yucatán, Mexico. The nearest airport is Manuel Crescencio Rejón International Airport at Mérida, around 45 minute's drive away.

The circuit is located between Mérida and the seaside town of Progreso, at kilometre 24 of the Mérida-Progreso highway (261), signposted for Paraiso.

Find the best hotel and flight deals near to Autódromo Yucatán: