Toronto's IndyCar race around the roads of Exhibition Place has fast become one of the most popular and successful street races in North America, attracting big crowds year-on-year.

The second longest-running street race on the IndyCar schedule (only Long Beach boasts a longer run) it has been an ever present on the calendar since 1986, save for a gap year in 2009 and the coronavirus-affected years of 2020 and 2021.

The event is in fact Canada's second largest annual sporting event, eclipsed only by the Canadian Grand Prix in Montreal.

Proposals for a race in the area were first mooted in the mid-1970s, using a portion of Lakeshore Boulevard slightly further to the west. These came to nothing and it wasn't until Montreal began hosting Formula One on Île Notre-Dame that civic and corporate pride came into play to ensure the race was finally organised.

The Molson Brewing Company was keen to have an event to rival the F1 race, which was sponsored by Labatt's, while Toronto's city leaders were keen on gaining some one-upmanship on Montreal. With IndyCar looking for an alternative to the unpopular Sanair oval, the ingredients quickly came together.

A course was laid out using part of Lakeshore Boulevard and roads surrounding the Exhibition Centre. It was certainly an interesting place for a race, with smooth roads offering a fast and flowing circuit in and around buildings and stadia that made up the park. At Turn One, the impressive Prince's Gate provides an imposing backdrop and leads onto the main straight along Lakeshore Boulevard.

Among the buildings forming the backdrop to the track was Exhibition Stadium, located immediately behind the pits. The stadium has a long history, being used for football and baseball, but what is often overlooked is its own brief flirtation with motorsport history.

In 1952, a 1/3-mile paved oval was inserted into the stadium and a 'golden era' of short course racing began.With the large grandstand providing an elevated viewing point, the events proved an immediate hit and crowds of 20,000 were not unusual.

The stock cars remained popular throughout the 1950s and the drivers became heroes. Then in 1958 came the event that saw it claim a slice of NASAR history, when the Grand National Series (now Sprint Cup) rolled into town. Among the starters was a 21-year-old Richard Petty, making his main series debut. He ran well until being shown the 'chrome horn' by his own father, Lee, who went on to win the race...

The NASCAR stars never returned – there was more interest from the fans for the local stars – and racing continued for several years until complaints from the Toronto Argonauts football team that their pitch was being damaged by errant race cars called a halt to proceedings. The asphalt was torn up and converted to a cinder track and the engines fired up no more.

On July 20, 1986, the first Molson Indy was held in front of a crowd of 60,000. Emerson Fittipaldi won the pole with a speed of 106.248 mph but second-placed starter Bobby Rahal turned the tables to take victory from Danny Sullivan and Mario Andretti. Over the next two decades, the stars of CART and later ChampCar battled it our for the victory, with Michael Andretti proving the master of the street course, with seven victories to his name.

In 1996, the course had to be altered due to the construction of The National Trade Centre building, with the pit straight lengthened and a new medium-speed esses section forming the end of the lap. That year's race saw tragedy, however, when Jeff Krosnoff and volunteer corner marshall Gary Avrin were killed when Krosnoff's car was launched into the side barriers off the back of another car at the end of Lakeshore Boulevard.

One of the iconic backdrops to the circuit - Exhibition Stadium - disappeared after the 1998 race.  After the Toronto Blue Jays Major league Baseball team departed for the new SkyDome in 1990, the future of the original stadium was in doubt and it was duly demolished in 1999 and replaced by a car park. From 2006, a new stadium was constructed on part of the site. BMO Field is home to the Toronto FC Major League Soccer Team, so once again the cars found themselves racing past another sporting arena.

In 2007, the event had a new sponsor, Molson having departed to be replaced by the Steelback Brewery in a multi-year agreement. However, the 2008 re-unification of the Indycar and Champ Car series meant there was no room on the calendar and the Toronto race was reluctantly dropped.

After a year's hiatus, the race was revived, with Andretti-Green Racing (later Green-Savoree Promotions) acting as the event organiser and promoter. The traditional July slot was maintained and the now Honda-sponsored event has proved just as big a success as ever.

Continued development in the area, including the construction of a hotel, necessitated the movement of the pit lane to a new location on the outside of Turns 9, 10 and 11 in 2016.  The Indycar paddock remains in its original location however, leading to a less-than-ideal separation when the track is hot, with only a pedestrian bridge linking the two.

Planning a visit to Toronto, Exhibition Place? Find the best deals near to the circuit on hotels, apartments and rooms to rent from the map below.

The Honda Indy Toronto is located throughout and around the grounds of Exhibition Place in downtown Toronto, Ontario. The nearest international airport is Toronto's own Pearson International Airport which is around a 20 minute drive from Exhibition Place.

Given the close proximity to downtown (it's no more than 15 minutes walk from most locations), public transport is the recommended route to the circuit. Buses and trams will take you from downtown to the gates of Exhibition Place and extra services are laid on for the race weekend, so this really is the easiest option.

For those that do wish to drive, on-site parking is only available with an event-issued parking pass and is located in the West Lot at Medieval Times (Dufferin Street and Saskatchewan Road); or the Gore Lot, located on the east side of the grounds at Fleet Street and Lake Shore Blvd.  Parking elsewhere is likely to be very limited. 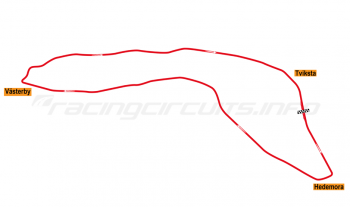 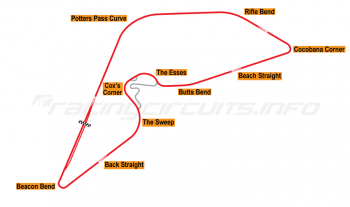 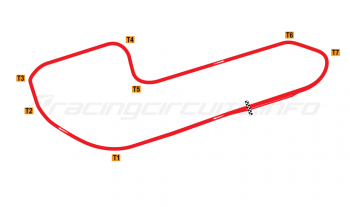