Montreal's Formula E race came and went after just one edition, despite a track layout that was fast and challenging, receiving good praise from the drivers.

As is often the cases with street races, a change in the local political landscape meant that support quickly ebbed away and the race was cancelled for good just as it was getting started.

Smaller crowds than anticipated and relatively poor TV ratings also played their part, so it was always questionable what the long-term future of the race might have been but sadly we shall never now find out.

Formula E's first venture into Canada came on the streets of Montreal, a city that is very familiar to motorsport, thanks to the Circuit Gilles Villeneuve, which sits just over a mile away across the St Lawrence river.

City fathers had agreed a three-year deal with Formula E bosses and spent around $4.5 million to improve the streets that will be used as the race track. The street course consists of 14 turns and runs from Papineau Avenue to Berri Street, along René Levesque Boulevard, Viger Street, Notre Dame Street and St. Antoine Street, surrounding the Radio Canada building and passing through the city's Gay Village and the outskirts of Old Montreal.

As can often be the case with street circuit events, a change in the political winds spelled the event for the Montreal ePrix after just one edition.  The city's new Mayor, Valérie Plante, had campaigned on the promise not to stage the race on the same temporary street circuit on the eastern edge of downtown.  The mayor says the city offered to build a new racetrack, or suspend the event for one year and then hold it at Circuit Gilles Villeneuve, but these scenarios were rejected by the race promoters.

Added to escalating costs from hosting the first edition - supposedly around $40 million - and the expense of building a new course, Plante elected to pull the plug altogether, a decision likely made easier when the event sponsor backed away, citing poor attendance and smaller-than-expected TV viewing figures.  It was a sad end to an event which had only just begun to find its feet.

The Montreal ePrix was located in the borough of Ville-Marie, in the Centre-South district of the city, in Quebec, Canada. The nearest airport is Pierre Elliott-Trudeau International Airport. From the terminal, you can reach the downtown core in less than 20 minutes. Shuttle buses, taxis and limousines, service all major downtown hotels from the airport.

The pits and paddockwere located on Boulevard René Levesque, next to the Maison du Radio Canada. The building is accessible within walking distance east of Beaudry Station of the Montreal Metro.

The eVillage, meanwhile, was located at Square Viger, within walking distance of the Champ-de-Mars metro station. 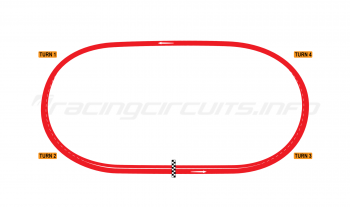 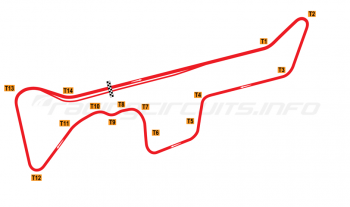 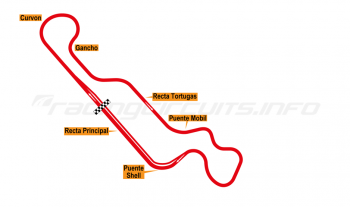