Atlantic Motorsport Park is a popular outlet for speed lovers in Nova Scotia, an otherwise under-served part of Canada as far as motorsport venues are concerned.

One of the most unique things about the track is that it was designed, built and operated since its inception in 1974 by a volunteer group of motorsport enthusiasts, from the automobile, snowmobile and motorcycle racing groups. It remains completely owned by its member clubs and is believed to be the only track in North America that hosting a national series competition that is volunteer run.

From May through October the track is busy with several local motorcycle and car clubs activities. The Atlantic Roadracing League runs a full schedule of motorcycle racing, while the Atlantic Region Motor Sports Club uses it for their touring car and formula racing schedules. Sprint events are organised by the Atlantic Sports Car Club.

The story really begins with the popularity of sports car racing in the 1960s. The Canadian Automobile Sport Clubs (CASC) organised races were popular with competitors from coast to coast, prompting the development of new circuits such as Westwood in the relatively prosperous Vancouver suburbs, while Toronto and Quebec soon also enjoyed popular facilities.

The Atlantic Region of CASC, by contrast, was located in one of the poorest parts of Canada, with more primitive road networks and smaller numbers of competitors. Racers on the east coast made do with temporary circuits created from old military airfields. Debert, near Truro in Nova Scotia, hosted its first race in 1968 and continued to hold regional races for the next five years. In 1972, the Department of Transport decided to open Debert for civil aviation and so racing shifted to the abandoned airport at Pennfield Ridge, near Saint John in New Brunswick. While this kept the racing flame alive, it was far from ideal and a long way from Halifax, where the majority of racers were based.

A better solution was required and in 1972 Atlantic Region race director Frank Jobborn made a bold announcement at the CASC AGM; the region was going to built its own track. "If members of one club on the west coast can build a race track like Westwood, then the members of this Region can build one here," was his rallying cry.

It seemed a tall order; Westwood was in a more prosperous area and run by a club with many more members, yet it was already in financial trouble (and would close for good in the 1980s). The Atlantic Region was much smaller, comprising six clubs with around 100 members between them. Raising the finances was going to require a major effort.

Into the breach stepped Frank McCarthy, well known in racing circles as the manager of the Team Atlantic racing squad. His legendary promotional skills proved a boon and fundraising was soon in full swing. A non-profit company, Atlantic Motorsport Park Inc, was formed and soon had acquired a parcel of land near Shubenacadie. Formula Vee racer and architectural student Robert Guthrie was entrusted with coming up with the layout and soon local firms were encouraged to pitch in to help keep construction costs as low as possible.

The 1.6-mile course that finally emerged largely followed the contours of the land – this helped to reduce any expensive earth moving or grading to a minimum. The finished course proved a good driver's circuit thanks to its twists and turns.

Atlantic Motorsport Park opened for business in August 1974 and has remained in the ownership of its founding clubs ever since. Early highlights included the visit of the Formula Atlantic cars for the track's first five years. Canadian national racing legend Bill Brack won three of the races, while Gilles Villeneuve set the official lap record of 60.00 seconds in 1975, before winning the race the following year.

While the Atlantic cars departed at the end of the 1970s, the circuit has become an integral fixture on the Canadian Superbike Championship to this day.

From May to October the track is busy with club activities. The Atlantic Roadracing League runs a full schedule of motorcycle racing, while the Atlantic Region Motor Sports Club hosts its sedan and formula racing schedules at the circuit. The Atlantic Sports Car Club, meanwhile, organises time-attack SoloSprint rounds and there are also a number of performance driving and racing school events throughout the year.

Planning a visit to Atlantic Motorsport Park? Find the best deals near to the circuit on hotels, apartments and rooms to rent from the map below.

Atlantic Motorsports Park is located near to Shubenacadie in Nova Scotia, Canada. The nearest airport is Halifax's Stanfield International, around 40kms or a 40-minute drive to the south. 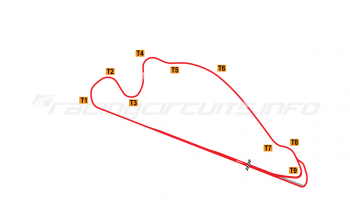 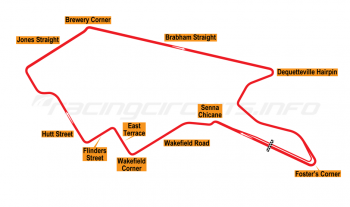 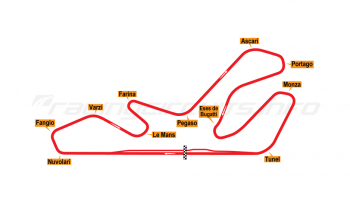