Formula E kicked off its next generation of racing cars with its first event in the Middle East in 2018 at the UNESCO World Heritage Site at Diriyah, a short hop from the Saudi Arabian capital, Riyadh.

The 1.5-mile track features 21 turns and winds its way through the historic area, complete with its adobe brick buildings in a blend of the ancient and the ultra modern. The existing road network has been upgraded to meet FIA standards, with the work performed in close collaboration with UNESCO and the Diriyah Gate Development Authority to ensure that the area's heritage is conserved for future generations.

The Diriyah Formula E site also has stands that can accommodate tens of thousands of fans on the race day, alongside a concert arena for the three nights, an E Village entertainment area, plus cultural and heritage zones for families.

The first event in 2018 was affected by heavy rain which flooded the track; as a result, the two scheduled practice sessions were cancelled and combined into a single 35 minute session. Qualifying was restructured into a 30-minute two-group session that saw António Félix da Costa claim the first pole position of his career.

In the race, Félix da Costa held the lead for the opening 13 laps until Jean-Eric Vergne passed him going into turn 18 on the 14th lap. As Vergne appeared set to take his first victory of the season, he incurred a drive-through penalty for exceeding the maximum amount of power permitted under electrical energy harvesting. He took the penalty in the pit lane and fell to fifth. Vergne recovered through the field but he could not make a successful pass on the final lap on Félix da Costa who clinched the second win of his career and BMW's first as a Formula E manufacturer.

For 2019, the Attack Mode activation zone was moved, now being located at the Turn 18/19 chicane, moving from its previous difficult location on the exit of Turn 17. The event was a double-header for the first time and was the last race organised prior to the Covid-19 crisis, which dramatically altered the remaining season calendar.

The first race saw Alexander Sims take pole position for BMW and lead away cleanly from the start and into the first portion of the race.  In the closing stages, Mercedes-Benz driver Stoffel Vandorne barged his way past, a move that also allowed Virgin Envision racer Sam Bird to get past. A lap later and Bird was through to claim the lead, sweeping past Vandoorne into the chicane.  Bird held onto the lead to take the win, in front of a charging Andre Lotterer and Vandorne.

Ahead of the second race, the inside wall at turn four was moved further inwards to slightly narrow the circuit. This came after complaints about grip during the first race, while a change in wind direction meant less dust and sand was blown onto the circuit.  Sims was again on the pole and this time leapt into a lead that he never lost.  Behind him one of the more chaotic Formula E races was unfolding, which saw numerous safety car interventions and penalties being applied for overtaking under yellow flag conditions.

Ahead of the 2021 race, the track underwent further revisions, with changes revealed only a few days before opening practice.  As a result of some resurfacing activity in the Ad Diriyah district, modifications were made to several corners, partly in a bid to ensure teams do not arrive with the perfect setup derived through simulations. A shallower entry was created to Turn 9, which in turn increased speeds through a very lightly re-profiled Turn 13, before arriving at a tighter Turn 14 right hander.  Meanwhile the entry to Turn 18 was been opened out slightly, while the apex of Turn 19 was brought inwards, to create a slightly tighter mid-point of the chicane complex.  Lap distance, however, remained the same.

The same configuration was used in the 2022 races.

Planning a visit to Diriyah? Find the best deals near to the circuit on hotels, apartments and rooms to rent from the map below.

The Diriyah E-Prix circuit is located at Ad Diriyah, a short drive from the centre of the Saudi Arabian capital Riyadh. Riyadh is served by the King Khaled International Airport, which is located about 22 miles (35 km) north of the city and handles both domestic and international flights.

To access the entire Ad Diriyah site, including the racetrack and grandstands, the 180,000 sq me Allianz E Village and the concert arena, you must have an official Formula E ticket, either a three-day ticket or a ticket for the day you are attending.

Single-day and three-day grandstand ticket holders can benefit from a 'Park & Ride' service, which will operate from King Saud University, where parking is available for up to 7,000 vehicles.

Shuttle bus services begin operating an hour before Ad Diriyah opens to the public. The last bus back from Ad Diryah ranges from 11.30pm to 12.15pm, please check with your individual route for confirmation. 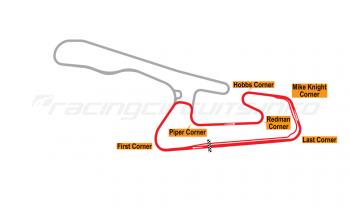 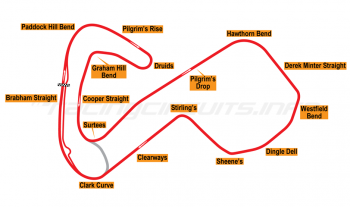 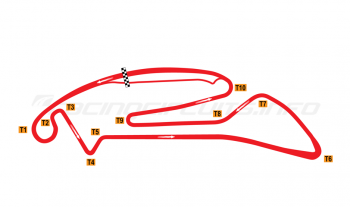