Winfield was where it all began for Scottish motor racing, as the ex-military airfield was the venue for the first ever motor race north of the English border.

Laid out in the rather primitive style which typified the airfield circuits of the day, Winfield had a short shelf life, hosting just three season's worth of racing.

Hopes of establishing more permanent racing facilities were dashed when the military authorities couldn't guarantee the airfield wouldn't be re-activated, so  the racing switched to nearby Charterhall.

Located B6461 between Berwick and Swinton, Winfield was originally known as RFC Horndean, having been built as First World War landing ground, the idea being to provide a safe space where crews could land in an emergency. Its primitive facilities were not to last, as before the war's end it would close, returning to its former agricultural use.

The military came calling again during World War Two, however, when a new RAF fighter training station was built on the site, opening in April 1942 as a subsidiary airfield to its nearby parent at Charterhall. The aerodrome was initially used for night fighter training with Bristol Beaufighters, Beauforts and Blenheims, while Douglas Bostons and Supermarine Spitfires also made brief appearances, before de Havilland Mosquitoes held sway by the end of the war.

After hostilities ended, the base became home to displaced Polish servicemen. Famously, they brought with them a brown bear that they bought, as a young cub, at a railway station in Hamadan, Iran, while evacuating from the Soviet Union. Nicknamed Wojtek by the soldiers, he was actually officially enlisted as a private in order to provide for his rations and transportation, subsequently promoted to corporal! The bear soon became a fixture in the local area and when the Poles were demobbed back home, Wojtek was gifted to Edinburgh Zoo, where he saw out the rest of his remarkable life.

Motorsport begins on a makeshift circuit

As for RAF Winfield, it was eventually being deemed surplus to military requirements and it once again returned to agricultural use. After a few years, local farmers and car enthusiasts David Swan and Alex Calder, together with garage owner Jock McBain, were looking for a suitable site at which they could practice in their sportscars, prior to heading south to England where racing was already established. Soon they discovered the abandoned Winfield air base and approached the landowners, who readily agreed for them to create a make-shift circuit using one of the runways and perimeter roads.

It didn't take long before the idea dawned that, as well as testing, they could actually hold a race on their new circuit, which would save the long trips south for the Scottish competitors and racing fans. Bill Martin, secretary of the Berwick and District Motor Club was duly consulted and together the Lothian Car Club and the Hawick and Border Car and Motor Cycle Club were then approached, with the aim of banding together to organise a race. The proposal was greeted enthusiastically, so after just a few weeks the Winfield Joint Committee - twelve men representing the three clubs - held its first get together and set about carving out a place in Scotland's motoring history.

As a result the first actual race meeting in Scotland took place in October 1950, after much manual labour had been put in by the members of the committee and a band of merry volunteers. Pot holes were filled, vegetation cut back and a two-mile course was marked out before being swept clean. Corners received names that were pertinent to the local area; Horndean, Hilton and Fishwick.

Race winners at that first meeting included some notable figures. Fittingly, it was Jock McBain whose MG won the opening race on the programme. As well as being one of the founders of the Winfield Joint Committee, he would go onto found the Border Reivers team which would go on to supply Jim Clark with international-class machinery to kick start his career. Clark's brother-in-law Alec Calder was himself taking part, winning one of the sports car races in a Riley. David Murray in a Maserati won the feature race; he would later achieve bigger fame establishing the fabled Ecurie Ecosse team which won Le Mans in both 1956 and 1957.

Other races followed during in July and October 1951, at which the reputation of the Scottish Borders circuit grew, along with that of its organisers. Ambitions grew stronger and the idea of hosting an international race soon became ever-more appealing, with helpful noises from the RAC suggesting that an approach to this end would find favour. It was pretty clear that to do this major investments would be needed to bring the track surface fully up to scratch, so enquiries were made with both the RAF and the local farmer. Permissions were readily granted, though it was made clear that the military authorities could not guarantee the site's continued availability for racing in the future.

The prospect of investing considerable sums of money perhaps to never see further racing take place obviously proved a step too far. As it turned out, while the US Air Force was allocated the site for several years, it was never actually re-activated. Some sprint events did continue to be held there and eventually it would also see use until relatively recently as an occasional rally stage.

However, circuit racing was a dead rubber at Winfield after just three meetings. The Joint Committee soon found itself the perfect replacement at Charterhall, around 10 miles to the west and Winfield was left to fade out of memory.

The Winfield Circuit was located at West Fishwick, in the Scottish borders, near to Berwick-upon-Tweed. Today the site is mainly private farmland, though the crumbling runways and perimeter roads are still perfectly visible from the air. 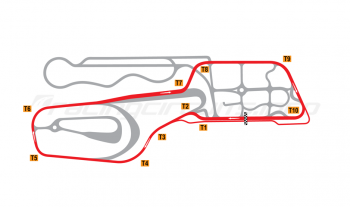 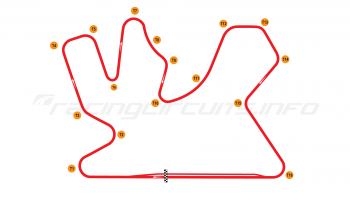 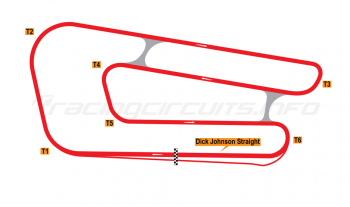