Three Sisters Circuit has been a busy and active karting circuit since its creation in the late 1970s but also holds regular motorcycle racing and testing, as well as car rallies and sprints.

Located just outside Wigan, the circuit takes its name from the three huge spoil heaps that once sat on the site, which was formerly part of the Garswood Hall Colliery. Coal mining ceased in 1958 but it took another 20 years before the slag heaps - also known somewhat affectionately to locals as the 'Wigan Alps' - were landscaped into a 44-hectare country park and woodland, with the karting circuit as a slightly unlikely centrepiece!

The story of the transformation began in 1960, when the derelict land was bought by Lancashire County Council. Towards the end of that decade, a grant from the Department of the Environment enabled the council to begin reclamation works. A total of 3.5 million tonnes of earth had to be moved and reshaped, along with the creation of 10 miles of sewers, ditches and surface water drains.

A government reorganisation in 1974 saw the project taken over by Greater Manchester Council and was finally handed over to Wigan Metropolitan Borough for completion and management.

The Three Sisters Recreation Area was opened to the public in November 1978, boasting a country park and a lake alongside the kart circuit. Woodland was soon also planted around the site to create what is today a thriving nature reserve.

The new kart track soon began to thrive and attracted attention from other disciplines within the sport. Motorcycle racing was the first to arrive, when the Preston and District Motorcycle Club began organising races in the early 1980s. In the early years, the circuit ran race meetings with all disciplines together including karts, scooters, motorbikes, sidecars and even model airplanes.

Many other clubs used to run motorcycle meetings at the circuit, including Fleetwood, Shaw & District and Bolton, though with the exception of Supermoto, the Preston and District club remains the only one to have organised full motorcycle races.

Into its second full decade Three Sisters got an upgrade when a new extension was opened in the early 1990s. This included some added gradient with the circuit climbing from the end of Conrod Straight up Pentith Rise to the appropriately (if unusually) named Coward's Summit, which brought the track back to the pit straight. The full track length was thus extended to just under a mile.

At around the same time, new safety barriers were installed thanks to Wigan & District Motor Club member Alan Bibby, who brokered a deal with the landowner of the former Flookbrough airfield circuit in Cumbria for all of the Armco barriers. Their installation at Three Sisters meant that car sprints and other events could now be organised for the first time, expanding the venue's capability.

Three Sisters has continued to be a busy hub for motorsport in north west England. Some famous names have become associated with the track over the years, including two Superbike World Champions. Neil Hodgson took his first ever win on two-wheels at the track in 1990, while James Toseland began his career riding a 75cc Cagiva Prima in the 1995 Junior Racing Association events.

The circuit was also one of five to be chosen to be part of the McLaren Mercedes Champions of the Future programme in 2006, which unearthed the likes of Lewis Hamilton and Gary Paffett as champions. The same year saw the installation of floodlights around the perimeter of the circuit

In May 2017 there was consternation and shock when the circuit suddenly closed its gates when the operating company unexpectedly went bust, resulting in the staff being laid off. Happily, a new management team was soon found, led by karting industry legend Bill Sisley and Chris Pullman.

Much-needed resurfacing work was carried out in 2018, following an incident the previous year which saw a motorcycle rider suffer serious injuries in a crash in which it was suggested the track surface had played a part. This led the ACU to call for urgent changes, which happily were satisfied by the renewal works.

The revived circuit was thus able to celebrate its 40th anniversary with renewed confidence and today continues to welcome drivers of all ages and entry-levels for a range of motorsport activities including drifting, supermoto, minimoto, ACU motorbike racing, car rallies and sprints, and karting for all ages.

Planning a visit to Three Sisters? Find the best deals near to the circuit on hotels, apartments and rooms to rent from the map below.

Three Sisters Circuit is located in Ashton-in-Makerfield, near Wigan, in the north west of the United Kingdom. The Lanacashire facility is less than 45 minutes drive from the major populations centres of Manchester, Liverpool, Warrington, Runcorn, Bolton, Ellesmere Port, Blackburn, Rochdale, Preston and Southport. Both Liverpool and Manchester have international airports.

If travelling to the circuit by car, use the following address for your Sat Nav: Three Sisters Race Circuit, Three Sisters Road, Ashton-in-Makerfield, Wigan, WN4 8DD. From the south , take the M6 motorway and exit at junction 25 for the A49 to Wigan. At the Bryn Interchange roundabout, take the second exit and head onto the A49S towards Ashton. After Bryn turn left onto the B5207 towards Golborne. After passing over the railway line, take the first left onto the industrial estate (Lockett Road) then continue along to the second turning to the left (Three Sisters Road) and follow the signs to the circuit.

From the north, you will need to exit the M6 at junction 24 and head into Ashton-in-Makerfield along the A58. Continue through the town centre on the A58 until you reach Bryn Road South and turn left, following the brown signs for Three Sisters. Continue along the road until you reach the South Lancs Industrial estate and turn right onto Lockett Road. Continue along to the second turning to the left (Three Sisters Road) and follow the signs to the circuit.

Parking on site is permitted at extra cost (depending on the event). There are other car parks just outside the venue 2 minutes' walk away, with some of the car parks being shared with the adjacent nature reserve.

If travelling by train, the nearest station is Bryn, and a taxi takes just under 5 minutes from the station. 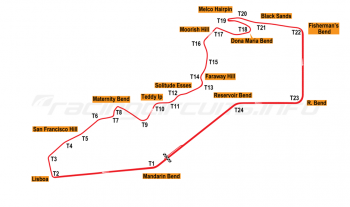 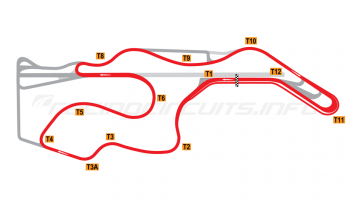 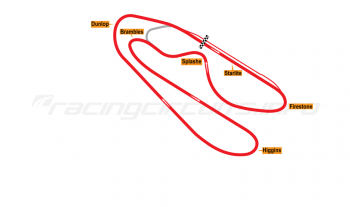