Scotland's only permanent racing facility has cemented itself as one of the most popular venues in the United Kingdom, thanks to its short but exciting layout which encourages plenty of action.

Under the guidance of owner Derek Butcher, the circuit has progressed from little more than a club racing venue to a seven-days-a-week operation employing fifty-one full-time personnel. It is also one of the few tracks in the world to be licensed to run in both directions.

Knockhill entered the big time in 1992 when the prestigious British Touring Car Championship visited for the first time, with the British Superbikes soon following. Both categories have remained as mainstays of a busy schedule which also includes corporate events, test and track days.

The circuit was the realisation of local farmer and motorbike racing fan Tom Kinnaird, who travelled regularly to events across the country but dreamed of being able to see motorsport a little closer to home. On his farmland lay the ideal solution; several service roads and a disused railway line seemed to offer a good layout for racing.

Setting out with his digger in 1972, Tom began to carve out a circuit which swooped and fell down the hillside before connecting with the route of the old railway to head back up the hill, through a tight hairpin and back to the start. By the autumn of 1974, the 1.3 mile course was complete featuring a unique series of twists, turns, drops and climbs, varying by around 200 feet (60m) from highest to lowest point.

From the outset, Tom's notion of 'if you build it, they will come' proved accurate, as major crowds flocked to see the action. Knockhill enjoys a huge catchment area, being close to Dunfermline, Falkirk and Stirling and within easy reach of both Edinburgh and Glasgow.

Initially, Tom planned to operate the circuit himself, but after putting on a strong calendar for the first 12 months, it became obvious that if the track was to be taken to the next level, further investment would be required. Enter Denis Dobbie, who was already active in motorsport through his DART Formula 3 team. He saw the potential in Knockhill and had the appropriate connections as well as access to finance to be able to progress its development. A one-year lease – with an option to buy – was quickly drawn up.

The ultimate aim was to organise a Scottish Grand Prix, but this would require a major upgrade. Plans for an extension to bring the circuit up to 2.3 miles were put forward; these would see 40 pit garages and ancillary buildings constructed, along with a hotel, chalet lodges, a kart track, 4x4 course and pony trekking area.

The first phase saw upgrades to the existing circuit, including the addition of security fencing, a second layer of tar on the track and the opening of a race control building, medical centre and installation of a spectator footbridge. By year's end, however, the circuit had accumulated debts of some £250,000 and, as landlord, Tom Kinnaird took back the keys to the premises. During the next seven years he leased out the venue on a year-by-year basis.

By 1984, it was time for another local motorsport luminary to take the helm. Derek Butcher has achieved some success on two wheels, rising at Knockhill and other north eastern road racing venues on a variety of machinery. When his security alarms business was bought out by an American multi-national, suddenly he found himself with the time and means to purchase South Lethans Farm and all its assets from Tom Kinnaird.

Derek soon set about the task of bringing Knockhill up to acceptable standards, investing £100,000 over the next few years to modernise facilities. They certainly needed it – the wooden race control, offices and medical centre sat in a primitive muddy paddock, and the toilets were in a converted former British Rail goods van!

The track has been resurfaced twice since then, with continual improvements to the infrastructure each year, including the widening of the approach to McIntyre, Clark and the hairpin. More recently, upgrades to the run-off areas and pit entry and exits have led to the recertification of the anti-clockwise course, which means that racing can now be held in both directions for the first time since 1994.

Planning a visit to Knockhill? Find the best deals near to the circuit on hotels, apartments and rooms to rent from the map below.

The circuit is short distance form the M90 Edinburgh to Perth motorway.  Take the junction 4 exit (signposted Kelty and Dollar), and head along the B914 (away from Kelty) for approx 2 miles. At the Y junction with white cottage in middle, take the right hand fork, continuing along the B914 signposted to Saline.  Continue for approx two miles and then turn right onto the A823.  The entrance to Knockhill Circuit is on the left after two miles. 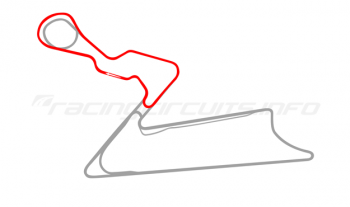 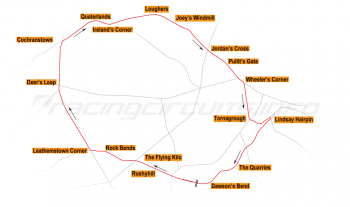 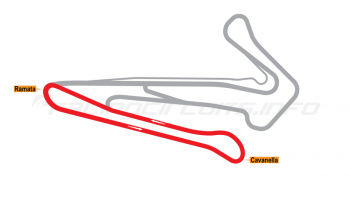