Castle Combe, known as the 'friendly circuit' to many, has a long history which has been somewhat blighted by planning and noise wrangles over its lifespan, contributing to keeping the venue as a home for club racing but limiting any higher use.

Despite such setbacks, the circuit boasts a full racing calendar featuring three of its own buoyant club championships and the Hot Hatch Challenge as well as a host of other events.

Outside of racing, the circuit serves as host to a half-marathon, regular car boot sales and a steam rally each May.

As with many British courses, Castle Combe began life as an RAF airfield, built during World War Two as a training ground and home to a fleet of Airspeed Oxfords. It opened in 1941, with its perimeter road (now the race track) being laid around the grass runways in April 1943. The base did not become fully operational until March 1945, two months before VE Day, with the last plane departing in July of that year. Thereafter the site was used as a camp for Polish refugees until 1948, after which it became inactive and was returned to landowners the Gorst family.

One of the landowners, Katherine Gorst, was married to chief designer for Frazer Nash Cars and the engine development man at Bristol Cars, so it was perhaps inevitable that the perimeter road was quickly identified as being suitable for motor racing. The first event, organised by the family and the Bristol Motorcycle and Light Car Club, took place in July 1950, though records do not recall who was the first winner.

Among the winners in its first year was a young Stirling Moss and in the first decade names such as Mike Hawthorn, Colin Chapman, Les Leston, Roy Salvadori and John Surtees all thrilled huge crowds. The highlight event undoubtedly came in 1955, when Harry Schell drove a Vanwall to victory in the Avon Trophy Formula One race.

But just as the circuit appeared to hit set to hit new heights, a number of factors conspired to limit ambitions. Planning wrangles saw the circuit at one point limited to just five racing days per year, while the 1955 Le Mans disaster saw the RAC decree that safety banks must be built around all courses to protect spectators. The Bristol Motorcycle and Light Car Club decided it did not have the finances to build such banks and racing ceased.

At around the same time, the Castle Combe estate was broken up and sold off, piece by piece, including the circuit. The circuit found itself being leased to AFN Ltd, formerly Frazer Nash Cars, who ran the track as AFN Castle Combe. From 1956 to 1961, only motorcycle races, sprints and tests were held.

In 1962, however, the British Racing and Sports Car Club's Nick Syrett convinced the Bristol Motorcycle and Light Car Club to fund the spectator banks and car racing resumed. By 1964 the increased usage required a resurfacing and events began to build once more. By the end of the decade, AFN had become a subsidiary of Porsche and the national importer for the brand. Plans were hatched for Castle Combe to become the home of a new importation centre in the paddock area, with the added bonus of a test track on its doorstep. It was hoped to continue with racing too, but further planning wrangles meant the centre never became a reality.

This setback seemed to limit AFN/Porsche's interest and John Webb of the old Brands Hatch company, Motor Circuit Developments, took over the remaining years of the lease. Webb tried hard to boost the circuit's fortunes, despite a lack of investment in the facilities which were beginning to show their age. F5000 and the European Championship arrived in 1970, with Peter Gethin lapping the track under the magic minute to raise the lap average to 117mph, making Castle Combe among the fastest tracks in the country.

Planning problems continued to thwart long-term development and noise nuisance complaints also began to arise. However, in 1976 the lease passed to Howard Strawford and the long road to developing the circuit as a modern national racing venue began. Over the next 20 years, the numbers of events slowly increased, though the circuit essentially remained a hub for club racing, with a number of hugely successful local championships continuing to attract entries and spectators.

Into the 1990s the circuit proudly could boast that it had retained its original layout for over 40 years and it remained fearsomely fast. During the BOSS Championship races in 1997, Nigel Greensall established a new lap record when his Tyrrell 022 lapped the circuit at 130.93 mph (210.71 km/h).

Tragic events were to force the hands of the Strawfords into making changes to the layout, however. During a TVR Tuscan qualifying session in August 1998, a wheel came off the car of Bobby Verdon-Roe at Camp Corner, flying into the crowd and killing a spectator. Over the winter, modifications were made to spectator areas and chicanes were added ahead of Old Paddock Bend and Westway to reduce overall speeds and the circuit was generally given a complete makeover.  A third chicane, used only for bike races, was also inserted ahead of the final corner.

While Castle Combe's proud boast of an unchanged track was now history, the upside was that the changes increased the opportunities for hosting a more diverse range of events. Formula 3 and the British GT Championship arrived in 2001, with the events proving a very popular addition to the national calendar. Sadly, they were to be short-lived.

Increasing complaints over noise from a small number of residents in the village led to the circuit being served with a noise abatement order, meaning that decibel levels would have to be much more tightly controlled. It spelled the end for series such as F3 and GT, which were both louder than permitted and so the circuit largely reverted to its role as a home for club racing. The local championships dedicated to saloon cars, GTs and Formula Ford are still active, with packed grids and exciting races.

Planning a visit to Castle Combe? Find the best deals near to the circuit on hotels, apartments and rooms to rent from the map below.

Castle Combe Circuit is located in Wiltshire, England, approximately 90 miles from London, 60 miles from  Birmingham and 60 miles from Cardiff.  The nearest airport is at Bristol, around a 50 minute drive, although London's Heathrow, the UK's largest airport, is around an 80 minute drive along the M4 motorway.

The circuit can be found 5 miles west of Chippenham on the B4039, just half a mile from the village of Castle Combe.The circuit is situated close to Junctions 17 & 18 of the M4 motorway and is clearly signposted using the brown tourist signs marked with a chequered flag.

By rail, Chippenham is on the main line from Paddington to Bristol Temple Meads. For travel enquiries, contact National Rail enquiries on 0845 7484950. Taxis are available at the station. 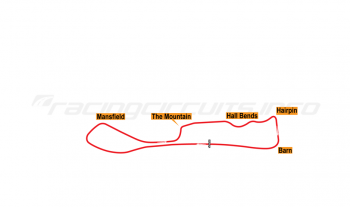 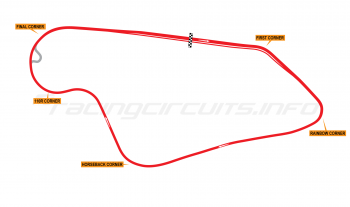 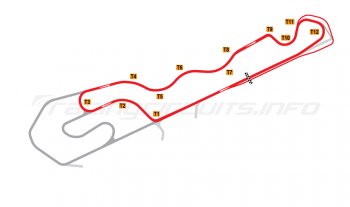