Brooklands is, in essence, where the story of motorsport at permanent racing venues really began to take off. The world's first ground up, purpose-built motor racing circuit opened in 1907 on a marshy piece of country estate in Weybridge, Surrey, by wealthy English industrialist Hugh Fortescue Locke King, who wanted to establish a venue for British cars to be tested and raced.

The result was a circuit famed for its high speeds and a motto of: 'The right crowd and no crowding'. Brooklands went from strength-to-strength, holding numerous speed record attempts, the very first British Grand Prix and a host of 500-mile races.

In the centre of the track was the Brooklands aerodrome, one of Britain's first airfields, which also became Britain's largest aircraft manufacturing centre by 1918, home the Vickers factory, producing aircraft from Wellington bombers to the VC-10.

Today the site is home to the Brooklands Museum, which tells the motoring and aviation history of the site and is also home to the London Bus Museum.

Note: There are a number of tracks which held races ahead of Brooklands but all were originally built for purposes other than motorsport. The Milwaukee Mile (1903), Fairgrounds Speedway in Nashville (1904), and Aspendale Racecourse near Melbourne (1906) were all originally built as horse racing tracks.

Brooklands began as an idea to ensure British pride was kept intact on the world automotive stage, at a time when laws in the United Kingdom enforced blanket 20 mph speed limits on public roads. With no-where to test at speed, there was a fear that the British auto-industry was at a competitive disadvantage, particularly when compared to the French manufacturers, who at that point churned out nearly half of all the cars in the world.

Enter wealthy entrepreneur Hugh Locke King, who decided that Britain simply must have its own facility and set about building on 330 acres of farm and woodland on his estate at Weybridge in Surrey.  He enlisted the services of Colonel Henry Capel Lofft Holden of the Royal Artillery to design the facility in 1906.

Soon the plans had morphed from the simple test track that Locke King originally envisaged. In order to promote the highest speeds possible, Locke King was persuaded that the 2¾ mile outer circuit would require huge banked corners at each end, each up to 30 feet high. The resulting design saw a track width of 100 ft., made of concrete and featuring two long straights, one running for half a mile beside the London to Southampton Railway, and an additional ‘Finishing Straight’ passing the Paddock and enclosures, bringing the total length of the track to 3¼ miles.

Clearly Holden was a persuasive man, since the completed facility literally cost Locke King his fortune, requiring some £150,000 to construct (equivalent to more than £16 million today).  The stresses of building on such a grand scale took its toll; Locke King's wife Ethel took over supervision of the project when her husband's health deteriorated. Her family also came to the financial rescue, loaning funds to pay off debts caused by the construction.

The huge scale of the banking brought its own challenges:  it was simply too steep and expensive to lay asphalt on, so uncoated concrete was used instead, with giant slabs cast to form the banking. This infamous bumpy surface of later years was a legacy of this construction technique, as the slabs settled at different rates as time went by.

Most remarkably, the whole circuit was constructed in just nine months, with Ethel Locke King leading out the inaugural procession on the new course on June 17, 1907, heading a field of cars her open Itala car.

The first competitive event on the new course took place on 28-29 June, when leading racing driver Selwyn Edge fulfilled a promise to lap the course continuously for 24 hours to set a new speed record. Accompanied by riding-mechanic Joseph H Blackburn, he covered 1,581 miles, 1,310 yards (2544 km) at an average speed of 65.905 mph in a 60hp Napier.  The record stood for another 18 years.

The first official race was on July 6, 1907.  Special trains were run from Waterloo and more than 13,500 spectators and more than 500 cars passed the turnstiles. H.C. Tryon, driving one of Edge's Napiers, earned the distinction of becoming the first winner at the track, taking the first heat and the final of the Marcel Renault Memorial Plate.

Brooklands featured a variety of layouts, including the Grand Prix circuit, which featured temporary chicanes on the start finish straight, to give a 'Continental' flavour to races. The fearsomely fast outer circuit held relatively few races in comparison to the other layouts, but was the mainstay of speed trials and testing. It was popular with early car manufacturers because vehicles could be driven full throttle all the way round for an indefinite amount of time.

Races on the full oval began on the finishing straight, before bypassing it at Vickers and onto the Members Banking.

The Mountain Course was another fast blast around part of the oval track, although this time in reverse, with cars traversing the Members Banking in a clockwise direction. The circuit was the brainchild of clerk of the course A. Percy Bradley and had a lap record speed of 84.31 mph, set by Raymond Mays in an ERA in 1936. The last ever race on the circuit was won by well-known band leader Billy Cotton.

By the 1930s, however, Brooklands had to share the limelight with Crystal Palace and Donington Park, so the Brooklands Automobile Racing Club responded by building the Campbell Course. This was intended to be a more traditional road course, though it did feature a considerable portion of the Members Banking, which gave the advantage of making most of the course visible from Members Hill.

The first race on the new course was the Campbell Trophy, which featured a battle between Lord Howe's ERA and the Maserati of Prince Bira of Siam, which resulted in Howe hitting the parapet of the bridge as the course crossed over the River Wey.  Despite broken ribs, he live to tell the tale as Bira went on to take the win.

It was war that finally sounded the death-knell for the circuit. Taken over by the Air Ministry, the circuit found a new role with the expanding Vickers and Hawker aircraft factories, which spent the war churning out Hurricanes and Wellington Bombers.

Large sections of the track were disguised from German bombers by planting trees in the concrete, which left a hefty repair bill post-war that would prove too great to allow racing to return. The circuit was sold to Vickers Armstrong in 1946 and the Brooklands Owners Club (later to become the BRDC) found a new home at Silverstone - ironically itself an wartime airfield.

The end of any possibility of Brooklands ever returning as a racing circuit came definitively in 1951, when a section of the Byfleet Banking was removed to allow Vickers Valiant V-bombers to be flown out to Wisley airfield.

The Vickers factory became part of the new British Aircraft Corporation in 1960 and went on to design and build the BAC TSR2, One-Eleven and Concorde. The factory contracted in size in the mid-1970s and finally closed in 1988-89.

Further indignities came in the 1980s when areas were reclaimed as car parks and later office space, while the Members Banking now ends sharply, sliced away by a supermarket, although it has at least been done in such a way as to emphasise what little is left.

Latterly, events have conspired to be kinder to Brooklands. In 1987 the site become home to the Brooklands Museum, which is dedicated to the site's motoring and aviation heritage. A popular recent addition to the collection of aircraft is the first production Concorde.

The remaining sections of track, meanwhile, were placed under a Preservation Order in 2001 which will prevent their further destruction.

The central area of Brooklands, including the hard runway and remaining racetrack, was sold to DaimlerChrysler UK Retail in early 2004. A Mercedes-Benz museum and performance demonstration centre has now been constructed in front of the remaining banking. A test course in front is located alongside the remaining parts of the former Campbell course, including the Clubhouse turn. The facilities also include a conference centre, hotel and a Mercedes-Benz showroom.

As part of its expansion, the Brooklands Museum welcomed the London Bus Museum (formerly the private Cobham Bus Museum) to purpose-built facilities on the site in 2011.  The museum displays 35 historic London buses dating back to the 1870s, together with associated artefacts, and is run by the London Bus Preservation Trust.

More recent works have included the £7 million Brooklands Aircraft Factory and Race-Track Revival Project. Heritage Lottery Funding was secured to dismantle, fully restore and relocatie the 1940 Bellman Hangar away from the circuit’s Finishing Straight, building an adjacent two-storey Flight Shed with stores and workshop on the ground floor.  This has allowed the restoration of the north end of Finishing Straight. The latter was completed in time for the 110th anniversary of the Track opening in June 2017 and the rest of the project was finished and officially opened as the Brooklands Aircraft Factory by HRH Prince Michael of Kent on 13 November 2017.

The remaining sections of Brooklands can be found in Weybridge, Surrey, England. London's main airports are all within easy reach (Heathrow is only a few junctions further up the M25 motorway).

Portions of the banking are today bisected by the A318, while a housing estate sits on the former Vickers/BAC aircraft factory site.  Fortunately, the excellent Brooklands Museum tells the tale of the historic venue extremely well, while the neighbouring Mercedes-Benz World at least keeps alive some contemporary fast transport options.

The Brooklands Museum is between Weybridge and Byfleet in Surrey. Just a few minutes from Junction 10 of the M25 and the A3 London-Portsmouth trunk road. Follow the brown ‘Brooklands Museum’ signs until you reach the entrance to Mercedes-Benz World, marked by our Concorde Gate Guardian. The main visitor entrance of the Museum is reached via Brooklands Drive - follow the road around the back of the Mercedes-Benz World building until you reach the Museum car park. 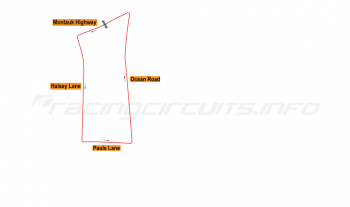 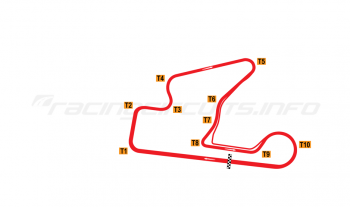 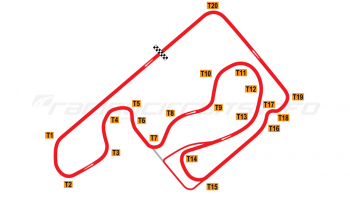