Anglesey Circuit – or Trac Môn as it is known in Welsh – is among the UK's most modern racing facilities and among its most spectacular. Overlooking the Irish Sea and with Snowdonia as a backdrop across the water in mainland Wales, the circuit has been designed to take account of the undulating landscape, packing in imaginative cambers, a blend of fast sections, technically challenging mid-range corners, hairpin bends and even a banked corner.

The circuit has become well recognised thanks it use by the TV motoring programme Fifth Gear for its' 'Shoot Out' segment of the show. As with many track day enthusiasts, the Coastal layout was favoured, mainly due to the difficult downhill corkscrew segment.

Located on the island of Anglesey, off the north Wales coast, the circuit is built on what was originally a British Army and later RAF establishment. The camp at Tŷ Croes was originally home to a Royal Artillery training facility and then later a TA Barracks. Among those passing through the facility in its early years to complete his National Service was the late British radio DJ John Peel, whose demob record was unequivocal about his lack of military prowess: "At no time during his National Service has this man shown any sign of adapting to the military way of life" it read, though he was praised for maintaining the most spotless lavatory!

Another interesting footnote in the barracks' life was its use in the 1970s to house Asian refugees fleeing from Idi Amin's Uganda. It must have been a considerable culture shock, but there are tales of strong bonds being formed with the local community which have lasted well beyond the incomers' stay on the island.

Later in its life, Tŷ Croes became an RAF radar establishment, complete with signature domed arrays and even a small narrow gauge railway. It continued in this guise before eventually being decommissioned in 1992/93 , with the buildings and facilities steadily falling into disrepair.

It was against this backdrop that the Wirral 100 Club saw an opportunity to organise motor racing, with the course formed by roadways around part of the complex. In October 1992, the first events began, with a meeting for a variety of motorcycle classes. Facilities were fairly rudimentary, but the track was noted for its good surface and excellent organisation. The first event proved a success and further races were organised in the following years, along with sprint events for cars. Rallycross also proved a popular additional activity, forming part of the British Championship.

By 1997, It was clear that racing had a future on Anglesey and upgrades were carried out to the circuit to ensure it could be fully licensed for club car and motorcycle racing. A new complex was added where the slower chicane once stood, while the Menai Straight was diverted through a new sequence of corners. A small pit lane was also added, though there were no permanent garage facilities. The track soon became a mainstay for two- and four-wheeled club racers from across Wales and the North West and was a popular destination, despite its capacity to often be windswept and wet.

In 2006, the circuit embarked on a much-more ambitious upgrade, which saw a completely new course created featuring four possible layout variations. Only a small portion of the old circuit was retained (the original start/finish straight and 'Beth's Bend' were incorporated into the new design, though you would be hard-pressed to spot this as a spectator) but the new layout is fast and flowing and has proved just as popular. One of the straights is named in honour of (to date) Wales' only Grand Prix driver, the late Tom Pryce.

While no major championships have made the trip to Anglesey (possibly put off by its relative remoteness), the circuit nevertheless continues to thrive with a wide range of club motorcycle and car races, alongside numerous track days. The largest event is the annual 'Racing Rocks' weekend, which sees the BRSCC organise a varied schedule culminating in a VW Fun Cup 'Race into the Night', bolstered by performances from around 30 rock groups.

Planning a visit to Anglesey Circuit? Find the best deals near to the circuit on hotels, apartments and rooms to rent from the map below.

Anglesey Circuit is located near Rhosneigr on Anglesey in Wales. The nearest airport is Liverpool's John Lennon Airport, though Anglesey Airport, which is a short distance from the track, offers a weekday passenger service to Cardiff. The main port of Holyhead is also a short journey from the circuit, with regular ferry services to and from Ireland.

The track is straightforward to reach by road, with the island being connected to the mainland by the Brittania Bridge. From the North Wales mainland, take the A55 across the Britannia Bridge and continue West along the new dual carriageway for approximately 12 miles. Look for the Brown tourism sign for the circuit at Junction 5. Follow the A4080 signposted for Rhosneigr and Aberffraw. Continue past Rhosneigr towards Aberffraw. Just under 5 miles from leaving the dual carriageway (A55) you will see another brown tourism sign at a small crossroads – turn right and contiinue towards the circuit.

Visitors travelling from the Port of Holyhead should travel east along the A55 for approximately 7 miles then take the A4080 from Junction 5 as described above. 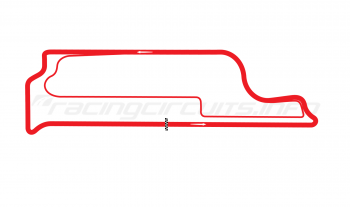 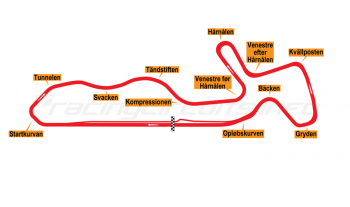 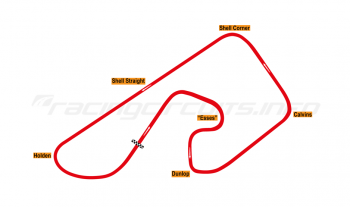