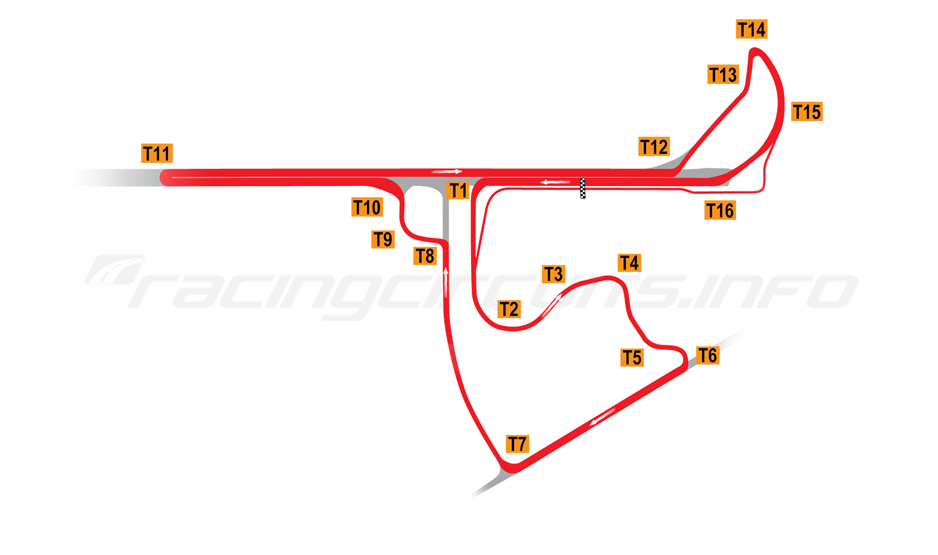 Skellefteå's motorsport facility, the Drive Center Arena, has been carved out of the runways and side roads of a former military airfield and is the longest track in Sweden.

It is one of the northernmost circuits in the world (Norway's Mo i Rana being slightly further towards the pole), and can take full advantage of the round-clock summer daylight hours.

The major event is the annual visit of the STCC and its support races, but a full programme of track days and driver training activities takes place around the year.

The region of Norrland and more particularly the city of Skellefteå has seen racing before, when a temporary course was laid out at the city's airport in the mid-1960s for the first Midnattssolsloppet (Midnight Sun) races. A young Ronnie Peterson was among those taking part and on one occasion some 15,000 people came out to watch - a crowd number no doubt boosted by the added presence of Roger Moore signing autographs. Whether he arrived in a Volvo P1800 is not recorded...

Perhaps it was this event which was the catalyst for the Drive Center's founder, Bengt Astergren.  He purchased the former Fällfors Air Base, a few kilometres north of Skellefteå city. Built as part of Sweden's Cold War defences in 1956, the airbase remained operational until 2006, after which it was sold to the municipal authorities. Its potential as outdoor pursuits and driving centre was spotted by  Astergren, who set up the Skellefteå Drive Center in 2008.

Making use of the airfield runways, hangars and other buildings, the complex was gradually transformed into a multi-use facility, providing a perfect place for test driving, vocational training, risk training and all other kinds of motoring events. Add in a combined restaurant and conference centre, on-site accommodation and a rifle range and the facility soon became a bustling hub of activity.

A 'real' circuit is born

Astergren had always got his sights set higher, however, and had dreams of building Norrland's first real racing track. Sadly, while the plans to make this a reality were announced in 2016, the man himself died early in 2017 and so never got to see the dream fulfilled. The project found itself in good hands, however, when local mining magnate and rallycross team boss Jan Marklund took over the reigns at Skellefteå Drive Center.

The course was built for a cost of around SEK 45 million, using a design by TTI GmbH, headed by former Formula 1 driver Alexander Wurz, who raced for Benetton, McLaren and Williams during his ten-year F1 career. Thanks to use of the runways and existing road network in large parts of the course, the new circuit has been delivered for a fraction of the cost of a ground-up bespoke design.

It nevertheless has some challenging curves and mild-elevation changes, despite its airfield origins, contrasting between the narrower original roads and the long wide straights which promote overtaking opportunities. Grandstands to seat 5,000 are available for spectators to enjoy the view, while 24 modern pit garages provide for the needs of the competing teams. A control tower on a hillside overlooks the whole complex.

The first major event at the new facility (by now renamed Drivecenter Arena) saw the revival of the Midnattssolsloppet, though not quite as originally planned. A 10-year deal with the STCC touring car series had been struck by Marklund, though the collapse of the country's premier series with massive debts brought major headaches for Skellefteå Drive Center. Fortunately, the successor TCR Scandinavia series honoured the commitment to 'head north' in June 2019, though the fragile state of the Swedish racing scene was exposed when only nine cars made the trip for the premier series, with others citing the cost of travelling so much further from the usual field of play as their reason for staying away.

Whether its northern location proves a hindrance or its unique selling point, only time will tell. Some 17,000 spectators turned out for that first event, so the foundations at least look promising. Despite the considerable challenges thrown at organisers by the coronavirus epidemic, the Midnattssolsloppet returned to the calendar in August 2020 for a second successful event and the circuit has remained on the STCC calendar in subsequent years as planned.

Whatever the future holds for major events, it seems likely that Skellefteå will retain its record as the longest course in Sweden; as Markland jokes, the extra expanse of runway tarmac gives plenty of scope for alteration: "This is the largest circuit in Sweden. If someone builds a bigger one I can just make this straight longer".

Planning a visit to Skellefteå? Find the best deals near to the circuit on hotels, apartments and rooms to rent from the map below.

Skellefteå Drive Center is located at Fällfors in Norrland, Sweden. The nearest airport is Skellefteå Airport, around an hour's drive to the south of the circuit and offering connections to Stockholm-Arlanda.

The circuit cis around 55 minutes drive to the north of Skellefteå, close to the small commune of Fällfors. It is a similar distance away from the city of Piteå, which is further to the north. 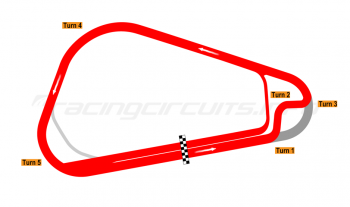 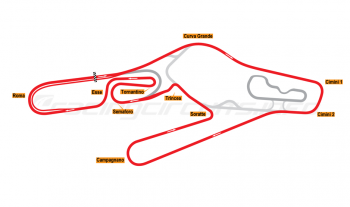 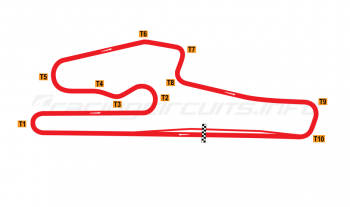