Sweden's Kinekulle Ring is an undulating blast round a natural bowl, which provides plenty thrills for drivers and good viewing opportunities for spectators.

In a fairly remote part of southern Sweden it has only once hosted any international racing but has carved out a successful life as venue for national and club racing, alongside a wide programme of driver training.

The site was originally a military base producing fuel for the navy ships during the Second World War. Shale oil extraction created several mine shafts, while the slag heaps formed the undulating contours on which the circuit would later be built. In the 1950s the underground galleries between the shafts were used for growing mushrooms.

Private investor Håkan Knutsson bought the site, initially extracting lime to sell to local farms. He had plans to build a fishing lake but, for reasons lost in the mists of time, decided instead to build a motor racing circuit. The new track opened in 1969 and quickly acquired a skid pan and slippery surface driving course – the first in Sweden – using water pumped from one of the mineshafts.

The track is relatively short and features a swooping section which passes under a bridge, runs around a loop and then passes back under the same bridge, creating a bottle-neck configuration. The average speeds are relatively high, though there with no significant straights, the circuit places a premium on handling and traction, rather than engine power.

In 1973 came the circuit's one and only international event, when it hosted a round of the European Formula 2 championship. That season saw the calendar divided into 'basic' and 'complementary' races, enabling Sweden to actually host three events, the Kinnekulle round being a complementary event, which necessarily had some impact on the size of the field. Nevertheless, Jochen Mass raced from pole position to victory in a Surtees, setting fastest lap along the way. The following year the calendar was organised on much more standard lines and the Kinnekulle round remained a one-off.

Since then, the track has settled into a successful life (under new ownership since 2011) as a venue for club and national racing, rallycross and as a year-round driver training facility.

Planning a visit to Kinnekulle Ring? Find the best deals near to the circuit on hotels, apartments and rooms to rent from the map below.

Kinnekulle Ring is located at Götene, near to Vanern lake; Lidköping and Mariestad are the biggest population centres nearby. Trollhättan-Vänersborg Airport is the closest to the circuit, just over an hour's drive away, offering connections to Stockholm. Gothenburg Airport is likely the best bet for international visitors, though is nearly two hours from the circuit.

By road, the circuit is roughly mid-way between Lidköping and Mariestad. From Lidköping, take Route 44 towards Mariestad. At the roundabout in Götene follow signs for Kinnekulle Ring.

From Stockholm or Gothenburg: Exit from E20 towards Uddevalla Road 44. Drive about 3 km, at the roundabout follow signs for Kinnekulle Ring. 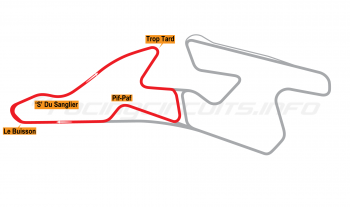 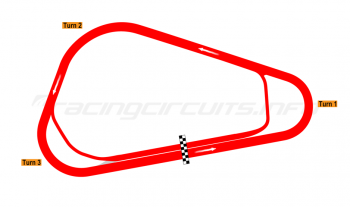 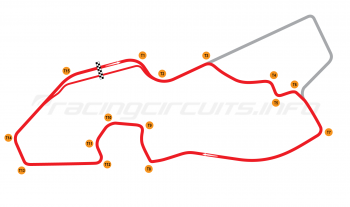