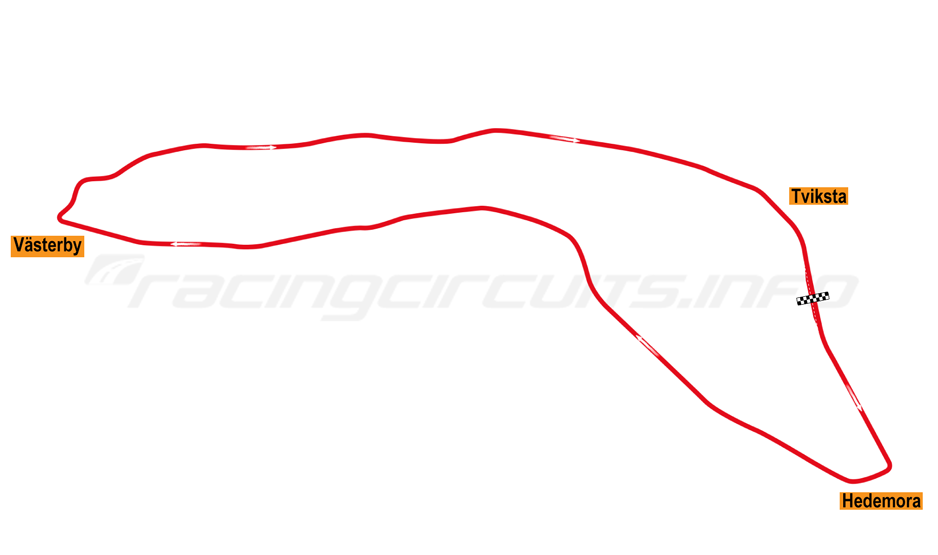 The original host of the Swedish Grand Prix (for motorcycles) Hedemora is still regarded by many as the country's pre-eminent road racing course, despite active competition having ceased there in 1999.

Located on rural roads to the north of the small Swedish community of Hedemora, around 175km north west of Stockholm, the circuit was fast and flowing, albeit lined with dangers.  While serious accidents marred its only World Championship motorbike race, local events continued until 1999, after which historic reunion events have been occasionally run over the course.

Hedemora was host to a popular TT race, which first began in 1933 and held one further meeting in 1934, taking over from the Onsala circuit in Gothenburg, before the TT switched to Avesta and then, post war, Saxtorp.

Racing resumed with the Hedemora TT in 1949 and by the early 1950s the circuit was also attracting the attention of racers on four wheels. A non-championship Formula One race was held in 1952, albeit largely with homespun machinery and won by Eric Lundgren in a Ford Special. Porsche races were among the highlights of the Hedemoraloppet in subsequent years.

However, it was on two-wheels that the circuit achieved its fame and from 1954 the TT was renamed the Swedish Grand Prix to meet new international regulations. In 1958 Hedemora achieved its high point when its Grand Prix was included within the World Championship for the first - and as its would turn out, only - time.

Winner of the 350cc and 500cc races at this meeting was the legendary Geoff Duke, whilst additional stars to grace Hedemora included 14 times TT winner Mike Hailwood, Gary Hocking and Bob Anderson.

In the 250cc race, Tarquinio Provini lead all the way until two laps from home, when a pitstop for gearbox trouble saw him drop to ninth. Instead victory went to Horst Fügner on an MZ, the first and only victory for the East German and just the second for a two-stroke bike in the class. Hailwood came in second on an NSU.

In the 125cc class, victory went to Alberto Gandossi on a Ducati, with Luigi Tavera runner up and Carlo Ubbiali in third.

Unfortunately, a series of serious accidents across the course of the event meant that it would prove the only Grand Prix held at Hedemora, which resumed its place as a venue for domestic racing from this point onwards.

Racing would continue until 1999, after which it has become a popular venue for a yearly classic motorcycle revival event.

The Hedemora circuit was located on the outskirts of the town of the same name in Dalarna County, Sweden.  The nearest airport is at Borlänge for domestic flights, around 37km away, while Stockholm and its three international airports are between one and two hours’ drive away.

The circuit itself can be found at the edge of Hedemora Folkets Park and heads up Sätervägen towards Västerby, before turning back past the school towards Tviksta and back to the start.  White TT-banen road signs point out the direction of the course, while a memorial stone is located at the junction of Sätervägen with Österbyvägen. 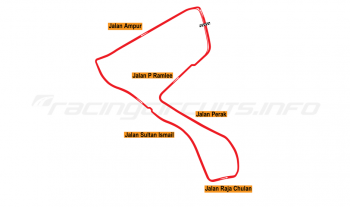 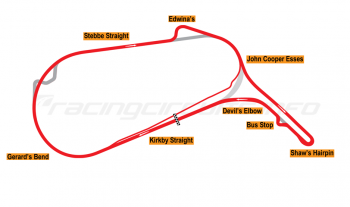 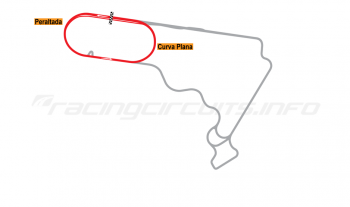