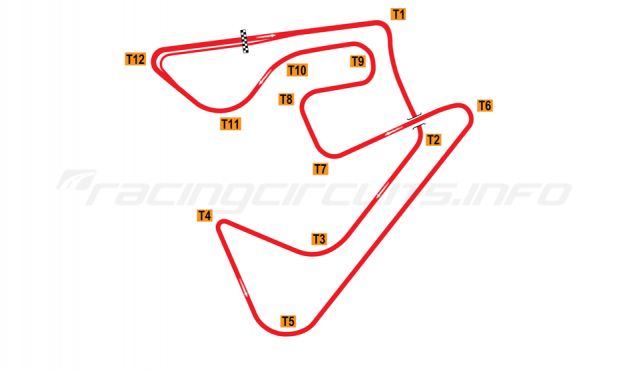 Parcmotor Castellolí could easily be mistaken for the sort of Gran Turismo track that seems too far fetched to be true. It has challenging corners, elevation changes and even a cross-over, all in a setting that wouldn't be massively out of place in a Bond film. And yet this little-known circuit (at least outside of Spain) nestles just an hour away from Barcelona.

The 100 hectares complex includes the main circuit, a separate kart track, motorcross and Supermoto facilities along with a racing school. It was built in stages by the Catalan Motorcycling Federation with support from the Government of Catalonia and the General Secretariat for Sport, with an initial €18 million budget . First to open in 2002 was the motocross circuit, which hosted a round of the Championship of Catalonia and the Spanish Championship.

In 2004 construction began on the main racetrack, which was completed in early 2009 for its inauguration in March. Designed primarily as a motorcycle track - with input from Spanish stars Alex Crivillé , Carlos Checa and Toni Elias - the track is nevertheless very satisfying to drive for four-wheeled racers. The changes in elevation and several blind corners mean that it is a real challenge to gain the ultimate lap time.

The track has been sanctioned by both the FIA and FIM, although the current 14-garage pit lane currently limits the capacity to host top level racing, although it is a regular host of Catalonian regional motorcycle races. The Supermoto and motorcross tracks are also well used and in 2008 the facility also hosted a round of the World Outdoor Trials Championship.

The main use of the circuit is for track days, manufacturer events - it is unsurprisingly popular with the major car and motorcycle brands - and driver training. The Fast Parcmotor driving school offers training in driving all types of vehicles and has its own separate test road as well as the main circuit on which to offer tuition. Should you get bored of the track action (shame on you!) there's also a paintball facility on the grounds.

Parcmotor Castellolí is located in the municipality of Castellolí, near to Barcelona, Spain. The nearest international airport is Barcelona's El Prat, around 40 minutes' drive from the circuit.

To reach the track by road from Barcelona, head northwest out of the city on the A2 motorway for around 60 kms. Take exit 559, which is signposted for circuit/circuito (and also, rather confusingly, Barcelona) and follow the signs to the circuit entrance.

Find the best hotel and room deals near to Parcmotor Castellolí: