Motorland Aragón was planned as a grand facility to replace the defunct Alcañiz street circuit, restoring the proud motorsport heritage of the region and providing a centre of excellence for the motor industry.

Designed to incorporate three main zones (a technology park, a sports area and a leisure and culture area), the facility is one of the largest in Spain, covering an area larger than the town of Alcañiz itself!

Today the circuit hosts MotoGP and World Superbikes as its headline events on two wheels, while the FIA World Touring Car Cup remains the most significant international four wheel event at the circuit.

Motorland Aragón owes its origins to the thrill-a-minute street circuit which ran through nearby Alcañiz from 1965-2003.  When safety concerns forced the end of racing on the streets, planning began in earnest for a permanent circuit to replace it.

The result was  the construction of a sporting complex dedicated to motorsport a few miles north west of the town. The facility has been designed to incorporate three main zones; a technology park, a sports area and a leisure and culture area. The technology park aims to encourage research and educational institutes based around the motor industry, while the sports area incorporates the main circuit, a separated karting track and various gravel circuits.  The leisure and culture section will feature a hotel, business centre and shopping facilities, designed by well-known British architects Foster + Partners.

Groundwork work began on the complex in December 2005.  A year later, finalised plans for the main circuit - designed by Hermann Tilke, with former Formula One driver Pedro de la Rosa acting as a technical consultant - were presented to the public.  Construction of the track was completed in July 2009

The circuit is one of Tilke's more successful designs, featuring a mixture of long sweeping corners and slower, tighter curves and noticeable elevation changes.  The track rises from the start finish straight some 50 metres to its high point, before descending through a 7.2% drop at Turns 8 and 9, a corner complex which probably comes as close to reproducing the excitement of Laguna Seca's fabled Corkscrew as modern circuit design standards allow.  The long back straight (more than 1km) also provides a high speed challenge and, for the car-racing version, a significant overtaking spot thanks to the tight hairpin at its conclusion.

In total there are five major variants - full course Grand Prix layouts for car and bikes, plus shorter national variants which turn left through a 90-degree corner after Turn 2, before a series of further turns leads onto the back straight and a further diversion through an elongated chicane.  A west circuit, utilising its own pit and paddock between Turns 3 and 4, is also available for club racing and racing schools and can run concurrently with the national circuits.

The Grand Prix circuits are licensed by the FIA to Grade 1 (allowing Formula One racing and testing) and to the highest standard by the FIM for motorcycle racing.

The first major events for the venue came in 2009, when the Renault World Series made its debut, complete with its popular free entry for fans format.  It established itself as a successful season opener to the series right through to its demise in 2017.  The FIA World Touring Car Cup was added to the schedules in 2020, with a double header event rounding off the coronavirus-affected season.  The track also hosted the second ever round of the Pure ETCR Championship for electric touring cars in 2021.

Top class bike racing was a little slower to establish itself, though both MotoGP and World Superbike were quick to embrace it as a test venue.  Included as a reserve event on the 2010 MotoGP Calendar, Aragón was called into action when the Balatonring failed to meet its deadline.  Awarded the FIM award for best GP in its very first year, the Aragón GP was quickly secured as a permanent spot on the calendar.  World Superbikes raced at the venue from 2011 onwards as part of an initial three-year deal which has been extended in subsequent years.

The circuit has also been used as part of a stage of the Vuelta a España cycle race in 2012, with the riders completing an almost complete lap before ending the stage on the start-finish straight.

Planning a visit to Motorland Aragón? Find the best deals near to the circuit on hotels, apartments and rooms to rent from the map below.

Motorland Aragón is located in the Teruel province in Aragón, roughly midway between Madrid and Barcelona,    It can be found alongside the N-232,  a few miles north west of Alcañiz.  The nearest internaltional airport is at Zaragoza, 74 miles away (120km). 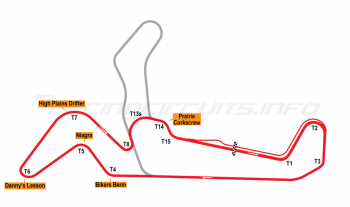 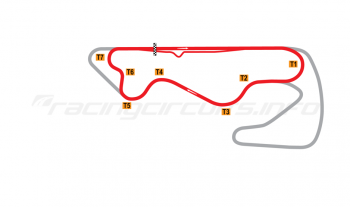 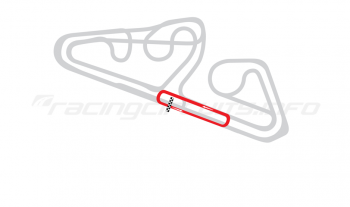