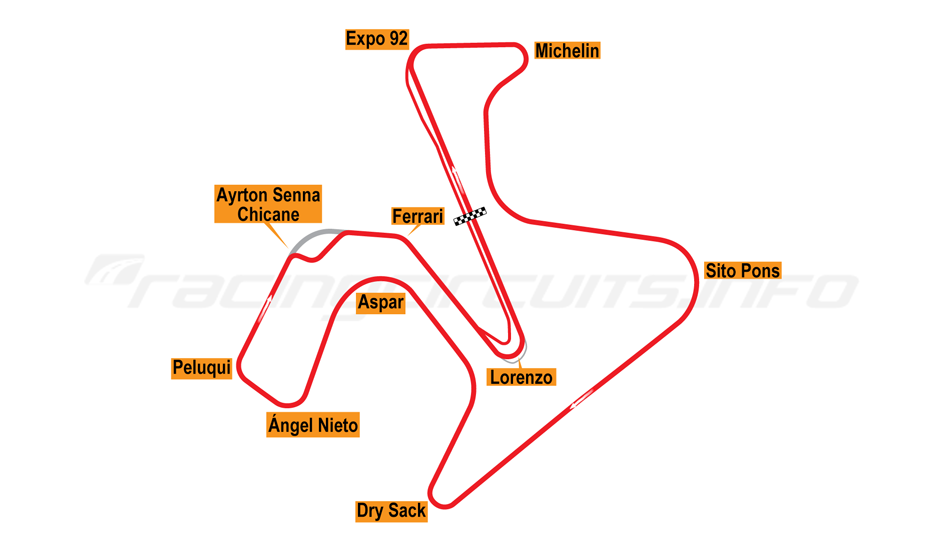 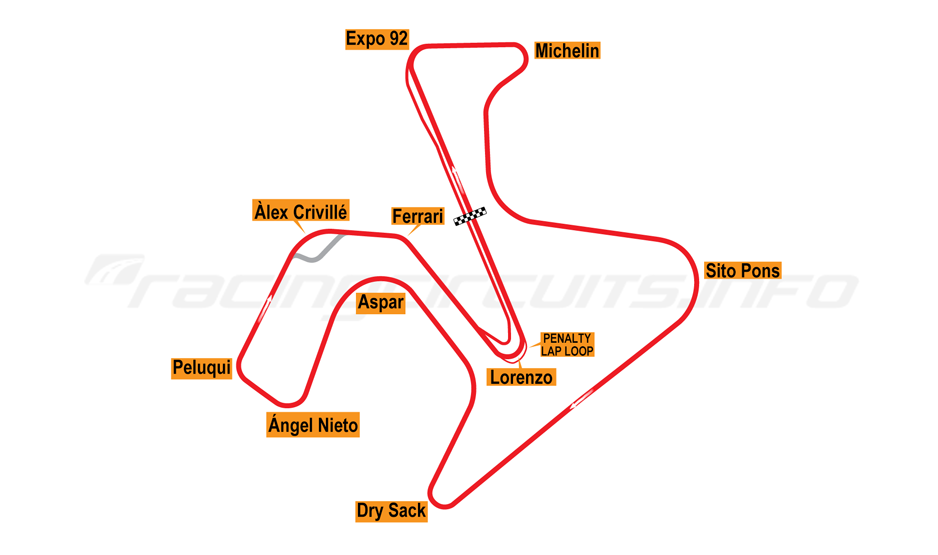 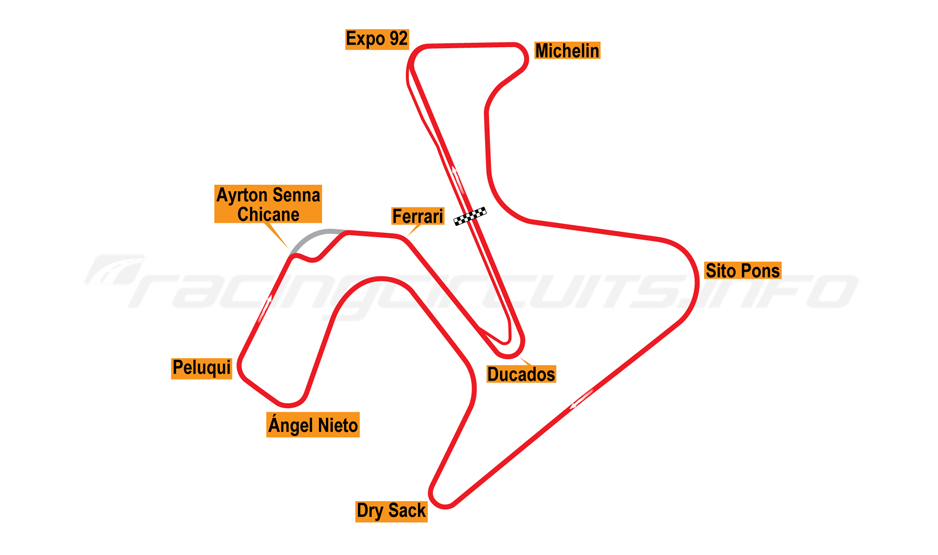 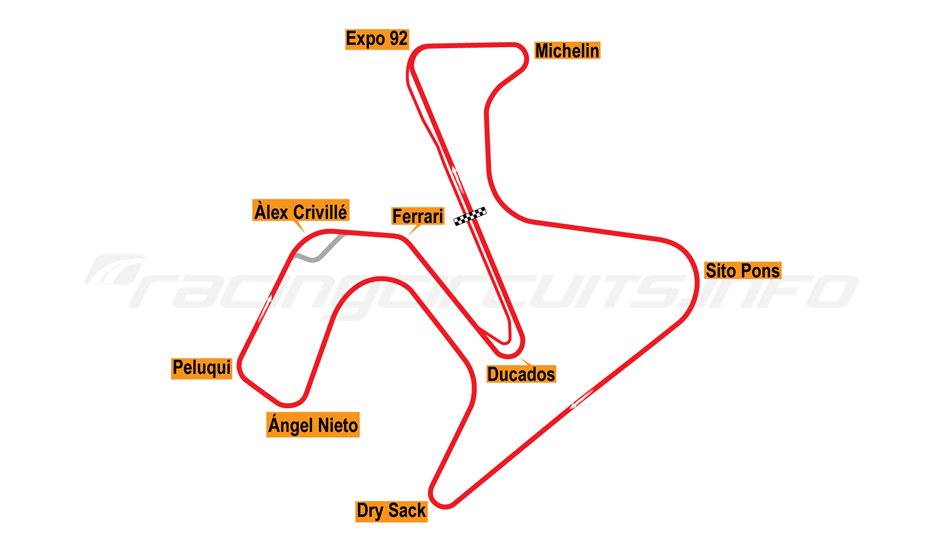 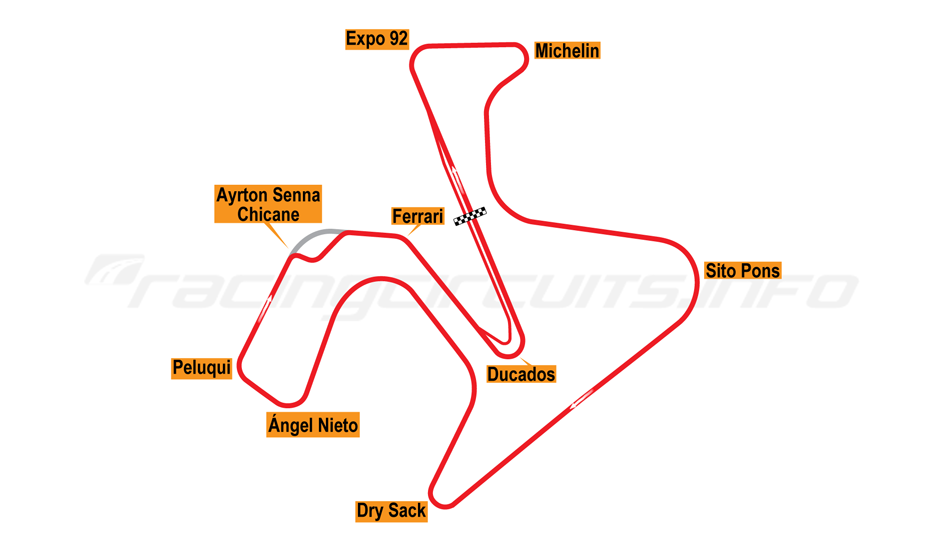 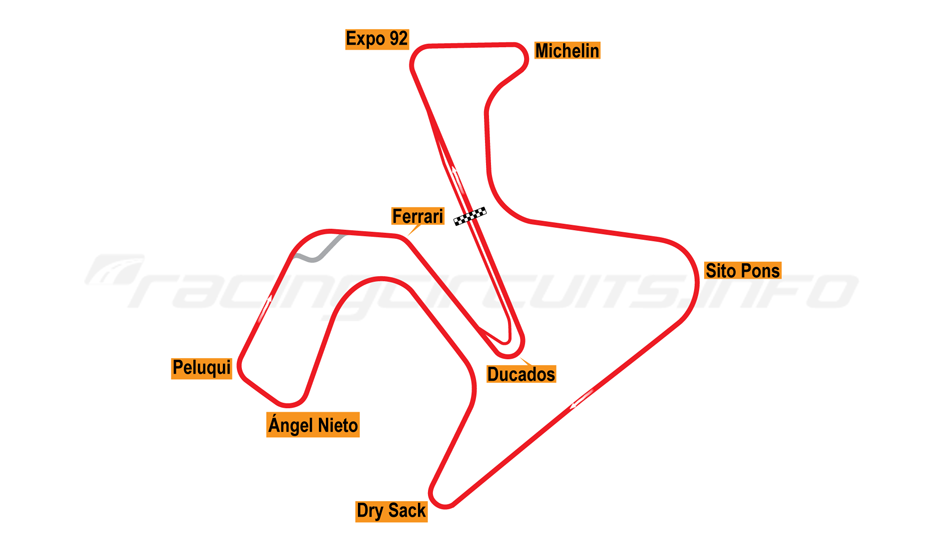 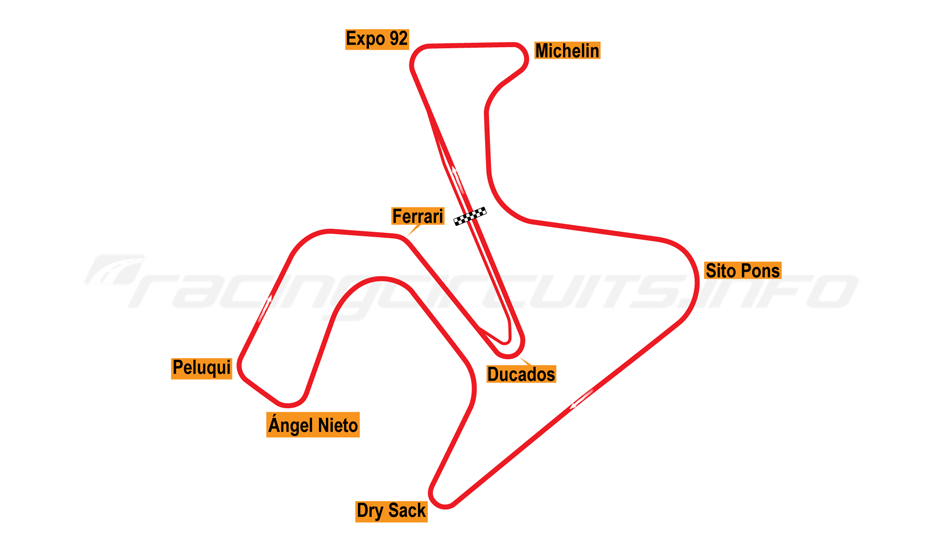 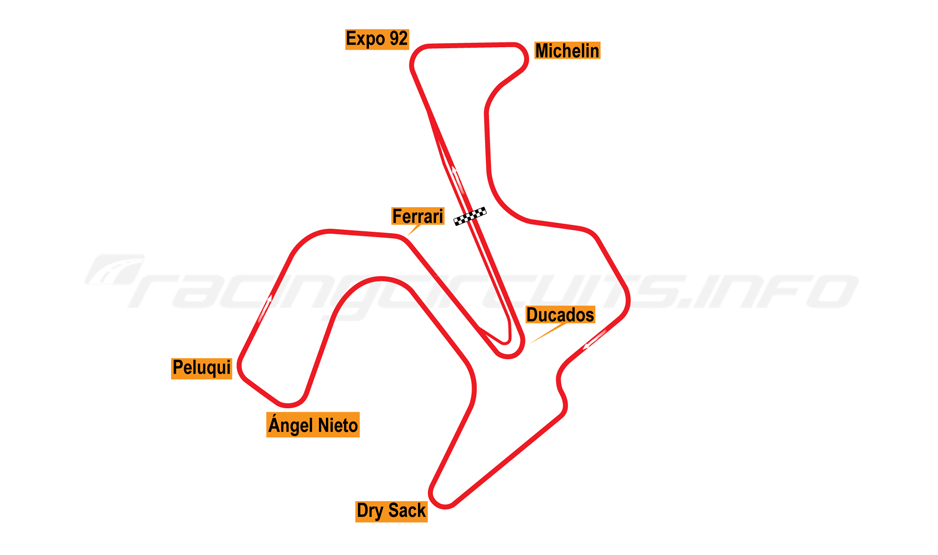 If ever there was proof needed that Spain loves motorbike racing but is lukewarm to four-wheeled competition, the Jerez circuit must surely be it. When it burst onto the scene as the host of the Spanish Formula One Grand Prix, the circuit could only attract small crowds, yet it has become the must-attend race on the MotoGP schedule, with capacity crowds of up to 200,000 turning out year-on-year.

Now named in honour of Spanish legend Ángel Nieto, the circuit is part-owned by the City of Jerez and the Andalusian regional government.

Today, the racing calendar includes rounds of the MotoGP and World Superbike Championship on two wheels, while Jerez remains a popular winter test venue thanks to its temperate climate.

The city of Jerez in the south-west of Spain has long had a connection with two-wheel racing. At the beginning of the 1960's, Jerez was organising the 'Trofeo de la Merced', a series of street races which attracted the top motorbike riders of the time. Spanish riders like Angel Nieto, Ricardo Tormo, Sito Pons, Benjamin Grau, Víctor Palomo mixed with international visitors like Marco Luchinelli, Barry Sheene, Jan de Vries and Borje Jansson.

A variety of locations were tried over the years – the first course was along the beach at Valdelagrana in the mid-1950s, before a switch to a circuit along the new Avenida de America. In 1963, the venue switched again to Constancia, where local hero Antonio "Peluqui" Sánchez was killed in a tragic accident. After several years, a new course was tried at San Benito, but this proved short-lived due to noise complaints. More circuits were tried – at El Portal and Mercajerez, before racing finally ceased after the 1981 season.

The loss of the street circuits only served to fuel the desire for a permanent circuit and by the mid-'80s, the mayor of Jerez,  Pedro Pacheco Herrera, had signed off on plans for a modern autodrome. Constructed during 1985, project was led by the Spanish engineer Manuel Medina Lara, based on a preliminary idea from Alessandro Rocci.

In December 1985, the circuit hosted its first race, a round of the Spanish Touring Car Championships. Only basic facilities were complete at this stage and the event was marred by rain, but it was otherwise judged a success. Just four months later, in April 1986, Jerez was completely finished and celebrated its first Spanish Formula One Grand Prix. It was to prove a memorable event, with Ayrton Senna holding off Nigel Mansell by only 14 thousandths of a second difference in what was then the closest ever finish in F1.

One year later, in 1987, the first Spanish Motorbike Grand Prix was held and the crowds told their own story. They have been coming each year since, to see a succession of Spanish stars achieve success. Jorge 'Aspar' Martínez, Àlex Crivillé, Sito Pons, Alberto Puig, Fonsi Nieto, Sete Gibernau, Jorge Lorenzo and Álvaro Bautista have all thrilled the partisan local crowds with victory.

Formula One continued on to the end of the decade, with Jerez witnessing one of the most sickening accidents in its history in 1990, when Martin Donnelly crashed at the fast sweeper during practice. His Lotus totally disintegrated, leaving the hapless Donnelly in the centre of the road, still strapped to his racing seat and with ferocious leg injuries. Allied to the dwindling crowds, it was no surprise when this proved the final straw for F1 and the Spanish GP switched to the then-new Barcelona circuit the following year.

In 1992, the circuit made its first significant changes, when the old chicane was removed, creating a parabolic corner that links with a new, longer, back straight. At 600 metres, this is now the same length as the start/finish street. Jerez also became the first circuit to install air-fences in place of the traditional straw bales for motorcycle races.

Two years later came further changes. The surprise inclusion of Jerez as the venue for the European F1 Grand Prix prompted the addition of a chicane at the corner where Donnelley had crashed. This was named in honour of Ayrton Senna, while the original corner continued in use for motor cycling.

In 1997, Jerez hosted its final F1 race, featuring the decisive clash between Jacques Villeneuve and Michael Schumacher, which saw the German end his race in the gravel at Curva Dry Sack, while the Canadian motored on to the World Championship. There was controversy on the podium, when the local mayor interrupted the trophy presentations, which led to Jerez once more being dropped from the schedule.  Testing continued each winter, including official tests up to and including 2015.  The circuit is no longer homologated for Formula One testing, however.

In 2002, the pit and paddock facilities underwent substantial changes. New pit garages, medical and media facilities were complimented by a new VIP viewing area which extended out across the circuit in a design which can only really be described as UFO-like... It has become the characteristic showpiece of the circuit and has even hosted weddings, with the first civil ceremony being held in 2014 at the finish line, just below the UFO.

The control tower is also an icon of the circuit.  At 30 metres high it towers over the infield area and is crowned with the be-hatted mascot of Tío Pepe, the local Sherry wine brand.  It was remodelled in 2018 following a competition launched in 2016 on its 30th anniversary.

Further small changes have continued year-on-year to run off areas around the course, while a new pit lane exit was installed in 2004 and the entire circuit resurfaced in 2005.

While Ángel Nieto has always had a corner named in his honour (and following his death, the whole circuit), over the years other parts of the course have been dedicated to racing legends.  Alongside the aforementioned Senna chicane, the original right hand corner took the name of the first Spanish 500cc World Champion, Àlex Crivillé, while the 1992 extension featured the curving Sito Pons corner.

Planning a visit to Jerez? Find the best deals near to the circuit on hotels, apartments and rooms to rent from the map below.

The Circuito de Jerez-Ángel Nieto is located close to the city of Jerez de la Frontera in the province of Cádiz, Spain.  The nearest international airport is Jerez Airport, offering some international flights and domestic connections to Madrid, Barcelona or Palma de Mallorca. The airport is a short 15-minute drive from the circuit.

Arriving by car is straightforward, with the circuit located alongside the A-382 Jerez-Arcos motorway.  Take Exit 3 and follow signs to the circuit.  Parking is free and available on a first-come, first-served basis at most races.

Public transport options are also good; the train station at Jerez has daily connections with the rest of Andalusia, Madrid and a large number of Spanish cities.  From the station. the circuit is a six mile taxi ride away. 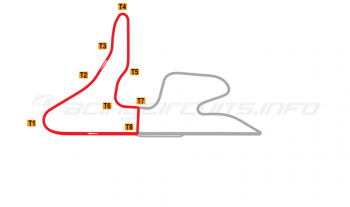 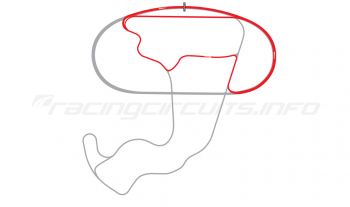 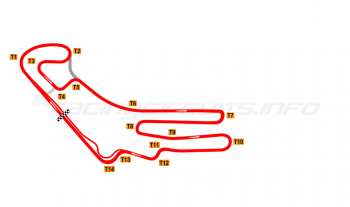