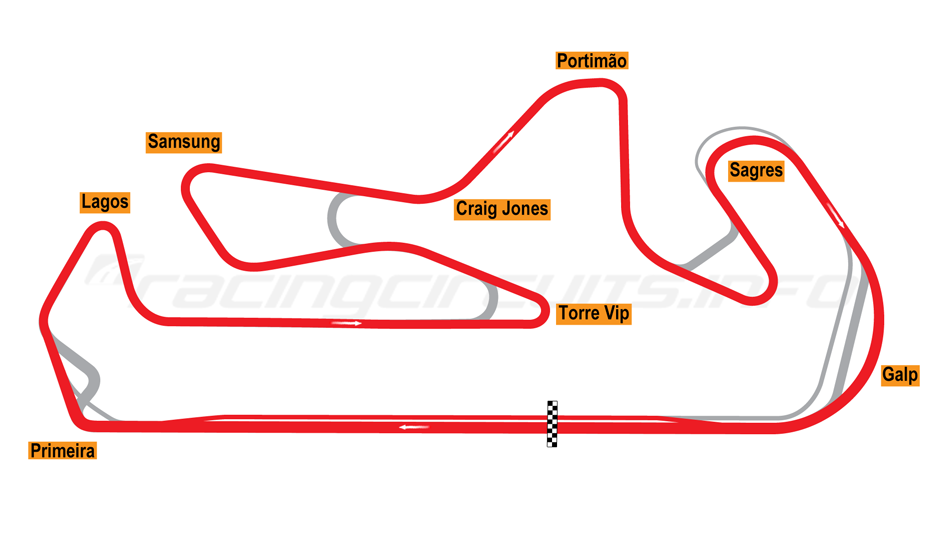 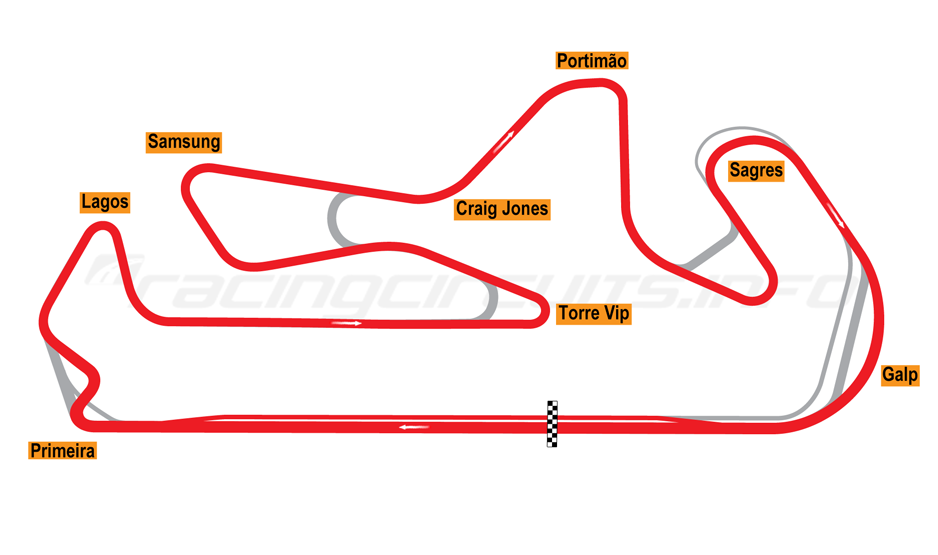 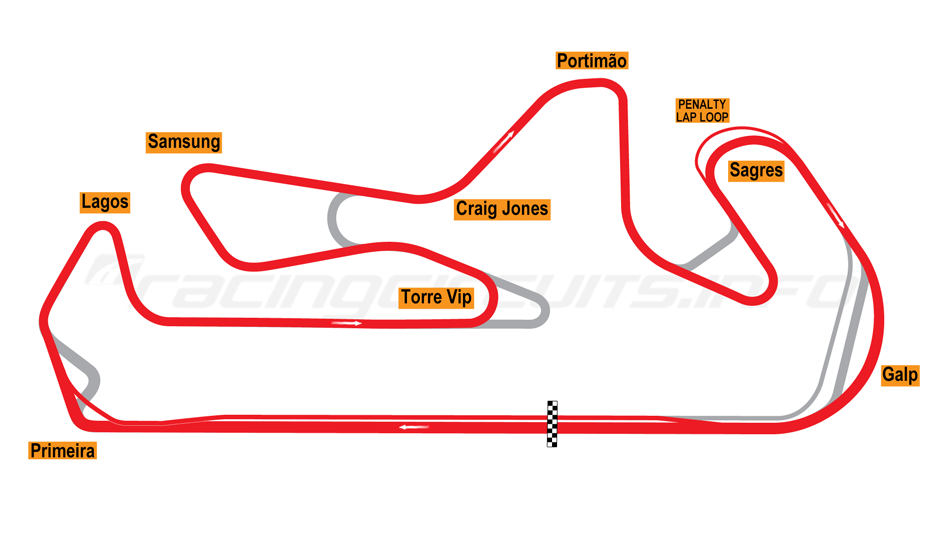 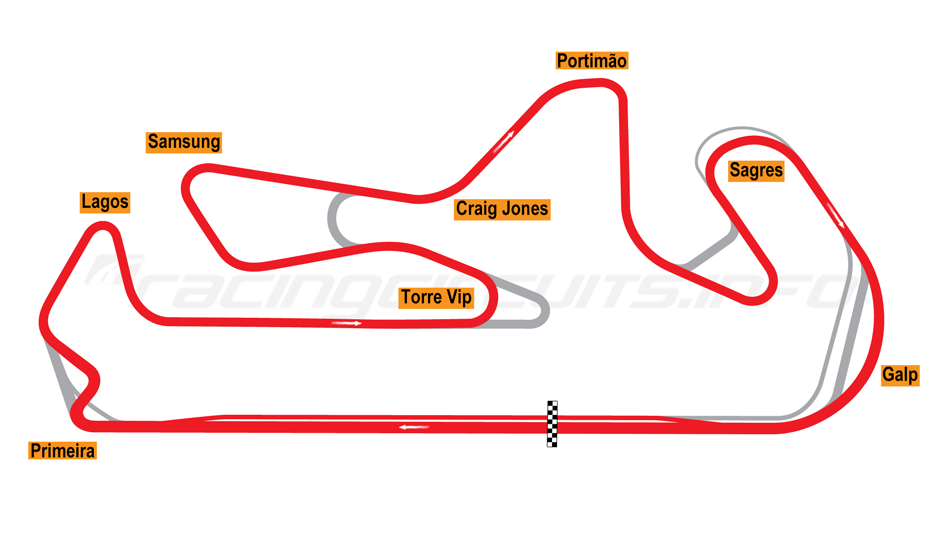 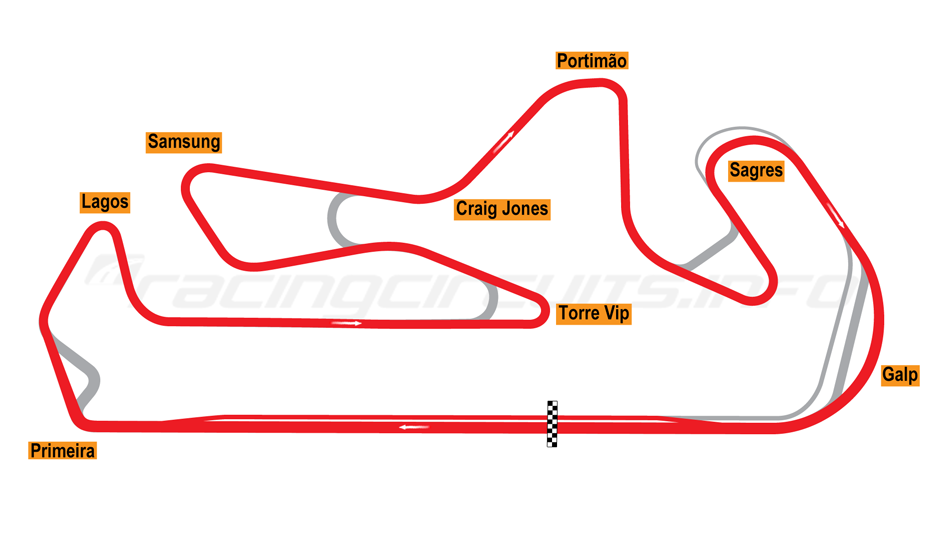 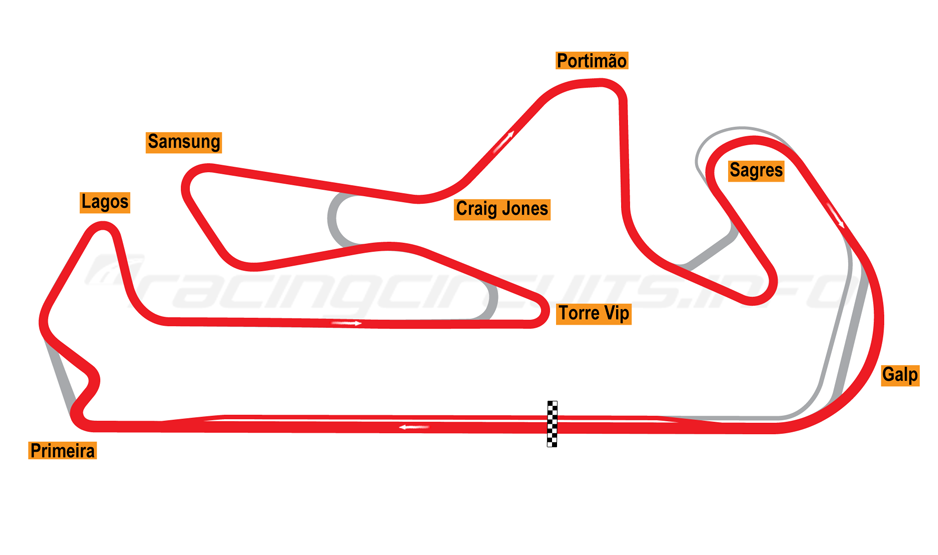 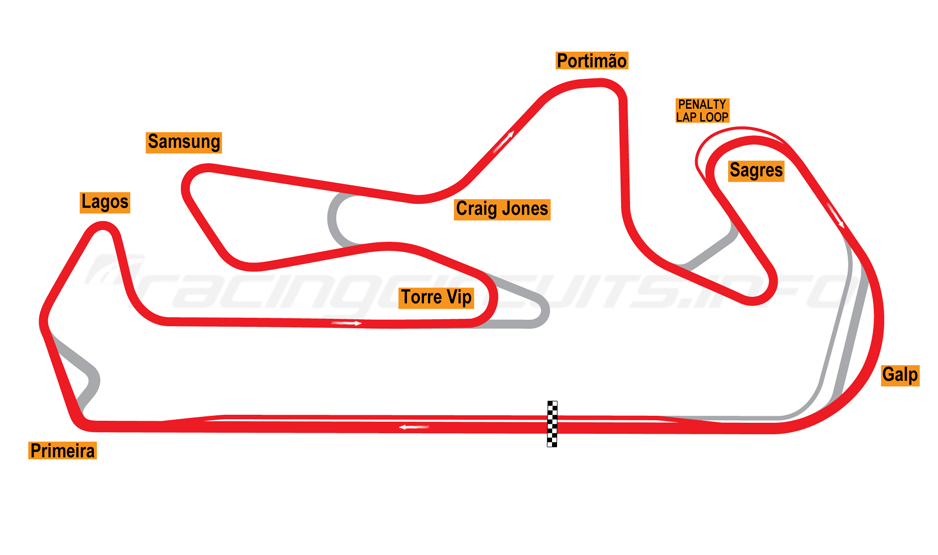 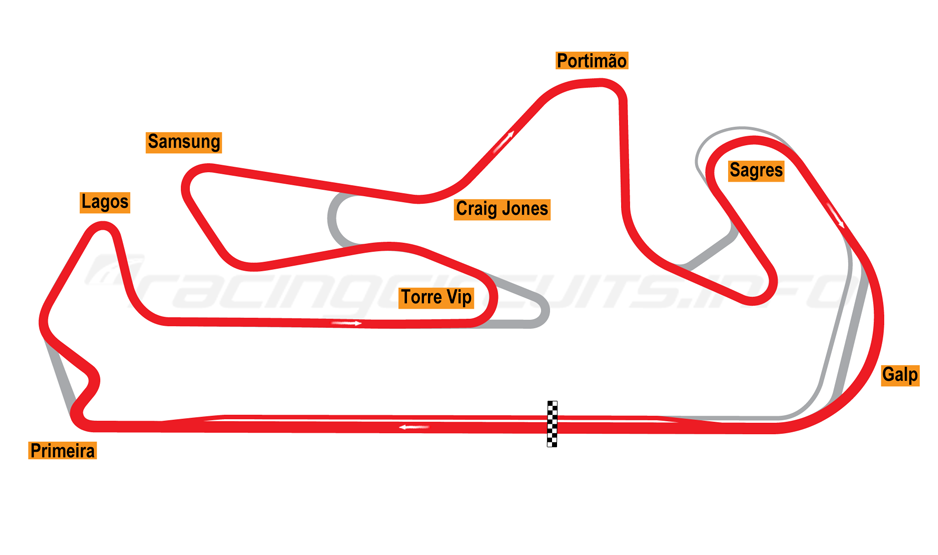 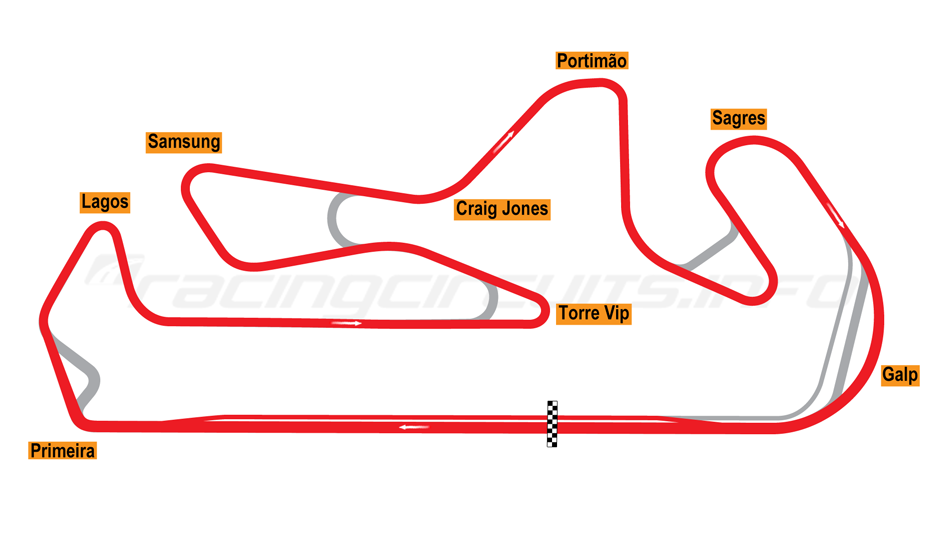 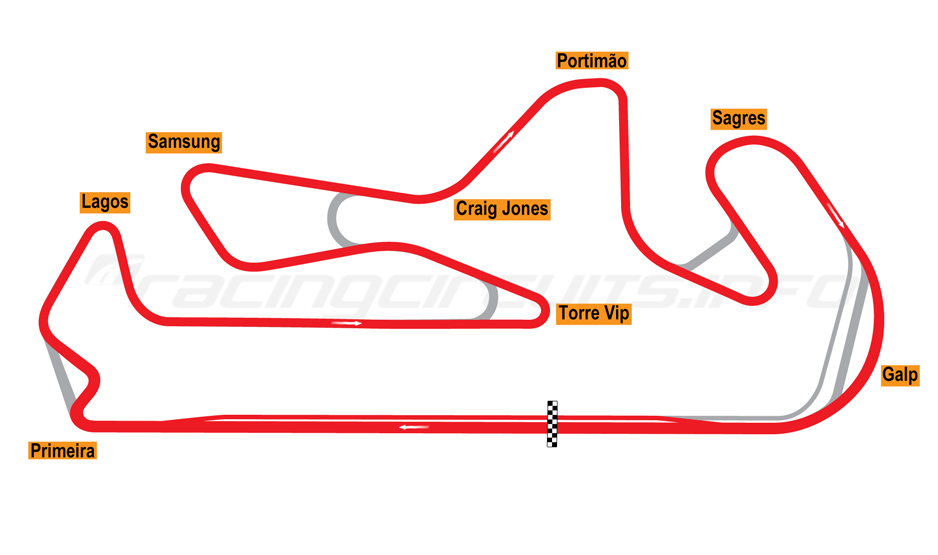 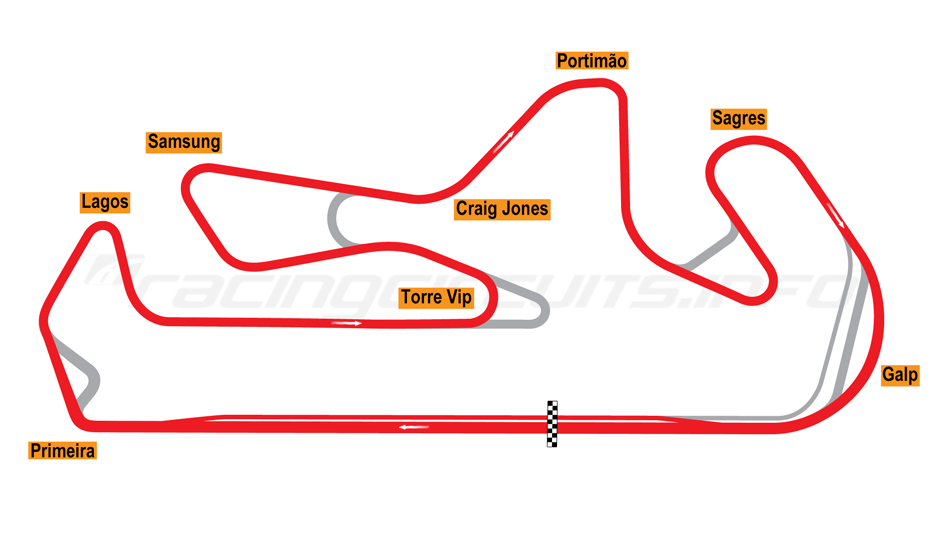 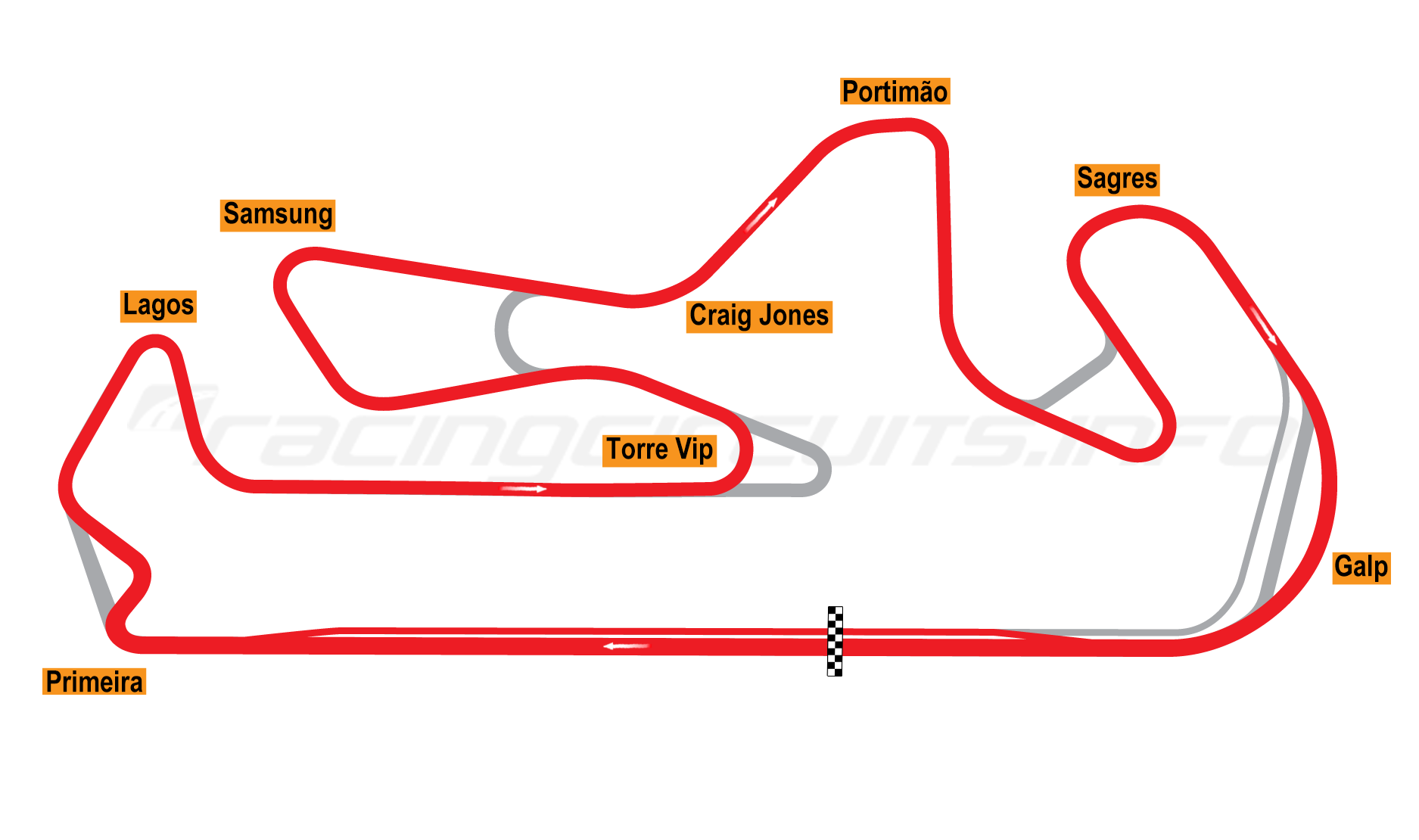 The Autódromo Internacional do Algarve, located near the town of Portimão, opened to great fanfare in 2008, with high hopes of attracting a Formula One Grand Prix. Financial difficulties for the original owners put that lofty ambition on pause, until the Coronavirus pandemic offered an unexpected opportunity to host Grands Prix for not only Formula One but also MotoGP in 2020 and 2021.

In the interim the circuit became a widely-used facility (often simply referred to as either the Algarve Circuit or Portimão Circuit) and is among the top motorsport venues in Portugal.

Plans for the circuit were first announced in 2002, but problems in raising the required finances put the project on hold for a number of years. Three years later and the proposals received a new fillip, when the Portuguese Ministry of the Economy and the Ministry of the Environment issued a joint statement supporting the plans to give the region an economic boost by creating new jobs and attracting more tourists.

Despite opposition from various political parties, the Portimão Municipal Assembly allocated two plots of land totaling 800 acres for the new circuit and associated business park and agreed to concessions to help the private company Parkalgar establish the facility, including a 10-year tax break and a low annual rent for the land.

The final circuit plans were first presented in February 2008, at a lavish ceremony presided over by the Portuguese Ministers for Economy and Innovation, Youth and Sport alongside the Mayor of Portimão and the circuit project director, Paulo Pinheiro. The layout penned by architects Ricardo Pina featured a modern mixed-speed layout conforming to the highest FIM and FIA standards. Unusually, it included considerable elevations changes – far more than seen at most other modern venues – creating something of a dramatic roller-coaster effect.

Integral to the plans were an additional karting track, technology park, five-star hotel, sports complex and apartments. The new complex covers 300 hectares of land, with a capacity for up to 100,000 spectators including a VIP tower with 15,000 seats.

Impressively, the circuit and its ancillary buildings were completed in just seven months at a total cost of €195 million. Two days after its opening, the new Portimão circuit received certification by the FIM, allowing its first major event to take place in the autumn, a round of the World Superbike Championships. The event would feature a 'home' team, the Parkalgar Honda World Supersport team having been established in a bid to help promote the new venue. Sadly, team rider Craig Jones was killed in an accident at Brands Hatch three months before the Algarve round; the circuit would unveil a statue in his honour the following year, while one of the corners was named after the Cheshire rider.

Winter Formula One testing was next on the new venue's agenda, the FIA having granted a Grade 1-T license after its own thorough inspections. The McLaren and Honda teams duly arrived in December 2008, with Spanish test driver Pedro de la Rosa setting the lap record for McLaren at 1m28.719s. Toyota followed along in early 2009.

The first full season calendar included rounds of the A1GP championship, the Le Mans Series, FIA GT as well as a continuation of the World Superbikes, while WTCC and GP2 followed in 2010. Drivers and riders alike were much enthused by the layout, which promoted good racing.

But while the circuit's sporting calendar began to establish itself, behind the scenes the finances were beginning to unravel. Substantial debts began to build up, with two of the major creditors being the BCP bank and construction company Bemposta. The Formula One group was another to lose out, being owed around $4 million for the 2010 GP2 race.

The problems meant the planned technology park was halted, while the hotel building and apartment blocks were left only partially completed. Three creditors, Siemens, Ensul Meci and SPIE – who were responsible for the electrical infrastructures at the racetrack and adjacent land – petitioned for insolvency during this period and while the Parkalgar management soldiered on putting forward a variety of restructuring deals, the writing appeared to be on the wall.

Then in September 2013, the State-owned Portugal Capital Ventures acquired control of Parkalgar. This effectively meant that Portuguese taxpayers now owned both of the country's main racing circuits, Estoril having similarly been bailed out of financial difficulties in 1998.

State comes to the rescue

Thankfully, the circuit was then given the green light to complete all of the works, with the site now boasting an impressive 75-room 'Race Resort' hotel, complete with indoor swimming pool, jacuzzi, sauna, Scottish shower and Turkish bath. Elsewhere, The Five is a sophisticated restaurant, located over the racing track, while office space is also provided for startup businesses. Finally, the resort also boasts modern and spacious apartments with mountain views.

Under the new ownership, there have been signs of promise, with a revitalised 2014 calendar including the World Superbikes once more, bolstered by GT Open and the Blancpain Sprint Series, alongside the new Maxi Endurance 32 hour race, the longest continuous endurance race in the world. The circuit also stepped up its efforts to secure top class motorsport, upping its FIA Grading to full Grade 1 status and beginning negotiations with Dorna for a round of the Motorcycle World Championship.

In 2017, those ambitions were partially met, when Dorna agreed to make Portimão its 'reserve' venue should problems arise with any others on the schedule. In the event, nothing came of this until the 2020 Coronavirus pandemic, when circuit bosses made clear their willingness to run events behind closed doors, even going as far as having a full practice run through of the protocols.

Then in July 2020 it was announced that the circuit would host the Formula One Portuguese Grand Prix from 23 to 25 October 2020, as one of three European races added to the calendar to replace round in the USA, Canada and Mexico. MotoGP followed suit, announcing  in August 2020 that Portimão would be its season closer, after events in Thailand, Malaysia, and Argentina were cancelled.

Ahead of both races, the circuit was entirely resurfaced to remove some noticeable bumps which had developed in recent years. The work took place at the end of August, with F1 race director Michael Masi visiting the Algarve circuit in mid-September for inspection and final sign off of the work.

The Formula One event had been expected to use the variation with the Turn 1 chicane, as previously used during the GP2 races in 2009. However, only the faster non-chicane was resurfaced and so it is this variation that the F1 cars will negotiate.

The new surface proved to be lower in grip than had been calculated for the tyres Pirelli has allocated, which led to numerous spins and spills during practice and qualifying, with the drivers having to work hard to get the perfect lap. There was near universal praise for the circuit and its layout however. Grip was even more at a premium in the race, which saw rain falling in the early laps and multiple changes of position before Lewis Hamilton came through to take a record-breaking 92nd win.

The Portuguese Motorcycle Grand Prix was no less thrilling, with home hero Miguel Olivera taking pole position and racing to victory for the Tech-3 KTM squad. MotoGP used a similar circuit, albeit with the motorcycle variation of the Torre VIP circuit and the penalty lap loop was added at the Sagres corner.

The races made a positive impression on the MotoGP organisers too, who included Portimão as first reserve event for 2021. When Brno dropped off the schedule, the Algarve venue was neatly slotted in as its replacement. One small change to the track which followed this announcement was an extension of the pit lane exit for the motorcycle racers - it now re-enters the circuit on the exit of Turn One.

In concert with MotoGP, Formula 1 kept Portimão in reserve for 2021 and duly slotted it into the schedule as round three, giving the circuit another dose of top level four-wheeled action.

The latest images from Autódromo Internacional do Algarve.

Planning a visit to Autódromo Internacional do Algarve? Find the best deals near to the circuit on hotels, apartments and rooms to rent from the map below.

The Autódromo Internacional do Algarve is in southern Portugal, near Portimão.  The nearest international airport is at Faro, around 50 miles or 55 minutes further east along the coast.

The circuit is just a 10-minute drive from the cities of Portimão and Lagos.  From either direction, take the A22 motorway and exit at Mexilhoeira Grande and follow the signs to the circuit.

Buy tickets for 2023 races at Autódromo Internacional do Algarve: 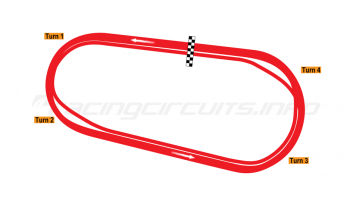 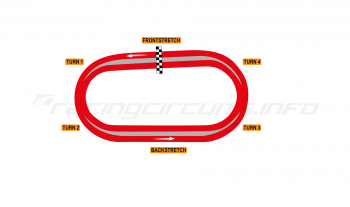 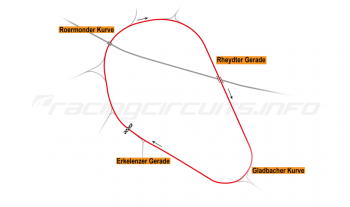