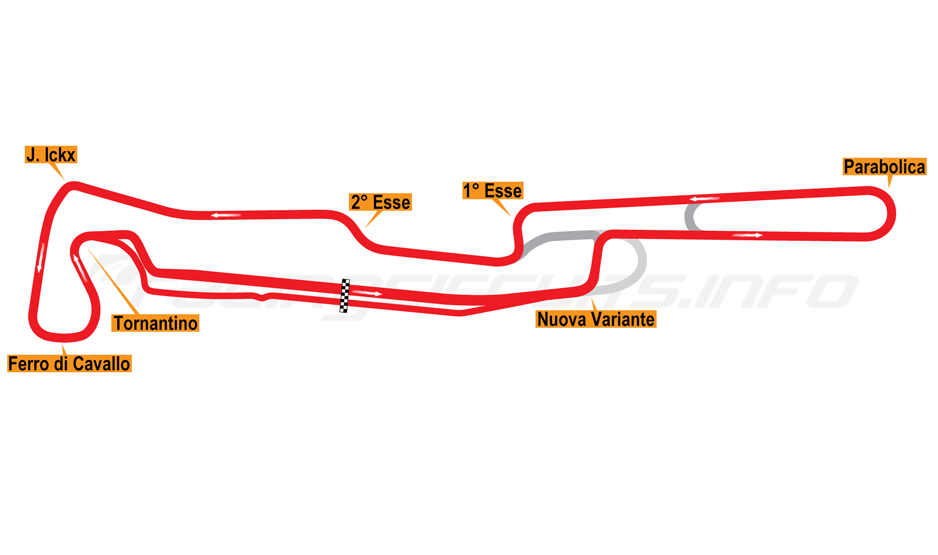 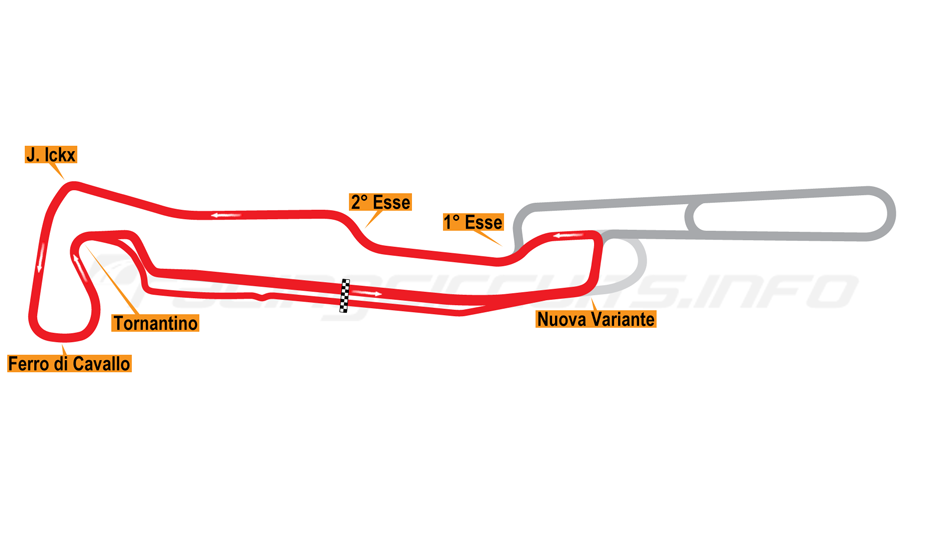 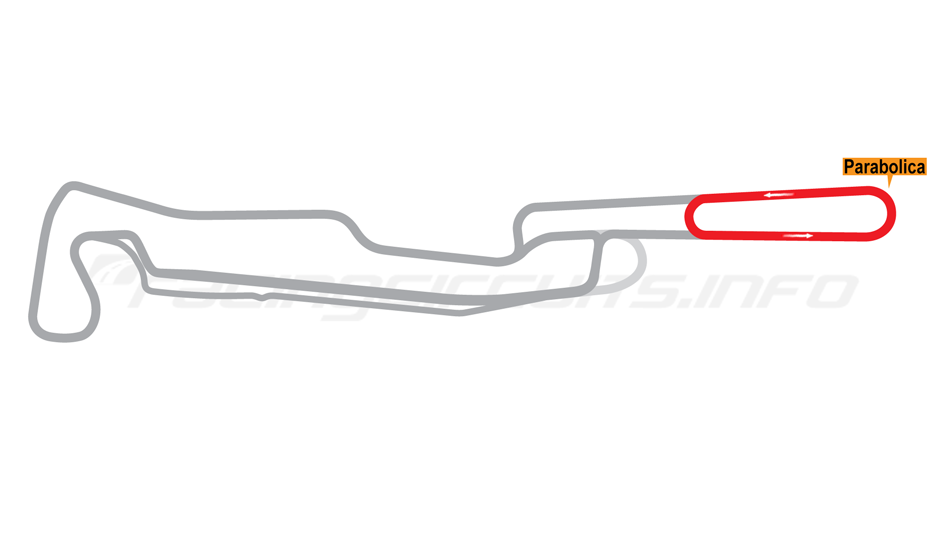 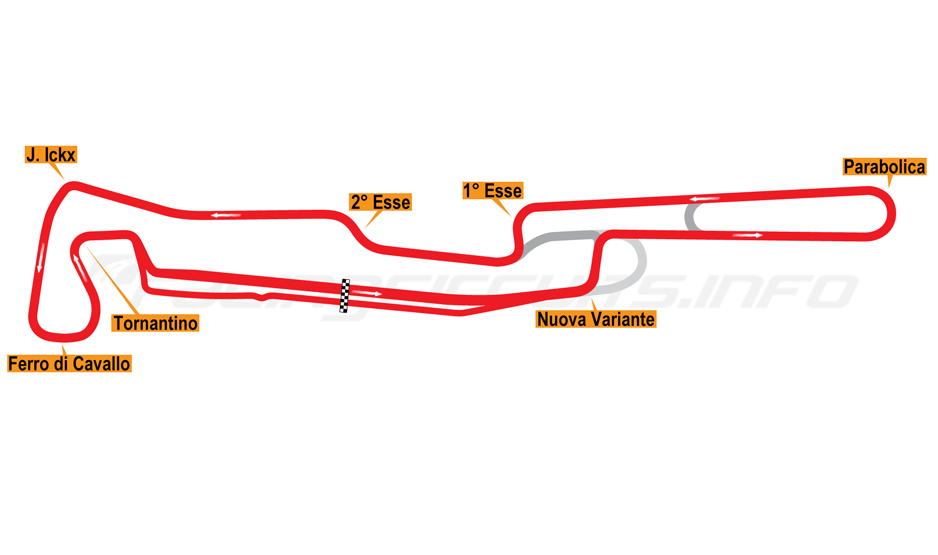 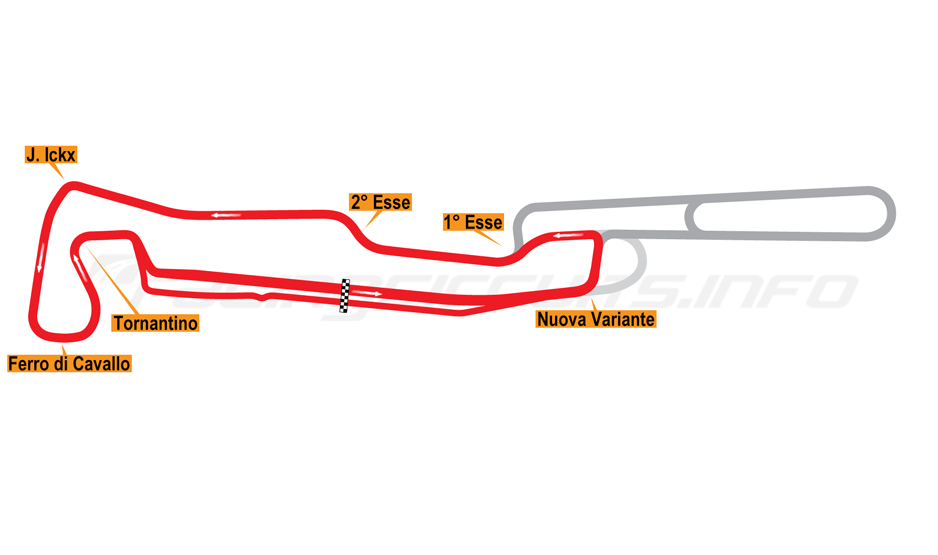 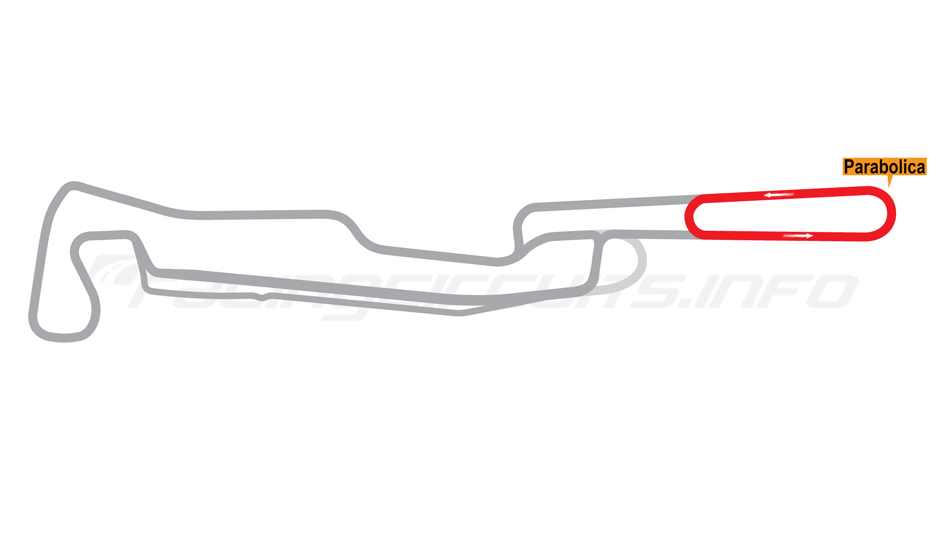 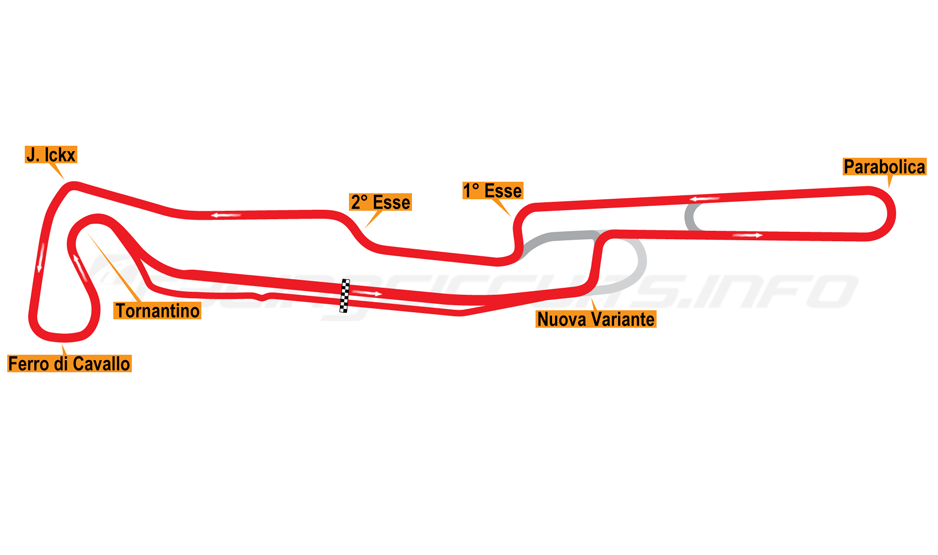 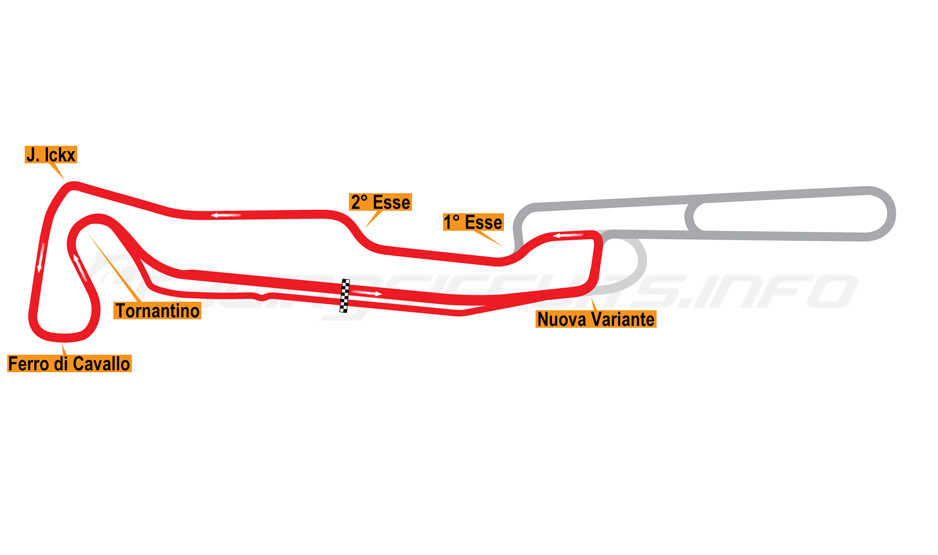 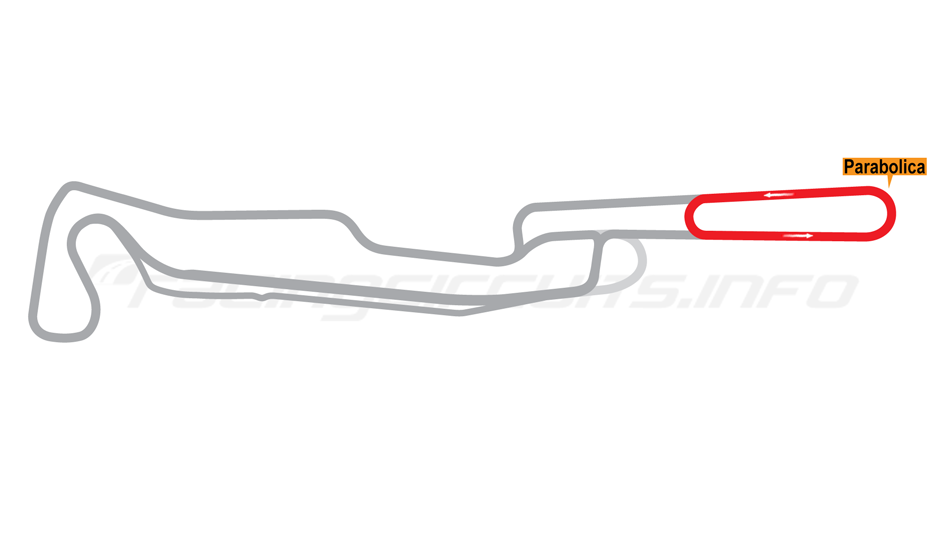 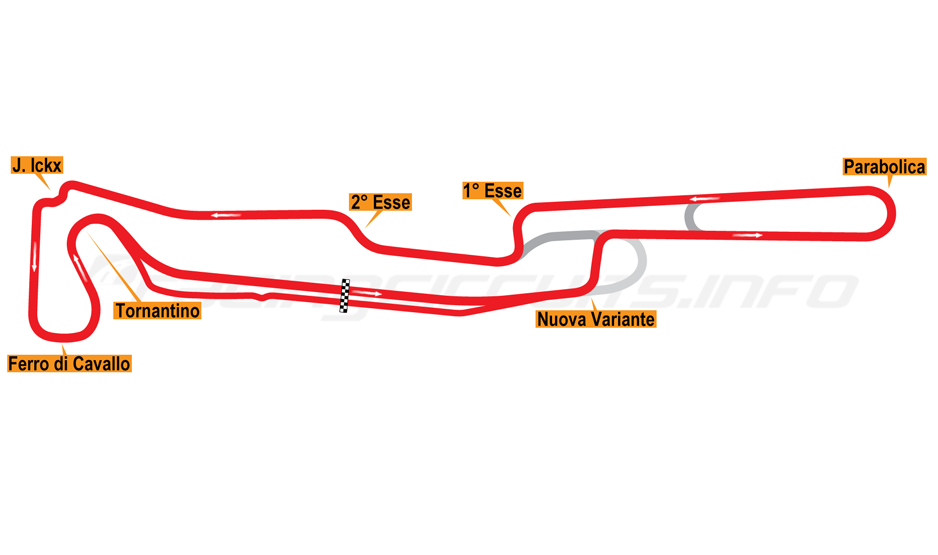 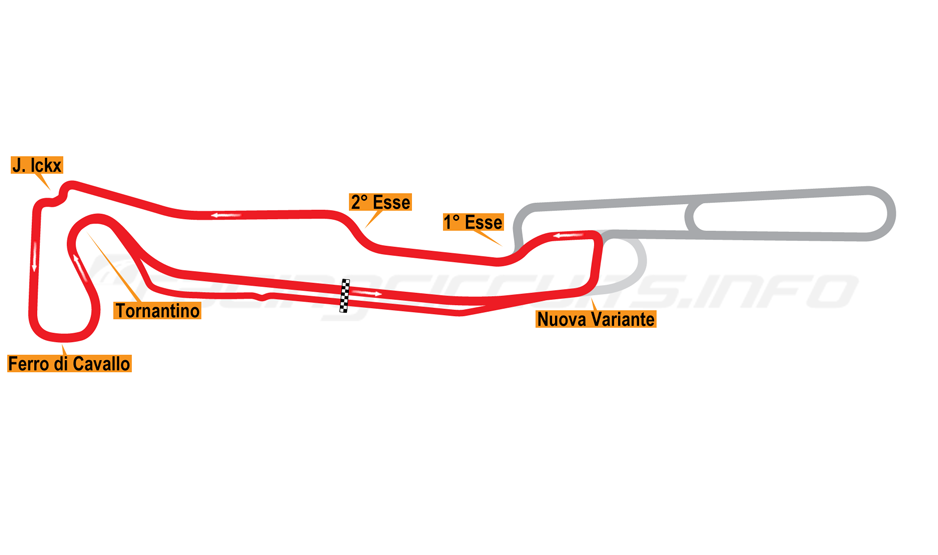 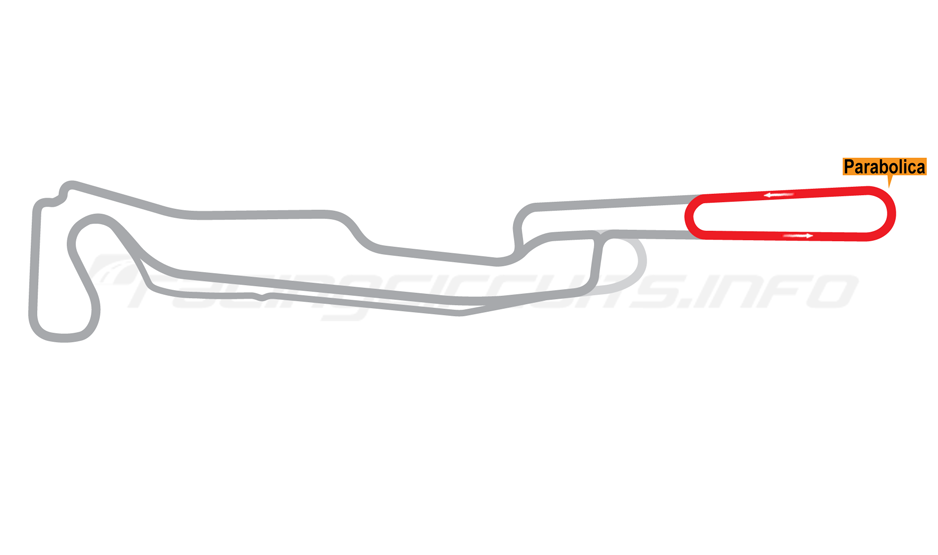 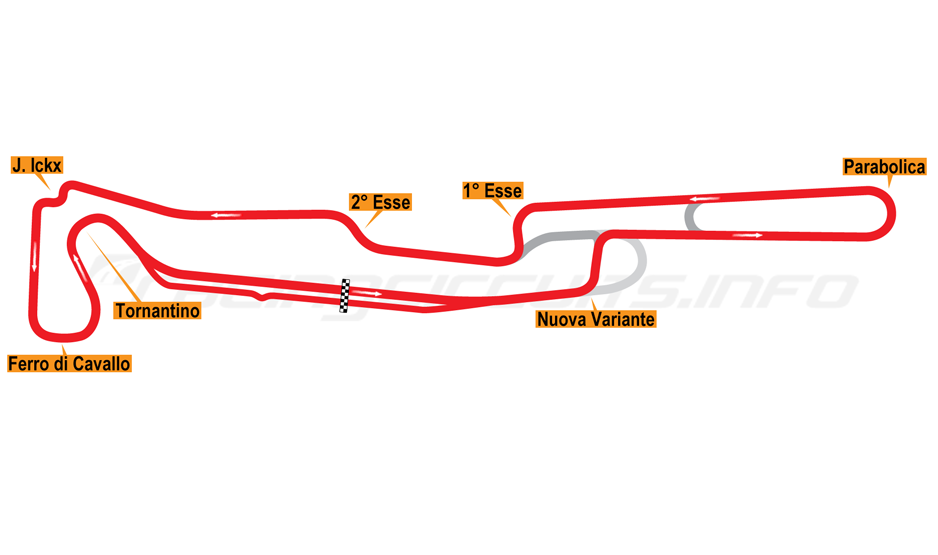 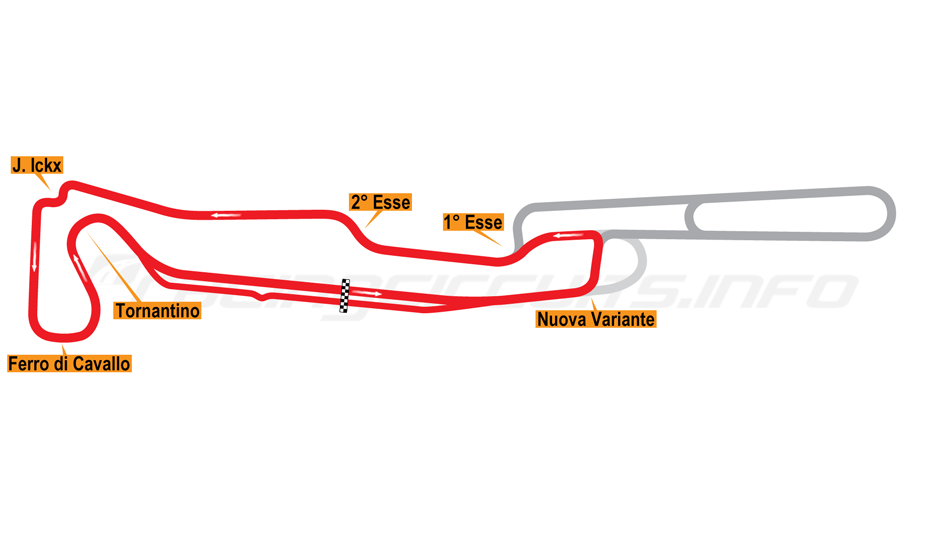 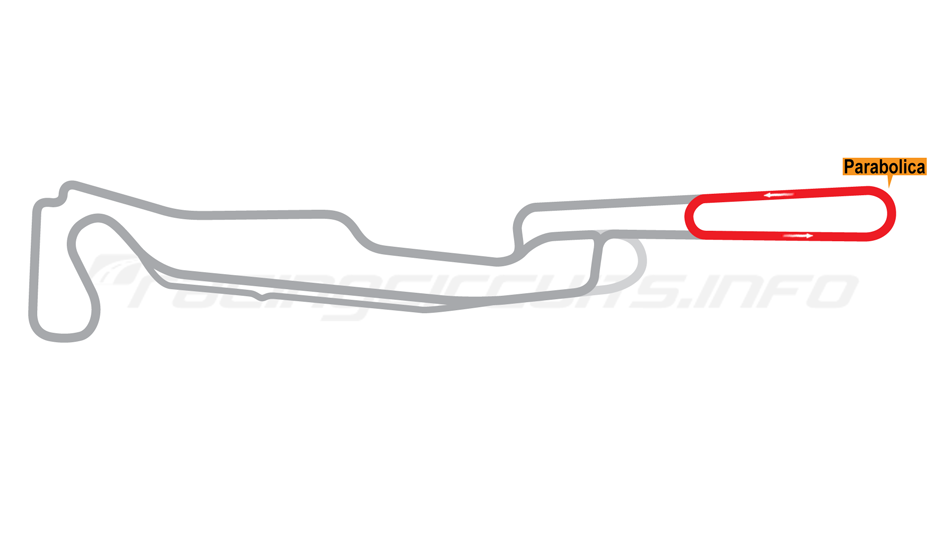 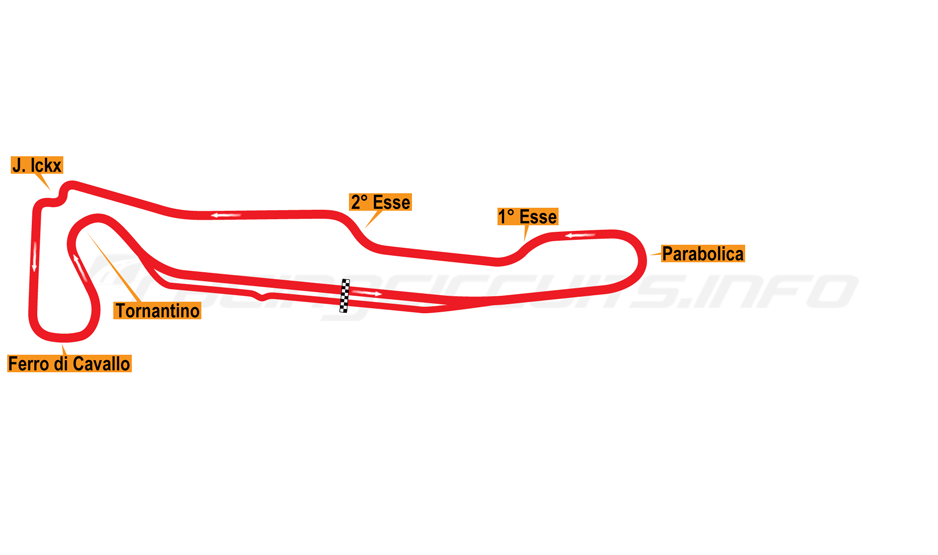 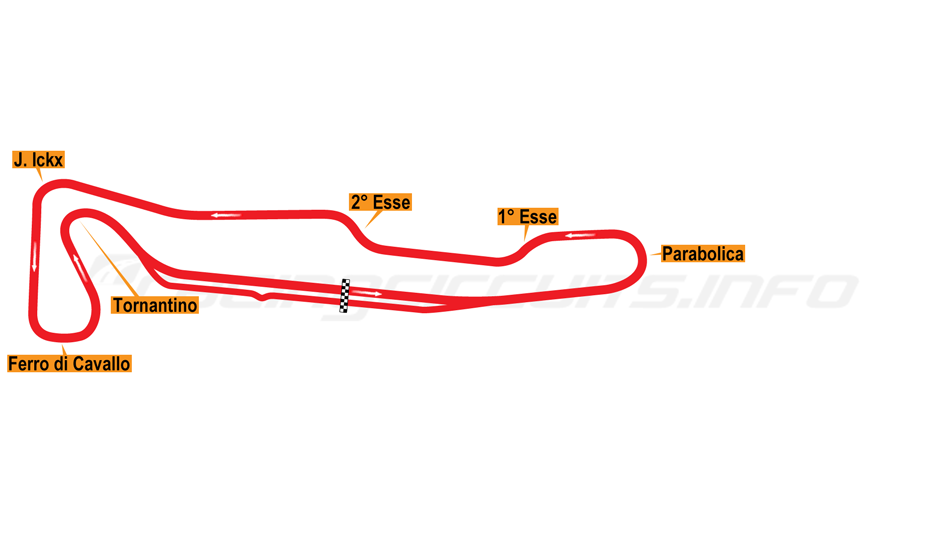 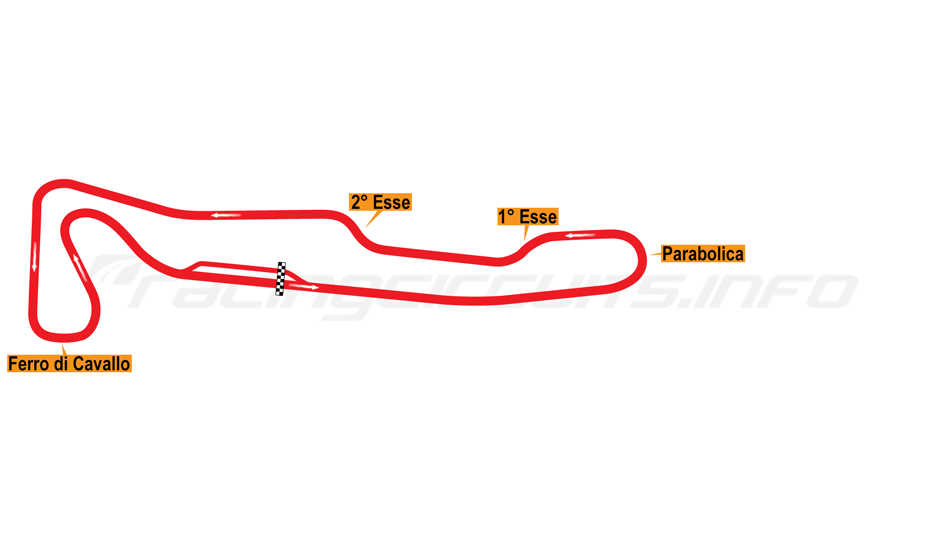 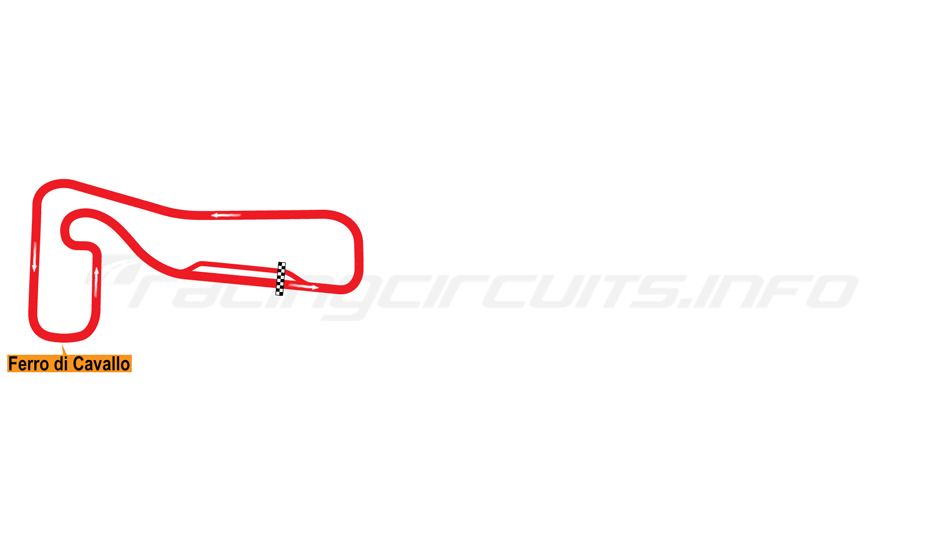 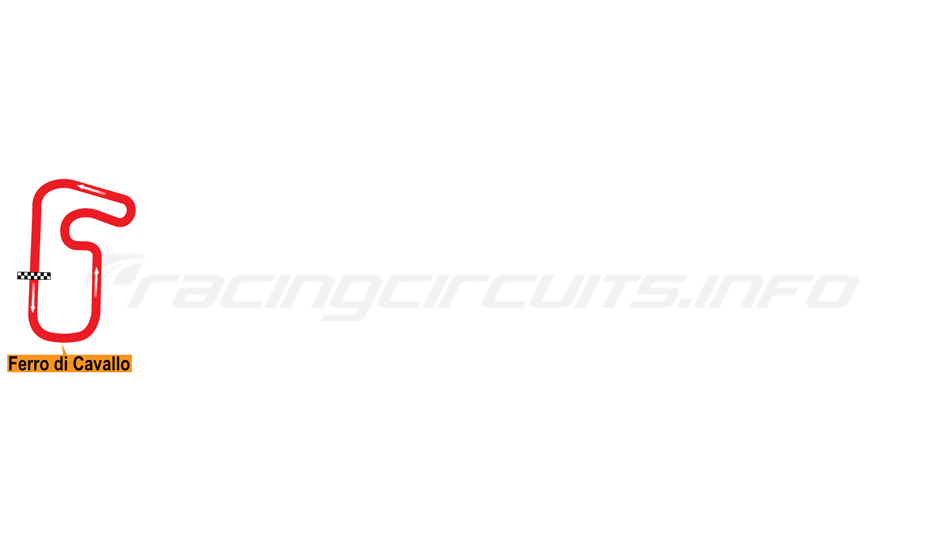 The Autodromo di Varano has grown from humble beginnings into a bustling venue used by the Italian racing scene and home to a thriving driving safety school. Around 5,000 drivers a year now pass through this school to learn how to drive safely on the roads, cementing Varano as one of the busiest venues in Italy.

Across the water from the track are the headquarters and factory of the Dallara car manufacturer, which means the circuit is often used for testing, most recently including almost daily use for the development of the Stradale road car.

The story began in late 1969 when a group of local racing enthusiasts - among them Gianpaolo Dallara - created without a great deal of fanfare a rudimentary circuit built around a football field. In July of 1970 the local Tourist Association organised a series of car races, known as the Summer Trophy. These proved popular and were followed by kart and Formula Monza races.

At just 600 metres in length and with little in the way of facilities, it was clear that something longer was required if the circuit was to continue its early success. In Spring 1971 the circuit was completely rebuilt, with a new extension to the east of the original course, complete with a pit lane and associated paddock facilities. The new course measured 1.2km but was itself quickly deemed too short.

The solution was for the tourism association to buy another plot of land further to the east and in March 1972, proposals for a further extension were put to the CSAI, the Italian federation of motorsport. Approval was granted within two days on March 4 and work began immediately. Remarkably, within just 24 days the newly extended circuit was ready for the racing season.

The changes involved removing the football field and the original hairpin; this was replaced with another horseshoe-shaped bend. The start/finish straight was extended further east before doubling back on itself though a parabolic curve and then two 's' bends before re-joining the old course. The new variation measured 1.8 km and was inaugurated on March 26, dedicated as the Autodromo San Cristoforo in honour of St Christopher, the patron saint of motorists and driving in general.

Development stalls as bureaucracy sets in

The prudent plan to develop in phases and according to demand meant that resources were never overstretched too far - but did mean that as soon as one project ended the next set of improvements were being hatched. Within 12 months, a further extension was being mulled over - plans by Romano Meggi called for a new loop to the south, which would have increased the length to 2.8km. Italian bureaucracy was back at its very best and these plans stalled; given the remarkable speed which the circuit had sprung from nothing to a fully-fledged racing facility, it is somewhat ironic that this next phase of development would take three decades to come to fruition. Further attempts in 1982 and 1987 went the same way and it wasn't until 2002 that the final extension came to reality.

In the meantime came one of the most significant events in the circuit's history; in 1976 in association with the magazine Autosprint and Alfa Romeo a charity race was organised to benefit victims of the Fruili region, which had been struck by a powerful earthquake. Numerous Formula One stars were drafted in to battle it out in Alfasuds. Lauda, Regazzoni, Fittipaldi and Scheckter were all there, as was Jacky Ickx, who gained infamy by spinning off at the corner at the north-western end of the track. The previously unnamed corner was subsequently named after him - probably a slightly unwelcome reminder for the talented Belgian! The event overall was a great success - enough funds were raised to build a new kindergarten, which was named in honour of Graham Hill.

That same year saw another significant development when a new pit and paddock facility opened, on the opposite side of the main straight. This has the benefit of not having to be crammed into the infield as before, allowing a great deal more space and the change was well-received. In 1981, ownership of the facility passed from the local tourism association to a new company specifically created to manage and develop the circuit.

Circuit is dedicated to Riccardo Paletti

The death of young Italian racer Riccardo Paletti in a fiery crash in the 1982 Canadian Grand Prix prompted circuit bosses to re-dedicate Varano in his honour in May 1983. From henceforth the track at Varano de' Melegari would also be known as the Autodromo Riccardo Paletti, a generous response in memory of a driver who had been a friend of the circuit as he worked his way towards his dream of Formula One.

In 1991 another significant development saw the establishment of the driver training school, the brainchild of ex-F1 pilot Andrea de Adamich with backing from Alfa Romeo. From an initial 18 courses run that first year, the programme of training rapidly expanded: by 1995 there were 80 per year; today there are around 200. The goal of the centre is to improve the pupils' control at the wheel of their cars, perfecting their technique under the gaze of qualified instructors. The circuit provides an ideal backdrop, featuring a variety of corners which mimic the public roads the drivers will usually use. Over the years the circuit has been further equipped with facilities for artificial rain, and special low grip sections of asphalt and resin to be able to reproduce just about any driving conditions.

The next circuit changes occurred in 1997, when a chicane was added at the Jacky Ickx corner, as well as modifications made to the Tornantino, in order to provide greater run-off. The circuit remained at an official 1.8km length regardless.

Finally, the circuit extension is completed

Then in 2002, and following years of wrangling, construction was completed on the much-anticipated circuit extension. This saw the original Parabolica by-passed by a new left-right corner combination onto a new straight which then doubled back on itself via a 180 degree new Parabolica corner, along a parallel straight to a reconfigured first 's' bend. A small test oval was incorporated into the new loop, while a short course, similar to the previous layout, was also retained.

Minor changes were made to the Ickx chicane in 2004, when a revised pit lane and new pit boxes were also constructed. Further changes came to the Ickx corner in 2010, when the entire section of track was brought inwards to create more run-off, eliminating the need for a chicane altogether. Then pit straight was also widened along its full length.

In 2011 came additional renovations, which saw the hairpin bend at the end of the lap squared off, again to allow for increased run-off. The final corner was also tightened, but the overall lap length remained at 2.350 km.  Then, in the summer of 2019 came the most recent alterations, with a revised pit entry being instigated.

Planning a visit to Varano? Find the best deals near to the circuit on hotels, apartments and rooms to rent from the map below.

The Autodromo Riccardo Paletti is located at Varano de' Melegari in the Emilia-Romagna region of northern Italy. The nearest airport is at Parma, around 30 minutes' drive away, while Milan's international airports are no more than two hours to the north.

The circuit is located around 20 miles / 32 km south west of Parma towards La Spezia; the closest exit on the A15 Parma-La Spezia motorway is at Fornovo. From here take SP28 to Varano, then cross the River Ceno on SP110 and follow signs to the circuit. 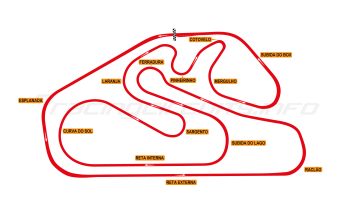 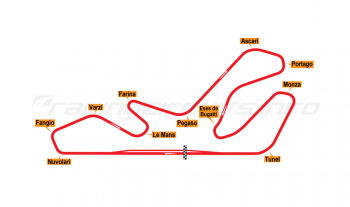 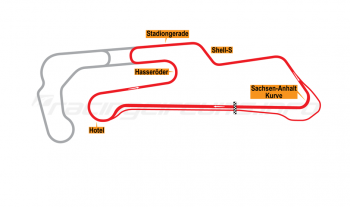