Mondello Park is Ireland's first and only permanent motor racing circuit and, as such, has held a crucial role in developing the country's two and four-wheeled stars over the years.

Built by racers for racers, the track today is a much expanded course compared to its original, with the vision of the late Martin Birrane helping launch the circuit to international prominence, hosting the likes of the FIA Sportscar Championship, British Superbikes and British GT/F3, ahead of the arrival of the British Touring Car championships.

The world economic crash of 2008 brought that to a halt but Mondello Park firmly remains  a hub for the Irish racing scene.

Ireland has a rich history of racing; with motorsport initially banned in mainland Britain, it was the Emerald Isle which held the first events in the early 1900s. A variety of street and closed public road circuits were used across both the Republic and Northern Ireland, but with increasing safety risks, one by one they died out. With the last of these at Dundoyne closing in 1966 and only the temporary facilities at Dublin’s Phoenix Park remaining, Ireland had a pressing need for a replacement.

The Secretary of the Leinster Racing Club, which organised the Dundoyne races, was Stuart Cosgrave. A racer and businessman, he realised that what Irish motorsport needed was a permanent home, rather than another road race venue. The search was therefore on for somewhere suitable to set up shop.

A permanent home for Irish motorsport is found

A call from the motorsport correspondent of The Irish Times, Des Bradley, put Cosgrave in touch with fellow racer, Eddie Regan. Regan’s brother-in-law Jim Morrin was looking to sell a patch of farm land just outside Dublin at Caragh, near to Naas in County Kildare. It seemed an ideal location and an agreement was soon struck.

Sponsorship was secured from the likes of Dunlop, Shell, Castrol, Esso and Ford at £5,000 each and along with a bank loan and an agreed overdraft allowed the trio to form Motor Racing Circuits Ltd. Contracts worth £40,000 were signed and the bulldozers moved in on December 18, 1967, carving out the first circuit to Cosgrave’s design.

Intended to be compact but challenging, the new course was named after Mondello, a suburb in Palermo, Sicily, where the famous Targa Florio road race took place. The name was apt, translating as ‘little world’, which is just what the short 0.699 mile / 1.25km course was for the racers of Ireland, north and south of the border.

Despite difficulties in construction, particularly around drainage, the new circuit opened its doors on time on May 12, 1968. An estimated crowd of 10-15,000 turned out to watch the first races, with traffic forming long queues to get in. John Keaney won the first ever race in an Austin Cooper S. The feature race was won by a young John Watson in a Brabham, from fellow Ulsterman John Pollack in a Crossle.

In 1969 the Duckhams Loop was added as the second phase of development, bringing the lap length up to 1.156 miles / 1.860km.  Still relatively modest in size compared to other tracks, Mondello nevertheless soon attracted the big-block F5000 cars as a feature, with the first Guards Championship race being held in July 1969. David Hobbs sped to victory in a Surtees TS5 in what was to be a regular fixture on the calendar until 1974.

While the largely overseas visitors from F5000 proved popular with the crowds, it took a little longer for the national racing scene to establish itself. However, the introduction of Formula Ford in the 1970s proved the catalyst for a series of young drivers to begin to emerge as bright prospects for the international stage. Derek Daly, David Kennedy and Bernard Devaney all cut their teeth at Mondello before going on to successful careers. All three now have corners on the circuit named in their honour.

Through the 1980s and 1990s Mondello hosted the EFDA Euroseries for FF2000 and then Formula Opel cars, with perhaps it’s most famous victor being a young Ayrton Senna, who won the Leinster Trophy in 1982, driving for Dennis Rushen’s Green Racing Team. Mondello was also frequented by many of the top British club championships, such as Thundersaloons and TVR Tuscans.

The track also hosted British and European championship motorcycle races, providing a major platform from emerging local racers as well, such as Dubliner Eddie Laycock.  He would go on to take two Isle of Man TT wins, as well as enjoying a top flight motorcycle career, racing in the World Championships for four years from 1988-1992.

As the 1980s progressed the circuit began to run into financial difficulties as the Irish economic recession hit hard. Morrin and Regan departed, leaving Cosgrave to soldier on alone, continuing to run the circuit with the help of wife Sheila and daughters Nicola and Alison. By 1985 the financial pressures had become too much to bear and the liquidators stepped in.

In a reluctant bid to keep things going a consortium of racing clubs and the Royal Irish Automobile Club purchased the track. Then, towards the end of the decade, businessman and former sportscar racer Martin Birrane purchased the circuit from the consortium and placed the track's running in the hands of a number of different franchise holders. So began a resurgence which restored the financial health and allowed thoughts to turn to bigger things.

Planning began in the mid-1990s on a major upgrade of the facilities in order to attract international events. It was clear that a further circuit extension was needed and, as the circuit's 30th anniversary dawned, a new loop was opened on land to the north of the original course. Designed by Tom Barnard, the extension brought the length up to 2.3 miles (3.6 km), though the shorter national and club circuits remained available for use. The new International track was opened with a round of the EuroBOSS series for recent Formula One cars.

Birrane took over day-to-day management of the circuit in 2000 to facilitate further development. An impressive new control tower and medical centre was constructed in 2001, along with a pit garage and hospitality suite complex and larger all-tarmac paddock. The improvements made an immediate impact, with the circuit homologated to FIA Grade 2 standards and soon attracting prestigious new championships. In 2001, Mondello hosted the British Touring Car Championship for the first time (and would remain a part of the calendar until 2007) and the FIA Sportscar Championship also held a 2 hour 30 minutes race in September, won by the Dome-Judd of John Nielsen and Hiroki Katoh.

Other big name visitors in the 2000s included the British GT and F3 Championships, while British Superbikes held their first ever round outside of the British mainland in 2002 and would be regular visitors until 2008.

The downturn in the Irish economy meant a reduction in spend from government tourism departments, whose money had helped ensure the more costly international events could be staged. As a consequence, Mondello Park has now largely reverted to being a hub for national racing only, waiting for its next opportunity to host overseas action when the economic picture improves.

Nevertheless, it remains a bustling venue, with regular national and club racing taking place, alongside track days, testing and manufacturer days. Ireland's only Japanese car show, Jap-Fest, has been held annually each September since 2007 and has proved very popular. Rallycross events have also been a staple of the circuit's activity for many years, with Mondello returning to the Irish championship in 2015.

Visitors to the circuit should also pay a trip to the small on-site museum, which houses Birrane's collection of racing machinery, from a Jordan F1 car, various Group C sportscars (including two of only three Ford C-100 prototypes) and Lola machinery from down the years.

In June 2018, Martine Birrane died unexpectedly at the age of 82, just as he was planning Mondello Park’s 50th anniversary event. The meeting became a tribute to the circuit's owner, featuring a huge cavalcade of cars associated with the circuit’s history and featuring many names from the past.Tommy Byrne made an emotional return to the cockpit in James Hunt’s F1 Hesketh.

The circuit continues to be owned by the Birrane family.

Planning a visit to Mondello Park? Find the best deals near to the circuit on hotels, apartments and rooms to rent from the map below.

Mondello Park is located in Naas, County Kildare, Ireland. The nearest airport is Dublin Airport, around 45 minutes to the north east.

Reaching Mondello Park by road is straightforward, at is a short distance from the M7 motorway. From Dublin, take the N7 towards the South. Leave the Naas by-pass (M7) at junction 10 (signposted for Newbridge) and turn right at the top of the slip road. At the roundabout take the first exit (signposted for Mondello Park/Rathangan). Once past the roundabout, take the next right turn and then the next left. Follow the road through a narrow bridge and the village of Caragh. Mondello Park is 1.6km past the village on the left.

From the south, leave the M7 at junction 10 (signposted for Naas), turn left at the top of the slip road, before following the directions above.

From the west leave the M4 at the junction for Maynooth, at the top of the slip road turn right, follow the signposts for Clane. In Clane village take the right turn signposted for Prosperous. Turn left at the Naas petrol station in Prosperous. Go left at the first crossroads, Mondello Park is two miles on the right. 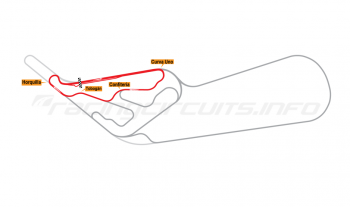 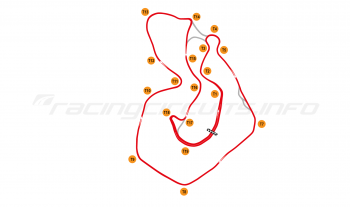 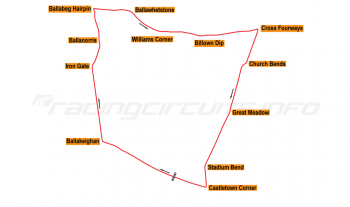