The Audru Ring is Estonia's only permanent race track, with an extension and refurbishment in 2012 creating a safe, modern facility.

Its origins began as a closed road circuit, used for racing from the 1930s and as recently as 2000 in this form.  The creation of a permanent circuit followed, which has been adorned with various names including Pärnu Ring and Auto24Ring.

Today the track is officially known as the Porsche Ring in deference with a marketing agreement struck with the German manufacturer in 2021.  It features stages of both Baltic and Nordic championships for cars and motorcycles, as well as numerous track days. The biggest summer events are the Porsche Festival and the Estonian Grand Prix.

Racing here first dates back to the 1930s, when a road course was laid out to the east of the resort city of Pärnu. Known as the 'Sauga Kolmnurk' (Sauga Triangle), the 6.1 km course used three local roads – Nurme tee, Sulu-Papsaare tee and Haapsalu maantee – to form a fast but flat circuit. This was used for local races from 1933 to the late 1960's.

Racing ceased for several decades before being revived in 1989. This time, a special link road designed by Enn Teppan was constructed to reduce the amount of public road used by the course. The Sulu-Papsaare section was eliminated altogether, while the Haapsalu maantee and Nurme tee sections were shortened and a chicane added on the latter. Combined with the new link road, the course measured 2.279 miles and was known as the Pärnu Ring.

Further work was carried out during 2000 and 2001 to create a more permanent circuit which would minimise further the use of public roads. A new section with a fast chicane was added to connect with the 1989 permanent course roads, meaning that only 350 metres of Nurme tee was now used. A pit lane was added and the start/finish line moved away from Nurme tee to the neighbouring straight. In total the new course measured 1.351 miles, much shorter than the previous versions. An even shorter 0.9 mile course, utilising only the northern portion, was also available. Curiously, this was known as the Grand Prix course, while the main course was referred to as the long course.

After more than a decade of progress, plans were announced for a further expansion programme, which would see the track transformed into a truly permanent circuit for the first time. Some 3.2 million euros were allocated for the reconstruction work by the state via Enterprise Estonia, to which a further 1.2 million euros was added by private investors.

The plans called for an extension to the west of the existing track, adding a new start / finish straight, pit and paddock and modern garages. In addition, a rallycross track was added and the entire circuit was fenced off, meaning the Nurma tee road was split in two with the circuit sitting in the middle. While much of the old layout was retained, in reality only the old Turn 1 remained completely unaltered as the remainder of the corners were either widened or had banking changes applied. Construction on the new circuit was complete in time for the first races in September 2012, a round of the Estonia motorcycle road racing championships.

At the beginning of 2013, track officials announced a new 10-year sponsorship deal with the auto24.ee car sales website. This saw the track renamed once more to become the Auto24ring. The deal also saw the circuit promoted on the auto24.ee website.

Following the end of that deal, a new five year naming rights agreement was struck with Porsche Estonia, with the track becoming known from August 2021 as the Porsche Ring.

Planning a visit to Audru Ring? Find the best deals near to the circuit on hotels, apartments and rooms to rent from the map below.

The Auto24ring is located near to Pärnu in Audru municipality, western Estonia. Pärnu Airport is immediately adjacent to the circuit, though this caters for mainly private aircraft. Tallin Airport is around 1h 45m drive to the north, while Riga airport in neighbouring Latvia is just under three hours drive.

By car, the circuit is just off the Pärnu-Lihula road to the west of the city – in fact the route to the circuit entrance is along the original 1933 course, following Sulu-Papsaare tee and onto Nurma tee. Parking is available at the circuit. 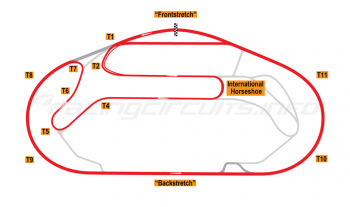 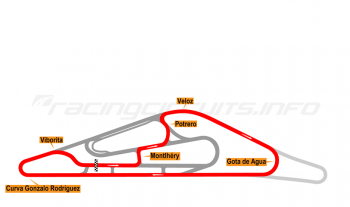 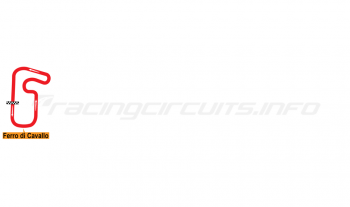