Zalužani is Bosnia's only motor racing circuit, based on the grounds of a former military training centre. On roads that once might have seen tanks rumbling along them, you'll now be able to see various Yugoslav racing series throughout the year on two and four wheels.

Today the circuit has seen some upgrades, including partial resurfacing, though remains as narrow as ever, making overtaking an often tricky affair.

As well as local races, the circuit is included on the FIA Central European Zone Circuit Championship.

The circuit sprang up in the late 1980s and was fairly primitive in its early years, little more than a small pit area and a course marked out around the roads of the complex. Safety arrangements were fairly minimal, with little in the way of run off for anyone who should stray from the narrow ribbon of tarmac – it was essentially only the width of a normal two lane road.

Nevertheless it proved popular and was an alternative to the street racing which otherwise made up the balance of the local racing scene. It was good for spectators too, with large amounts of the circuit viewable from close to the pits.

The Bosnian War inevitably brought racing to a close in 1992 but resumed in 1998 on a slightly shortened course, the final hairpin being tightened and brought closer to the final corner in a bid to increase run-off. Facilities remained fairly primitive until 2008, when the majority of the course was resurfaced and a proper pit lane installed – this time separated from the track by a concrete barriers. Some other improvements were made to run-off areas and tyre-bundles appeared at certain corners, providing a modicum of extra safety.

The track has remained in active use for a variety of local championships, perhaps the highlights being the running of ex-BTCC and STW Cup Super Touring Cars in the mid-2000s. The circuit is also available to lap in a road car for a very reasonable prices.

Recent years have divisions in the organising bodies, leading to some being unable to compete at the track, while local reports suggest that part of the site is also being used for landfill by the local authorities, while at other times part of the circuit is being used as a diversion route following a dispute about access rights to a local road. Nevertheless, local racing does seem to be continuing, so it is to be hoped these difficulties can be resolved.

Planning a visit to Zalužani? Find the best deals near to the circuit on hotels, apartments and rooms to rent from the map below.

Moto Staza Zalužani is located at Zalužani, a village just north of Banja Luka, in Bosnia and Herzegovina. The nearest aiport is Banja Luka International Airport, which is around 20 minutes' drive to the north.

The circuit is straightforward to find, being located alongside the M16 road which links Banja Lauka and the airport. A petrol station, tyre shop and restaurant are located near to the circuit entrance. 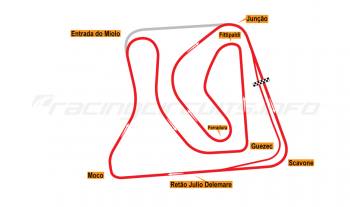 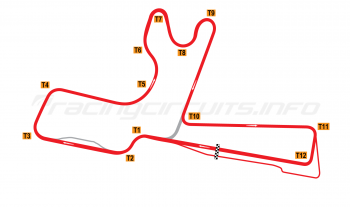 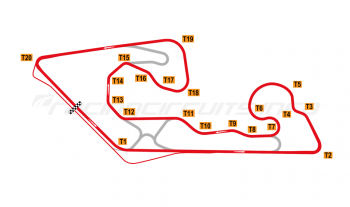