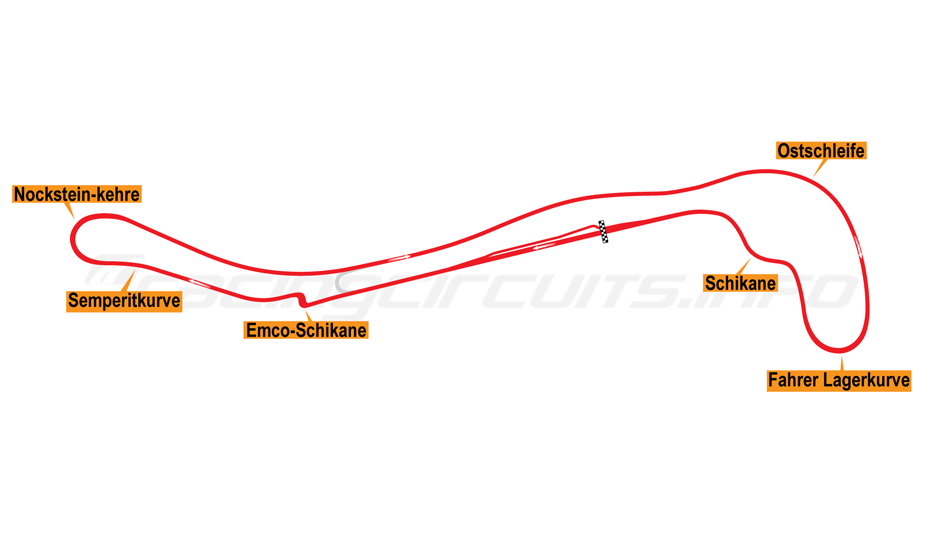 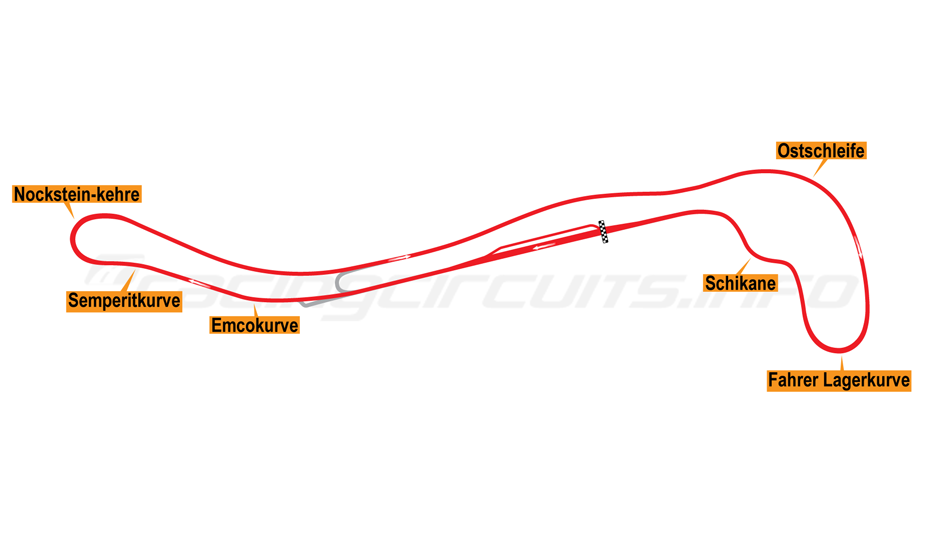 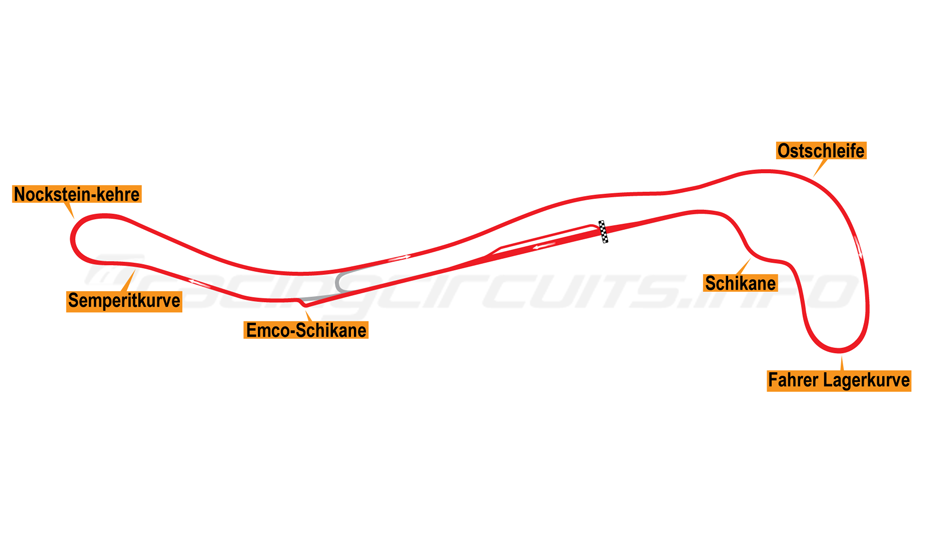 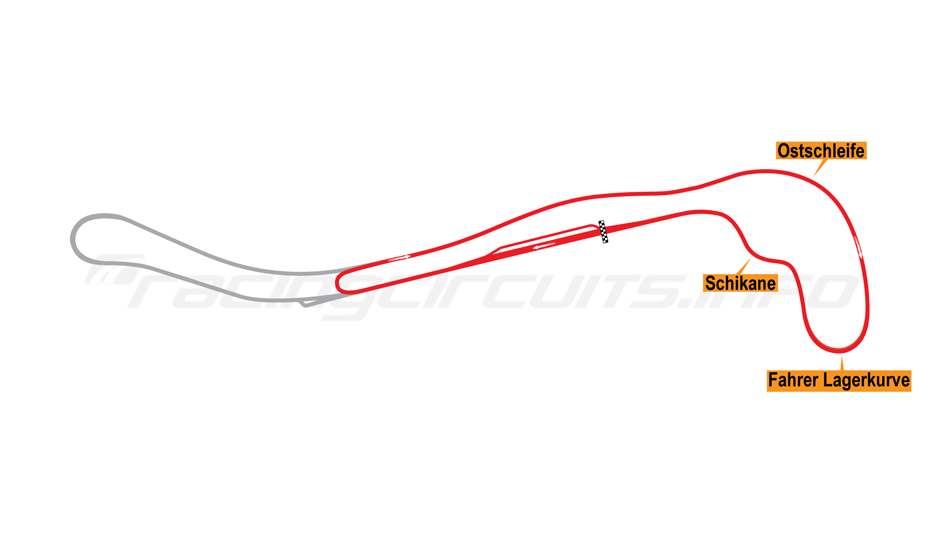 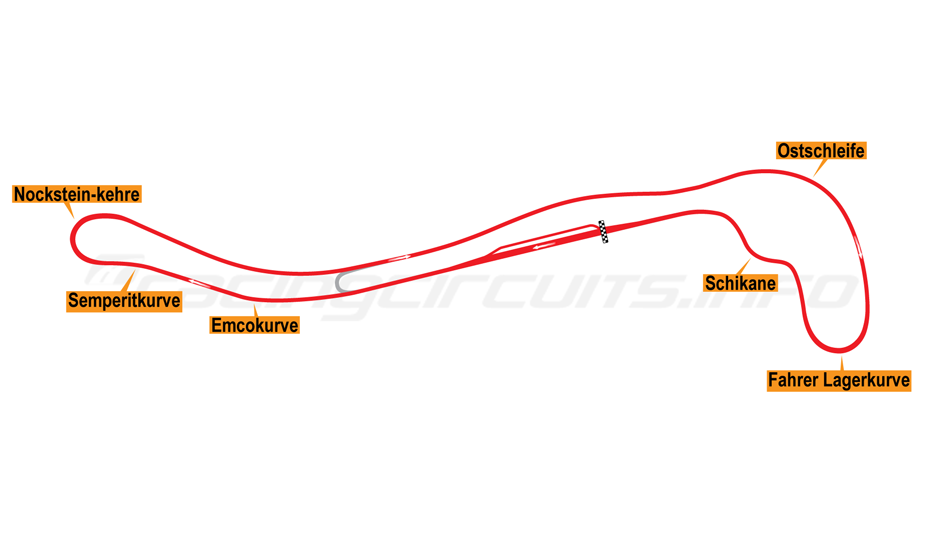 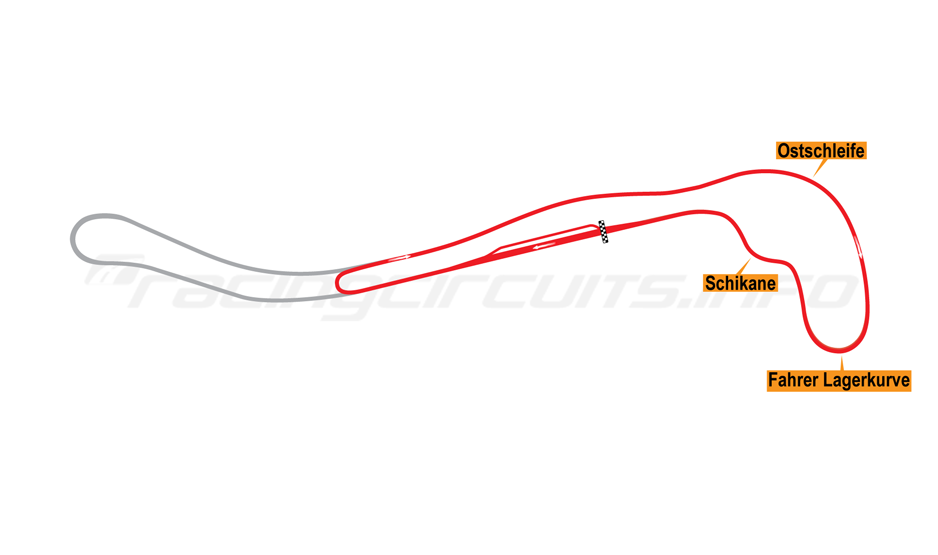 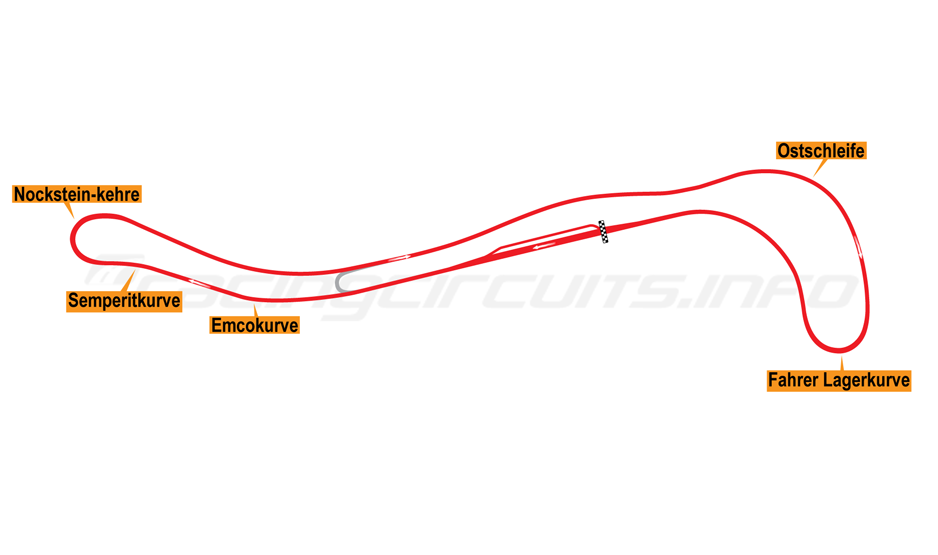 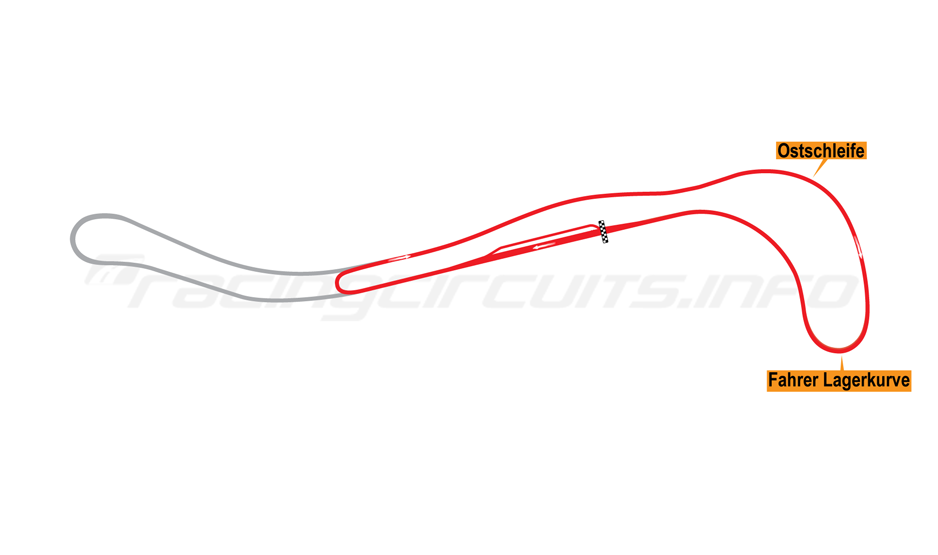 Austria's second permanent track nestles in the hills of the Salzkammergut, a short distance to the east of the city of Salzburg. It's one of the most beautiful settings for a race circuit, with the hillsides forming natural grandstands and providing an unusual top-down view on racing action.

Fast and flowing, the track is high speed - and high risk - in nature, especially through the Ostschleife curve, which is almost flat out and with limited run-off.

With very little opportunity to improve the run off areas, it's likely that Salzburgring has probably seen its peak, with national level racing as the mainstay and occasional visits from higher profile touring car series.

Construction on the track began in 1968 and was completed in 1969. The circuit certainly proved fast, despite its layout being somewhat restricted by the confines of the valley that gave it such good spectator viewing. A flat out blast down one side lead to a fast and lightly banked 180 degree corner before another blast up the other side of the valley above lead to the signature Fahrer lagerkurve (Paddock Bend). This was a fearsomely fast section of the track with little margin for error – Armco barrier lined the side of the roads – featuring a right turn which seemingly went on forever before feeding into another fast left hander which led back to the start.

A series of races for touring cars christened the new facility (using both long and short variants) in September 1969 with participants including names such as Helmut Marko, Dieter Quester and Johann Abt. The circuit quickly established a series of national events as it settled into its first full season in 1970, the highlight of which was the non-championship Formula Two race in August, which attracted a number of top stars, including home hero Jochen Rindt. Despite winning one of the heat races, Rindt was out of luck in the main event, retiring at half distance as Jacky Ickx went on to win for BMW. Fate would see to it that this was Rindt's final ever race, the great Austrian being killed in qualifying at Monza a few days later.

By the 1971 season, the Salzburgring was really entering its stride, securing the opening round of the Motorcycle World Championship, a series it would remain a firm part of until 1994. Names such as Agostini, Saarinen, Sheene, Roberts, Gardner, Schwantz, Lawson and Doohan all tasted victory here, with Doohan rating it as his favourite circuit.

"Sure it was fast and dangerous, but also enormous fun. To me it's what motorcycle racing is all about."

Single seaters also got an early foothold, with the circuit hosting a regular round of the European Formula 2 championship from 1972-76, alongside F5000 events. The World Sportscars took over where F2 left off, with rounds in 1976 and '77 and a European event in 1978. Touring cars also played an important part of the calendar in the 1970s and early 1980s, with the European Championship a regular visitor.

Concerns over the safety of the final sweeping corner, particularly for the bike racers, lead to the insertion of a chicane in 1976, though in reality this was a relatively fast series of bends which really didn't deserve the name. By 1986 there really was a chicane, this time at the end of the drag from the start line, aimed at slowing traffic through the Emco corner, though this was only used by the bike racers.

In truth though, the Salzburgring was always likely to be on borrowed time for top level international racing. Increasingly stringent safety demands called for ever larger run off areas, which the tight environs of the circuit could simply not accommodate, so it was no surprise that 1994 would prove to be the final Motorcycle Grand Prix. World Superbikes made a one-off appearance in 1995 before switching to the newly completed A1-Ring the following year. The Salzburgring made do with with rounds of the German STW-Cup touring car series towards the end of the 1990s after which it faded into a national level circuit only.

Infrastructure improvements still came along – a new pit facility duly appeared in 1998, replacing the dated structure which previously saw the cars disappear behind the structure to reach the narrow garage areas. The new building was more conventional and featured much improved facilities for teams. A mini-paddock area behind it would also subsequently be created. Elsewhere, other safety improvements saw a revised Emco chicane constructed – this was slower than the original and became mandatory for cars and bikes, the old corners tarmac having been removed.

In 2008, the circuit played host to the the then one-off European Touring Car Cup, with the event being won by Michel Nykjaer. The circuit played host again in 2011, James Thompson winning out in a Honda Accord. Favourable reviews of the circuit led to its inclusion on the WTCC calendar from 2012, marking the first time a World Championship event had been held at the Salzburgring since the mid-1990s.

Despite the return to international racing, the exact future of the circuit is slightly uncertain. The contract with the State of Salzburg as landowner runs until 2015 and since 2006 discussions have been under way with Austrian motorcycle manufacturer KTM about a possible sale, while current circuit operator IGM has also expressed interest in buying the facility.

A third prospective buyer entered the fray in 2015, when Dietrich Mateschitz emerged as a bidder, seeking to add the circuit to his portfolio, alongside the Red Bull Ring.  A deal worth 3 million euros was agreed in January 2016 but by July of that year, had collapsed. Complicating factors was that the legal approvals for racing are held by the operating company, rather than the landowner. Therefore Preliminary efforts to seek new approvals were frustrated by demands from surrounding landowners.

"We couldn't reach an agreement with a landowner, explained Mateschitz to the Salzburger Nachrichten. "He wanted a huge sum, 10,000 euros per month, for a few meters of access on gravel. I have to say, at some point it's over, it doesn't make sense anymore."

The deal was off, with circuit remaining in the ownership of the province of Salzburg , with the IGMS association (Internationaler Gemeinnütziger Motorsportverein Salzburgring) remaining as the operator.

Planning a visit to Salzburgring? Find the best deals near to the circuit on hotels, apartments and rooms to rent from the map below.

The Salzburgring is located in northern Austria, eight miles east of the city of Salzburg. The nearest international airport is Salzburg's Wolfgang Amadeus Mozart Airport, which is around 15 miles to the west of the circuit, around 25 minutes drive away. Linz's Blue Danube Airport offers another alternative, around 70 minutes drive away to the east.

The circuit is straightforward to find, being located on highway 158 out of Salzburg.  It is also easy to reach from the Westautobahn (E55) if heading from further afield. 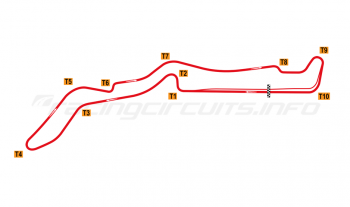 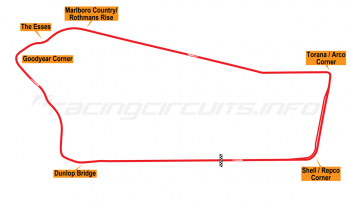 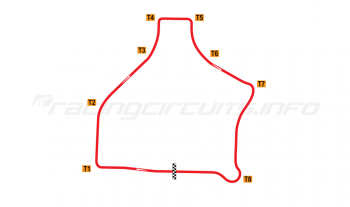