The Levin Motor Racing Circuit was New Zealand's first permanent motorsport facility, small in scale but massively important for the development of the sport in the country, which had previously relied on temporary street and airfield circuits.

Located at Lake Horowhenua, around 95kms north of Wellington on North Island, the roughly kidney-shaped tracked operated for 20 years from 1956. Crafted inside a horse racing circuit, the track ultimately disappeared when its lease was not renewed and the equine racing authorities wanted to expand.

By this point, there were plenty of alternative circuits operating and so Levin became a footnote in history, having served its purpose of New Zealand putting motorsport on a more sustainable footing.

The driving force behind the development of the track was an ex-pat Englishman, Ron Frost MBE, who arrived in New Zealand in the 1950s. A motorsport enthusiast and part-time racer, he had been one of the early pioneers at Brands Hatch, when it was little more than a grass-track facility running in the opposite direction to today. His racing activities were curtailed by World War II, but after the conflict ended, he resumed on four wheels, racing a Formula 500 JBS to several podiums at Brands Hatch.

After setting up a garage in Bexley Heath in Kent selling Hillman cars and Shell fuels, he became disillusioned with the continuation of rationing, so emigrated to New Zealand. It was while looking for a house in Levin that he noticed a little-used horse racing track nearby and thought it would be an ideal location to create his own version of his favourite circuit.

He began discussions with the landowners and local authorities, forming the 'Levin Motor Racing Circuit Ltd' with the help of other local enthusiasts, such as Syd Jensen, Arnold Stafford, Vic Hudson, Les Burnham, Welwyn Wylde and Keith Wyness. After 18 months of discussions, all had been persuaded of the merits of the scheme.

Construction began in August 1955, featuring a design which unsurprisingly followed the template of Brands Hatch, with a rough kidney-shaped outline. This drew some criticism that it favoured the small 'cyclecars' of the 500 class (which of course was exactly what Ron Frost raced) but given the subsequent popularity of the motorcycle-engined racers, this was probably no bad thing.

The circuit was completed in January 1956, with its inaugural race held on January 14, organised by the Levin Car Club. The original layout was just 9/10 of a mile (although was described erroneously by officials at the time as being 1 mile). One of the advantages of being inside the horse racing track was that the circuit could benefit from the existing spectator facilities, although temporary grandstands also became necessary as the popularity of motorsport boomed. At its height, more than 20,000 people would swamp into the local area where the population was just 8,000!

The track surface broke up badly during the first meeting due its relatively poor construction and, despite a turnout of some 15,0000 spectators, a bank loan was needed to effect the necessary repairs. Despite this early setback, the circuit soon settled into a rhythm of hosting three races per season (save for the 1969-70 and 1972-73 seasons which boasted four events).

The first 'Levin International' event in January 1958. Among the field were international drivers Jack Brabham (who won the race in a Cooper T43-Climax), Archie Scott-Brown, Roy Salvadori and Stuart Lewis-Evans, alongside home-grown heroes such as Bruce McLaren and Syd Jensen. Ron Frost had been due to race but did not start due to a practice crash.

By 1960, the circuit was lengthened and extended to 1.1 miles through the creation of a new Lake Corner and the sweeping Hokio Bend. This necessitated the moving of the pits and paddock area to the Beach Bend end of the circuit. The track was also widened from 7.1 metres to 9.1 metres. The track now met international standards, allowing for the return of some of the big names from the sport, in what would become the legendary Tasman Series.

Sadly, the April 1961 race meeting saw the circuit's first and only fatality, when Duncan McKenzie rolled his ex-Jack Brabham Cooper-Climax at Hokio Bend during the third race. He was taken to Palmerston North Hospital where he was pronounced dead on arrival.

The first ever race of the Tasman Cup championship was held at Levin in 1964, in what was titled the Vic Hudson Memorial Race. Denny Hulme ran out the winner in a Brabham BT4-Coventry Climax from Timmy Mayer in one of Bruce McLaren's Coopers.

In 1966 the circuit underwent its final expansion, when the pit straight was lengthened slightly and the Clearways section was removed in favour of two new corners, Wills Corner (later named Rothmans Corner in deference to a sponsorship deal) and the sweeping Castrol Curve. In this form it would see out the remainder of its days.

The first race on the revised layout saw the record crowd of 23,000 turn out for the Tasman Series opener. Other significant events organised on the circuit were a 4 hour production saloons race from 1971, while many of the early events also combined motorcycle races, before two-wheel only meetings became more popular.

The last race meeting was held on 7 December 1975, as the 20-year lease was due to expire and the facilities needed an upgrade, which the car racing club had no money for. With the horse racing club expanding rapidly at the same time, motorsport at Levin was doomed. Part of the track, including the main straight was to subsumed by an enlarged horse racing circuit, paddocks and other facilities, so the chequered flag finally fell on motorised sport.

With the new Manfeild circuit opening up on the outskirts of Feilding in 1974, there was at least another facility for racing to transfer to, with Levin left to live on in the memories of all those who raced or spectated there.

The Levin Motor Racing Circuit was located in the town of Levin, near Lake Horowhenua on New Zealand's North Island. The track was located roughly halfway between Wellington and Palmerston North.

Today nothing remains of the circuit itself, bar some earthworks on aerial photographs which show where the section to and from the hairpin once lay. Ironically, the horse racing circuit whose expansion brought about the demise of the circuit has itself now been downgraded to a training facility only, with races including the annual Levin Classic transferring from 1990 onwards to nearby Otaki Racecourse. 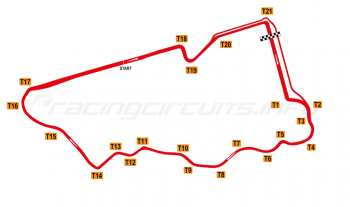 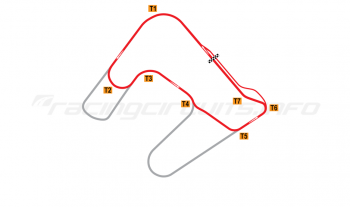 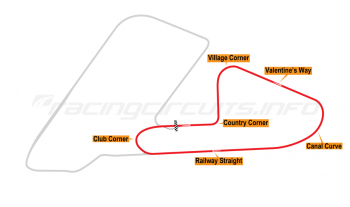