Highlands Motorsport Park has quickly established itself as one of the premier facilities on New Zealand's South Island, boasting a challenging multiple-layout track, motorsport museum and a restaurant.

The NZ$25 million complex sits on 88 hectares of land near Cromwell, in the southern portion of the island.

Open seven days a week, the circuit and its ancillary facilities are  the #1 rated activity in the region.

Plans for the circuit, built next door to an existing speedway oval track, were first mooted in 2006, when a supporters trust bought 92ha of land from the district council specifically for the development, which was designed to complement existing vehicle testing facilities at nearby Wanaka. A year later, planning consent was given for a multi-use motorsports park.

Thereafter, things stalled for several years while the funding to complete the facility was sought, but in February 2012, the trust company was bought by Australian millionaire businessman Tony Quinn who made his money through the VIP pet food brand. As a keen racer himself, the ex-pat Scot had amassed a collection of race cars which he and son Klark regularly raced and were looking for a world-class facility to house them. The undeveloped Cromwell land looked ideal, particularly as Quinn owned a property in nearby Queenstown.

The Quinns set about revising the track plans, seeking to design a more challenging and memorable layout. Their plans called for a 4.8 km main course featuring bank corners, fast sweepers and even a crossover bridge. By Easter 2012 the revised plans had planning consent and ground works began almost immediately.

Using mainly local contractors, the facility sprang up impressively quickly, despite the large scale. By January 2013 it was largely complete and boasted six different circuit configurations, three of which could be run simultaneously.

A grand opening event in April 2013 was attended by between 7000 and 8000 people, who watched on as Kiwi racing legend Jim Richards cut the ceremonial ribbon to declare the facility open, before becoming the first driver to turn a lap in Quinn's McLaren MP4-12C GT racer. Richards described the circuit as "world class – as good as anything overseas."

"The track is sensational; a man's track, old school... Too many modern-day tracks tend to treat drivers as if they should be wrapped in cotton wool. On this track, if you make a mistake, you'll pay for it, and it'll be an expensive day."

Three major racing festivals are held each year, the highlight of which is the now annual Highlands 101 endurance race, pitched as New Zealand's answer to events at Bathurst. GT and touring car machinery compete over 101 laps or three-and-a-half hours of racing, with a special variation on a traditional Le Mans-style start. Co-drivers line up at the end of the pit lane in order of qualifying and run to their cars lined up along pit road, handing over a flag to their team at which point the starting driver can set off.

Alongside racing, there is plenty of other activity at the complex, including testing, manufacturer days and experience days, when you can lap the course in a V8 Supercar or take a 'taxi' ride in the circuit's Porsche Cayenne Turbo. Adjacent to the course sits the motorsport museum, which tells the story of New Zealand's long racing history and has a collection of iconic Kiwi and Australian cars, trucks and bikes. You can also relax in the surroundings of the restaurant and winery, take in the sculpture park or enjoy a round of crazy golf on the Bathurst Mount Panorama-shaped course.

Planning a visit to Highlands Motorsport Park? Find the best deals near to the circuit on hotels, apartments and rooms to rent from the map below.

Highlands Motorsport Park is located near to the town of Cromwell in central Otago region, on New Zealand's South Island.  The nearest airport is at Queenstown, around 45 minutes drive to the east of the circuit, offering flights to Australia and other New Zealand airports.

The circuit is alongside state highway 6, which connects Cromwell with Queenstown to the west and Invercargill to the south.

Parking is available on site, while a shuttle bus operates between the town and circuit on major event days. 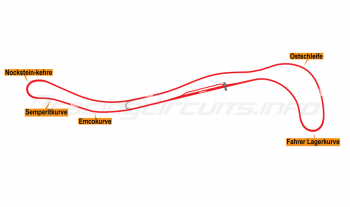 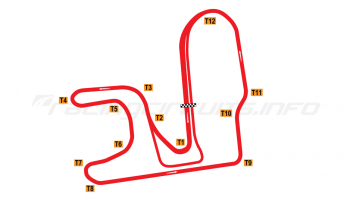 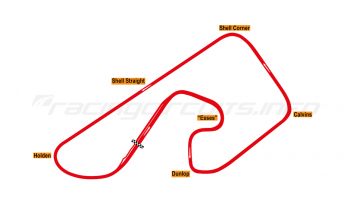