Hampton Downs is one of New Zealand's busiest tracks, thanks to its challenging modern layout and proximity to the large Auckland and Hamilton conurbations.

Built to provide a new home for North Island motorsport enthusiasts, the circuit has was initially opened in truncated form until finances were in place for the full layout to be completed.

Under the ownership of Tony Quinn this was finally accomplished in 2016 and the circuit has gone from strength to strength ever since.

The story of Hampton Downs begins with Tony Roberts and Chris Watson, two motorsports enthusiasts and some time racers, who were frustrated with the problems of finding a suitable venue for running modern machinery. Pukekohe Park, with its many restrictions imposed by its simultaneous use for horse racing, was frequently fully booked, while the country's other circuits were a considerable distance away.

The pair began raising finance to realise their dream and commenced a search for suitable land. In 2004, they seemed to have found an ideal plot; a farm in North Waikato which had around 400 acres of adjoining land that could be parcelled together. "It seemed an ideal location in many ways with few residential sites nearby," said Roberts. "It was near the already established Meremere drag way – so there was some history of motorsport in the area – and with easy access of Highway One."

The site also had the benefit of being located next to a landfill site and a prison – not often considered plus points for many developments, but in this case it meant that there were not likely to be the usual complaints from householders over noise nuisance!

A deal was soon struck and the complicated process of obtaining resource consent began. This took 12 months and around NZ $1 million, but finally was granted late in 2006. In the meantime, the project had continued to move on with the appointment in 2005 of Clive Bowen, through Kiwi Dick Bennett's West Surrey Racing concern. Bowen would be responsible for the detailed design work on the circuit and its FIA homologation.

Key to the whole project was the construction and sale of 60-80 apartments, which would be offered for sale or lease to enthusiasts, companies and investors and provide unimpeded views of the circuit. Described as a 'petrolhead's paradise' they were quickly snapped up, raising some NZ $26 million in the process. Alongside the back straight a 170,000 square metre industrial park was also planned.

Finally, on February 23, 2007, construction work began. A1GP racer Jonny Reid was at the helm of an excavator to cut the first slice of land (his father's company having won the tender to undertake the earthworks) watched by a small crowd of people, many of whom were the early purchasers of apartments.

Construction proved a slower-than-anticipated process as one of the wettest winters in a decade frustrated efforts to complete the circuit by its original 2008 deadline. Gradually, however, the facility emerged, with considerable earthworks required as the contractors literally moved mountains to create the contoured landscape. In the meantime, the inmates at the Springhill Correctional Facility went into full swing to bolt together tyre barriers from some 47,000 car and truck tyres...

On October 18, 2009, Hampton Downs Motorsport Park was finally open for business (albeit with temporary pit facilities as the buildings were yet to be completed). Used for driver training and various events initially, the first competition motorsport came in January 2010, when the circuit hosted the New Zealand Festival of Motorsport and was officially declared open by Waikato District Mayor Peter Harris. A crowd of 24,000 watched the racing, which was celebrating New Zealand ace Bruce McLaren.

In May, the circuit was host to a stage of the World Rally Championship, when 22,000 turned out to watch the Super Special Stage, with supercross and V8 Utes filling in the gap between the morning and afternoon runs of the rally drivers.

In January 2011, the new pit buildings were ready for action and the track hosted a variety of club and national motorsport events. At the end of the year, some re-sealing was made at the high-wear corners and the paddock area also received some attention. The year ahead would see some significant milestones for the circuit, as it ramped up the calibre of events hosted.

The 2012 New Zealand Festival of Motor Racing was held in January, featuring the largest ever gathering of F5000 cars (38 in all!), in which Michael Lyon's broke the minute barrier to set a new lap record of 59.840s. Later in the year came the debut of the new V8 SuperTourers, who cheered on Greg Murphy to victory in what proved a hugely popular meeting. The same year saw the track's resource consent amended to allow up to 50,000 spectators per day.

In June 2015, the circuit changed hands when Tony Quinn completed his purchase for an undisclosed amount, adding Hampton Downs to his portfolio of business interests, which include the Highlands Park facility in Cromwell. He pledged to build the club circuit extension and to develop the facility so that it can attract international events, including a possible future V8 Supercars round. Other categories such as World Superbikes could also be on the agenda.

Over the southern hemisphere's winter of 2016 the club circuit extension was completed, with major $25 million refurbishment of all other facilities and the circuit's operations.  The new International circuit made its debut in October 2016 when it hosted the Hampton Downs 101 - a round of the Australian Endurance Championship featuring the exotic GT3 cars of the Australian GT Series. The series repeated its visit in 2017.

In January 2020, it was announced that Hampton Downs would step in as the host of the ITM Auckland Super400 Australian Supercars round, when noise restrictions at Pukekohe meant that it was unavailable for the scheduled weekend, falling as it did over the Anzac Day celebrations. However, the race never took place, after travel restrictions between Australia and New Zealand proved insurmountable.

Planning a visit to Hampton Downs? Find the best deals near to the circuit on hotels, apartments and rooms to rent from the map below.

Hampton Downs is located at Meremere on New Zealand's north island, approximately 60 km south of Auckland and 65 km north of Hamilton, both around 45 minutes' drive away. Auckland Airport is even closer at 55km (taking approximately 40 minutes).

The track is easy to reach by car, being located just off the State Highway 1 – just turn off at Hampton Downs Offramp. There is ample parking available at the circuit. 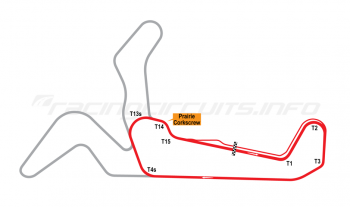 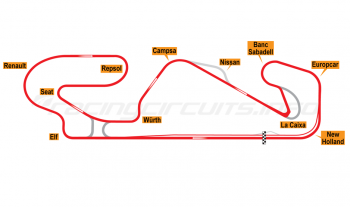 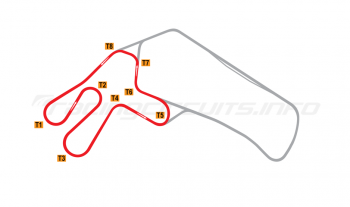