The compact Winton Motor Raceway describes itself as 'Australia's action track' and it's a nickname that's well earned; there is usually incident aplenty as the tight and twisty sections combine with longer straights to create numerous opportunities for drama.

Winton is also one of Australia's busier facilities, being a popular testing facility for the Victorian-based Supercar teams.

The circuit was built by the Benalla Auto Club as a replacement for the earlier track at Barjarg, in the undulating hills at the base of the Strathbogie Ranges, between Benalla and Mansfeild. This had operated from 1958 to 1961 and was rough-and-ready affair, with a giant boulder protruding from the oil-bonded dirt surface in the middle of the main straight. Despite numerous efforts, it proved too big to move, so remained as an additional hazard for racers to negotiate!

Barjarg would prove only to be a short-lived affair, as the club wanted to establish a permanent facility nearer to Benalla. Funds were raised and by June 1960, plans were announced for a new £10,000 circuit on the Winton Recreation Reserve. Construction of the 1.3 miles course took around 12 months to complete and the inaugural meeting was slated for April 1961. Delays in finalising the circuit meant that the April fixture was switched back to the Barjarg course, but by November the circuit was ready, the last layer of asphalt having been laid a few days ahead of its first meeting.

The circuit's first meeting ion 21 November 1961 included the entry of local star Barry Stilo, who set the track's very first outright lap record, a now modest time of 1 minute 24.2 seconds in a Faux Pas (the current lap record for the short circuit is 52.9900s, set by Mark Larkham in April, 1992 in a Reynard 90D). The first championship took place the following year on 9 December, when the Victorian Formula Junior Championship paid its first visit.

The course proved popular, with the Benalla Auto Club's great promotion, advertising and organisation drawing in crowds, who found a very accessible and spectator friendly course. Drivers found a challenging course, which left little time to draw breath as corner followed corner in quick succession. Dick Johnson once famously said Winton was "like running a marathon around your clothes line", a description it's hard to find fault with.

Over time the circuit rose from its humble club origins to national prominence. Rounds of the Australian Drivers' Championship and the Australian Sports Car Championship became established during the 1970s, while the circuit's Rose City 10,000 event saw the big F5000 cars power round Winton's tight confines later in the decade. The 1978 event even managed to convince F1 World Champion James Hunt to come and play, the Englishman dominating the event in an Elfin MR8 B-C in his one and only race appearance in Australia.

By 1985, Winton's star had risen high enough to be awarded a round of the Australian Touring Car Championship, the event quickly taking over from the Rose City 10,000 as the biggest event of the year. Crowds were huge and increased year-on-year as spectators from north-east Victoria flocked to see drivers such as Jim Richards, John Bowe and Glen Seaton take the chequered flag.

The Club undertook a $500,000 upgrade in 1995 with the widening of some sections of the track and a new surface laid. This proved the first part of a major upgrade, with the club investing $1.1 million to add a new one kilometre 'National' extension in 1997. This saw the course divert along a new straight ahead of the old Turn 9, through a short shoot and back along another long straight with a new pit lane, rejoining the old courses at the Esses. Permanent pit garages would follow in subsequent years along with a 1,000 seat corporate pavilion, a three-storey race control building and a new media centre.

Today the V8 Supercars are the headline attraction at Winton, while the Australian FX Superbike Championship is the top two-wheeled category to visit the facility. The Shannons Nationals, a meeting for historic racers and numerous local championships fill out the racing calendar, while the circuit retains a busy track day, testing and promotional event schedule.

Planning a visit to Winton? Find the best deals near to the circuit on hotels, apartments and rooms to rent from the map below.

Winton Motor Raceway is located near to the town on Benalla in north-east Victoria, Australia. The nearest international airport is at Melbourne, around 124 miles /200km to the south. For domestic flights, Albury Airport is closer, around 68 miles /108 km to the north-east.

The circuit is easy to reach by road, being located just of the main Hume Freeway and just 15 minutes from the centre of Benalla.

The nearest railway station is at Benalla, served by the Albury-Wodonga V/Line rail service and the twice daily CountryLink XPT service to and from Sydney. 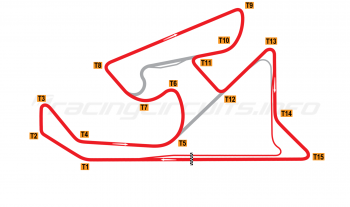 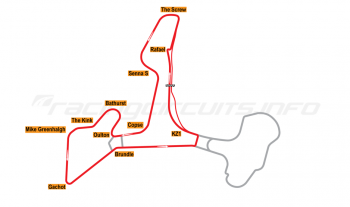 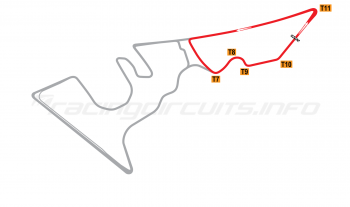