Symmons Plains is Tasmania's premier racing facility and one of Australia's oldest circuits, having been in continuous operation since 1960.

Short and fast, it has been a long-standing fixture on the local touring car scene and its annual round of the Australian Supercars is the largest sporting event in Tasmania.

As well as Supercars, the circuit is also host to Australian Superbikes and the new for 2021 Race Tasmania event, with the TCR Australia cars among the headline acts.

By 1960, the circuit was asphalted and ready for action. The circuit had mild elevation changes and was noted for its flat-out blasts to and from a tight hairpin. Resembling a pork chop with and extended bone, the circuit was noted for its unusual start/finish position, located on a curve. The pit lane was also crammed into the centre of the course in a somewhat illogical spot which rather restricted space. The long straight and tight hairpin put a premium on horsepower, braking and traction.

Symmons Plains soon became a busy circuit for the local racing scene and by the middle of the 1960s began its rise to national prominence. In 1966 the Australian Driver's Championship paid its first visit, Greg Cusack winning in a Lotus-Climax, a feat he repeated the following year in a Repco Brabham. It was touring car racing however which really propelled Symmons Plains into the big league, starting in 1969 and running continuously until 1999. Over this period, greats such as Alan Moffatt, Peter Brock, Colin Bond, Allan Grice, Dick Johnson, Robbie Franceivic and George Fury all tasted victory, with Brock taking five wins, a record only equalled in the modern era by Jamie Whincup.

The basic layout of the circuit has remained unchanged over the years, but the rather primitive pits and paddock facilities have received a number of upgrades. In 1994, a new pit lane was built on the outside of the circuit, greatly increasing the amount of space available for teams. The start/finish line was relocated to a more conventional position in front of the new pits at the same time.

The loss of the V8 Supercars after the 1999 race was a body blow to to Tasmanian motorsport and it took investment from the State Government to bring the series back. In 2004, a $3 million upgrade was carried out, with numerous safety upgrades and the creation for the first time of permanent pit garages, complete with hospitality and conferencing facilities. A new section of track was added after turn two, for use by motorcycle racers, to provide a safer run on to the straight to the hairpin and general resurfacing took place around the lap.

The efforts were rewarded when the circuit regained its V8 Supercar slot from 2004, with 60,000 fans turning out to watch Russell Ingall take victory. In 2009, the future of the circuit was secured when it was sold by the Youl family to the Motorsports Tasmania consortium, which had operated the circuit since 2000 and also owns the State's other permanent circuit, Baskerville.

A new deal to keep the Supercars at Symmons Plains until 2019 was signed in 2014, with a $2 million investment in circuit safety upgrades pledged by the Tasmanian Government. This will leave the layout unaltered but see the circuit's remaining tyre walls replaced with concrete or more permanent barriers and the installation of protective fencing in front of spectator areas between Turns 2 and 3 and the final 200m before the Turn 4 hairpin.

Motorsports Tasmania harbours ambitions to extend the track layout, having purchased land beyond the Turn 4 hairpin. State investment would be needed to make that a reality, so it remains to be seen if this becomes a reality.

A four-year extension between Supercars and the Tasmanian Government was announced in 2019, keeping the race in Tasmania until 2023.  Included in the deal is a pledge of $1.75 million  for facility improvements.

Planning a visit to Symmons Plains? Find the best deals near to the circuit on hotels, apartments and rooms to rent from the map below.

As an island state, the only way to access Tasmania by car is to take the Spirit of Tasmania ferry service from Melbourne to Devenport. The service is overnight throughout the year, with additional daytime services during peak times – sailing time is between nine and 11 hours. Alternatively, car hire is available at both airports.

By road, Symmons Plains is located directly alongside the Midland Highway, 30km south of Launceston. 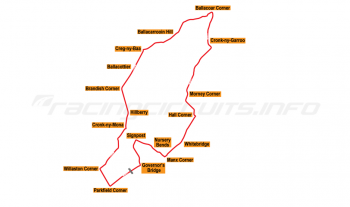 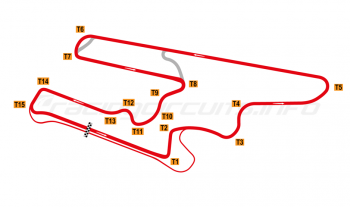 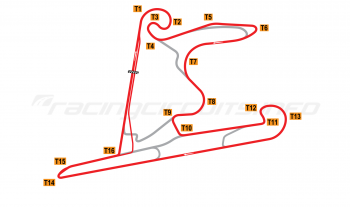