Sydney Motorsport Park, formerly known as Eastern Creek Raceway, is Sydney's only permanent track and one of only two in Australia with an FIA Grade 2 International license.

Built and owned by the New South Wales Government, the circuit is operated by the Australian Racing Drivers Club.

It has recently undergone refurbishment and extension to ensure it continues to meet the needs of the Australian motorsport community for years to come.  This has included a new extended layout and, more recently, the installation of lighting around the whole course, allowing operation at night.

The origins of the circuit begin in the mid 1980s, when the explosion of international interest in Australian motorsport saw increasing numbers of world championships scheduling events in the country. First came World Sportscars, then F1 and the World Motorcycle Championships. Sydney, without a suitable permanent facility, watched on as Adelaide, Melbourne and Phillip Island all secured these headline grabbing events. A consortium, which included Sir Jack Brabham, was formed to rectify this situation.

Plans for Sydney's a new track were put forward in 1989 and soon gained approval. Construction began a short while later but was delayed by poor weather and debates over land ownership. Finally, Eastern Creek International Raceway opened for business in July 1990 with a test superbike race. The new raceway was officially opened by then-New South Wales Minister for Sport Bob Rowland-Smith on 10 November 1990.

The circuit was a considerable step up from anything else available in Australia at that time. Built to the latest FIA and FIM standards, the circuit boasted a 4,000 seat grandstand overlooking the main straight, pit garages for 50 competitors, expansive run-off areas and a challenging layout, including an extremely fast and sweeping first turn. The race control tower soon became an iconic feature, appearing to be suspended as if by magic from a thin curved concrete pillar, giving officials a bird's-eye view of the track, paddock, medical centre and helipad.

Opportunity soon came knocking for the circuit to snag itself a major event. Australia's first Motorcycle Grand Prix had been held in 1989 at the Phillip Island circuit but a change in the Victorian State's laws outlawing tobacco advertising was placing the event in jeopardy. The New South Wales Government saw this as an opportunity to bring the race to Sydney and, in October 1990, a deal was made for the Grand Prix to be held at Eastern Creek from 1991 to 1993. Unfortunately, the consortium which had been formed to operate the circuit was in financial difficulties by 1991, so the complex was purchased by the New South Wales Government that year, with day-to-day operations entrusted to the Australian Racing Drivers Club.

The first Motorcycle Grand Prix duly took place on the weekend of 5–7 April 1991. In the top 500cc class, local heroes Wayne Gardner, Mick Doohan and Kevin Magee could do nothing to stop victory falling to American Wayne Rainey, though Doohan was at least a close second. In subsequent years, Doohan would take two wins (1992 and 1995) while Garry McCoy triumphed in the 125cc race in 1996. After securing an initial extension to its original three-year deal, the race switched back to Phillip Island for the 1997 season.

V8 Supercars made their first appearance at the circuit in 1992 and made annual appearances (save for 2006) every year until 2008. Thereafter, V8 Supercar switched its attentions towards its new race around Sydney's Olympic Park, but the Creek did get a reprieve in 2012 as a stand-in for a cancelled overseas event. After hosting the official pre-season test for a number of years, the circuit was included on the V8 calendar again in 2014.

The circuit soon became a motorsport hub, hosting drag racing along the front straight was well as categories such as the Australian Superbikes, FX Superbikes, World Time Attack and the Shannons Nationals. Outside of motorsport, the circuit became a popular concert venue, hosting some of Sydney's biggest events. A concert by Guns 'N' Roses attracted 93,000 spectators, while other acts to perform at the venue have included Bon Jovi and Pearl Jam.

A new international spotlight came in 2005, when the A1GP series paid the first of three visits to the circuit. The powerful single-seaters put on a good show and during the 2007 race, German driver Nico Hülkenberg set the outright lap record for the original circuit layout with a 1:19.142 lap time. After the latter event, A1GP circuit consultant Ron Dickson expressed the view that Eastern Creek needed an upgrade to continue to hosting the event. The circuit was duly dropped from the A1GP calendar, never to return as the troubled series would not continue beyond its 2008-09 season.

Despite the loss of A1GP, the circuit was as popular as ever, often being booked to full capacity year on year. The closure of nearby Oran Park Raceway meant that the ARDC was keen to increase annual revenue potential by accommodating additional business, so a feasibility study was commissioned to look at possible upgrades. British firm Apex Circuit Design, drew up plans for an extended and revised course featuring four layouts, two of which could be operated simultaneously. In addition to these track upgrades, Apex proposed a wider site development that includes industrial parks, a museum, tuning shops, entertainment zones, corporate hospitality and a road safety driving school.

Track upgrades for the future

It took several years to obtain necessary funding, but in 2011 the New South Wales Government provided $7 million to perform upgrades, with the ARDC stumping up an additional $2 million. This was less than would be to perform the full Apex design, but a modified proposal was put into action. This called for a new extension to the southern track which would benefit from its own pits and paddock for the first time to enable independent running. The old Turn 6/7 complex was modified, removing the left-right chicane and creating a single right-hand bend. Elsewhere, a general refurbishment of the main pit and paddock included the construction of a new race control tower.

Construction began in June 2011, with a new piece of road joining turns four and nine. This link road, finished in October 2011, created the new 'Druitt Circuit'. An 830-metre extension on the south-eastern part of the circuit was completed in May 2012 to create the new 'Amaroo Circuit' and could be combined with the refined Grand Prix course to form a longer 2.8 mile course. This was duly named the Brabham course in honour of the double F1 World Champion. The modified original Grand Prix course also acquired a name, being dubbed the Gardner Grand Prix course after the 1987 World Motorcyle Champion.

The revised circuit was itself given a new name to accompany its new layout, with the ARDC announcing it would henceforth be known as Sydney Motorsport Park in May 2012.

Planning a visit to Sydney Motorsport Park? Find the best deals near to the circuit on hotels, apartments and rooms to rent from the map below.

By car, if approaching from the city, take the M4 Motorway and exit at Reservoir Road to the Great Western Highway. Turn right (to go under the M4) then turn left to get onto the Great Western Highway, and then left into Brabham Drive at the traffic lights opposite the Shell service station on the corner. Once you reach the roundabout at the end of Brabham Drive (near the Chifley Hotel) turn right and follow Ferrers Road around the Gate A entry.

Alternatively, those travelling from the north of the city may take the M2 and M7 Motorways, exiting at the Great Western Highway at Eastern Creek. Turn left onto the Great Western Highway, and then right into Brabham Drive at the Shell service Station. Again, once you reach the roundabout at the end of Brabham Drive (near the Chifley Hotel) turn right and follow Ferrers Road around the Gate A entry.

Public transport options are slightly limited, but you can take a train from the CBD to Blackwood (12 kms from the circuit) and then catch 724 bus to Huntingwood Dr. (Opposite Integral Energy) and then walk to the circuit down Brabham Dr to Sydney Motorsport Park (Gate A).  However, the bus service operates a limited timetable at weekends, so you will need to check timetables or arrange a taxi to and from the circuit and the railway station. 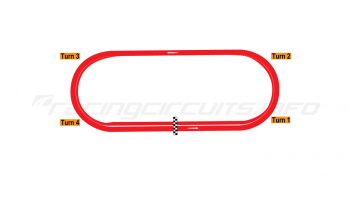 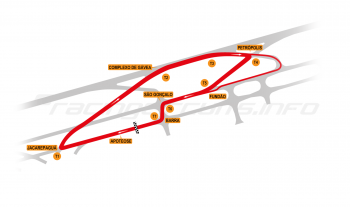 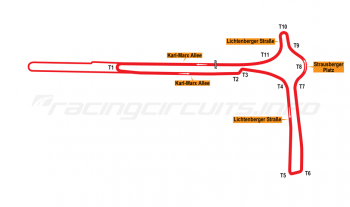